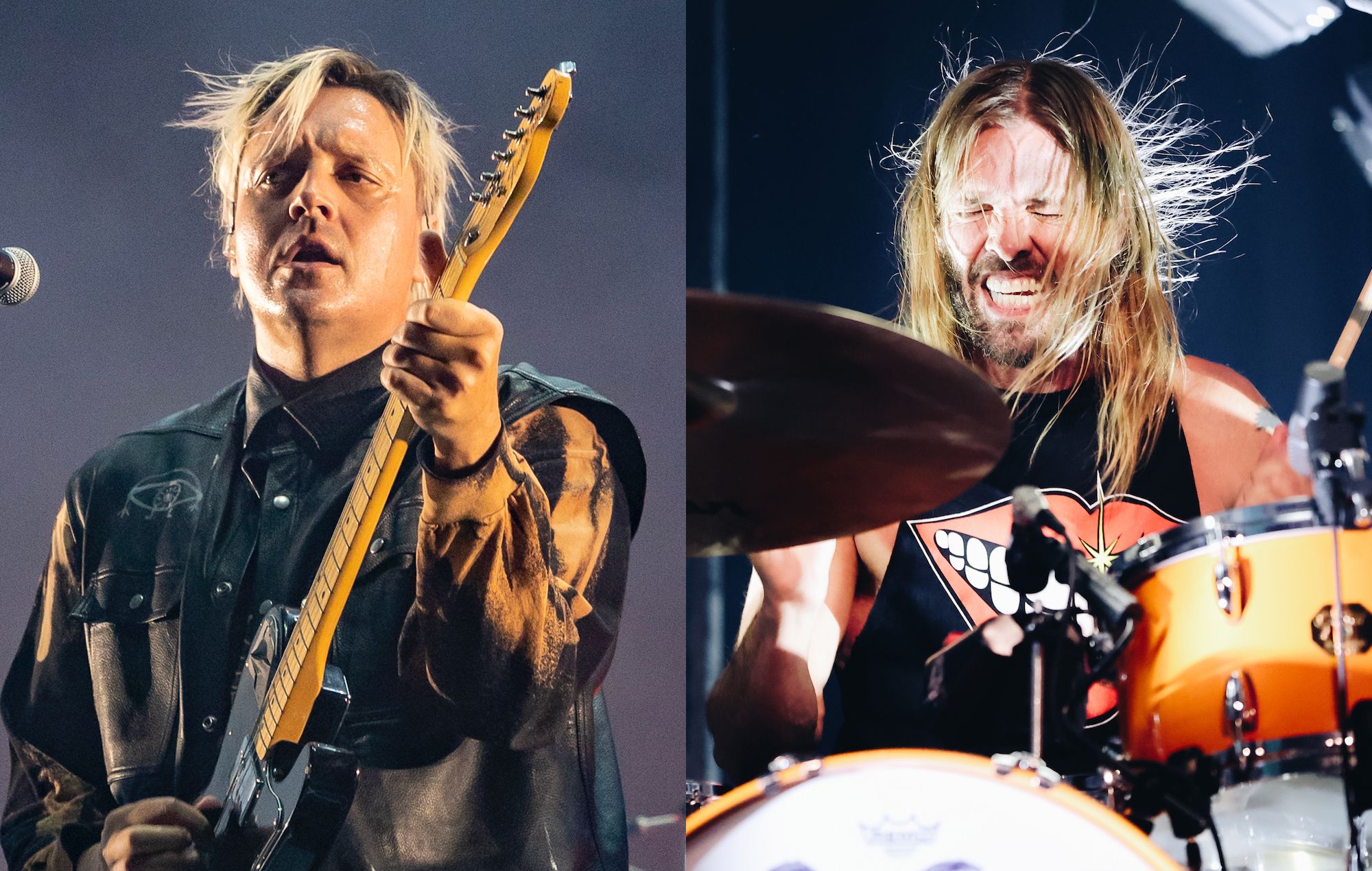 Arcade Fire on the undying legacy of Taylor Hawkins: “He was just a real-deal rock’n’roller”

While Arcade Fire were on the ground at this year’s Osheaga Festival in Montreal, Canada – where they filled in for the Foo Fighters – frontman Win Butler and guitarist Richard Parry spoke warmly about the late Taylor Hawkins.

Prior to their headlining set, Butler and Parry sat down with iHeartRadio, where journalist Jason Rockman asked if their role on the festival – filling the space left by the Foos, who dropped out after Hawkins’ passing back in March – had left Arcade Fire feeling any pressure to succeed. Though he didn’t specify whether or not that was the case, Butler did note that he’d met with Hawkins “a couple of weeks before he passed”.

Reflecting on his friendship with the late drummer, Butler continued: “Every single time I ever hung out with them, we were just talking about music, and reminiscing about old shows. He was just like a real-deal rock’n’roller, you know? But I think sometimes people don’t appreciate how much wear and tear… getting up every night, going on stage, and the relentless touring – it’s a lot, you know what I mean? And there’s collateral damage from doing it.”

On how the singer reckoned with Hawkins’ untimely passing, Butler added: “It’s always a reminder that, you know, a lot of this stuff is out of our control… It’s important to appreciate the day to day. I think those reminders are sort of around us all the time – we’re just usually not paying attention to them because we’re just trying to get on with it.”

Hawkins passed away in Bogotá, Colombia on March 25. He was 50 years old.

Though they’ve cancelled all touring plans for the foreseeable future, the Foos will host two shows in Hawkins’ honour – one in London and one in Los Angeles – this September. Both will feature sprawling rosters of special guests, including Nirvana‘s Krist Novoselic, former Led Zeppelin bassist John Paul Jones, Pink, Nile Rodgers and Greg Kurstin.

Meanwhile, Arcade Fire’s set at Osheaga marked their first Canadian show in four years. There, they covered Wolf Parade’s 2005 track ‘This Heart’s On Fire’, and showcased tracks from every one of their six studio albums (including seven from this year’s ‘WE’).

The band’s world tour for ‘WE’ kicks off properly next month, with the band set to perform extensively across the UK, Europe and North America. You can view ticket details and further information here for the UK and here for North America.

Arcade Fire has partnered with the social and environmental justice non-profit PLUS1 on the tour to ensure that £1/$1/€1 from every ticket will go to KANPE, a foundation committed to supporting the most vulnerable communities in Haiti.