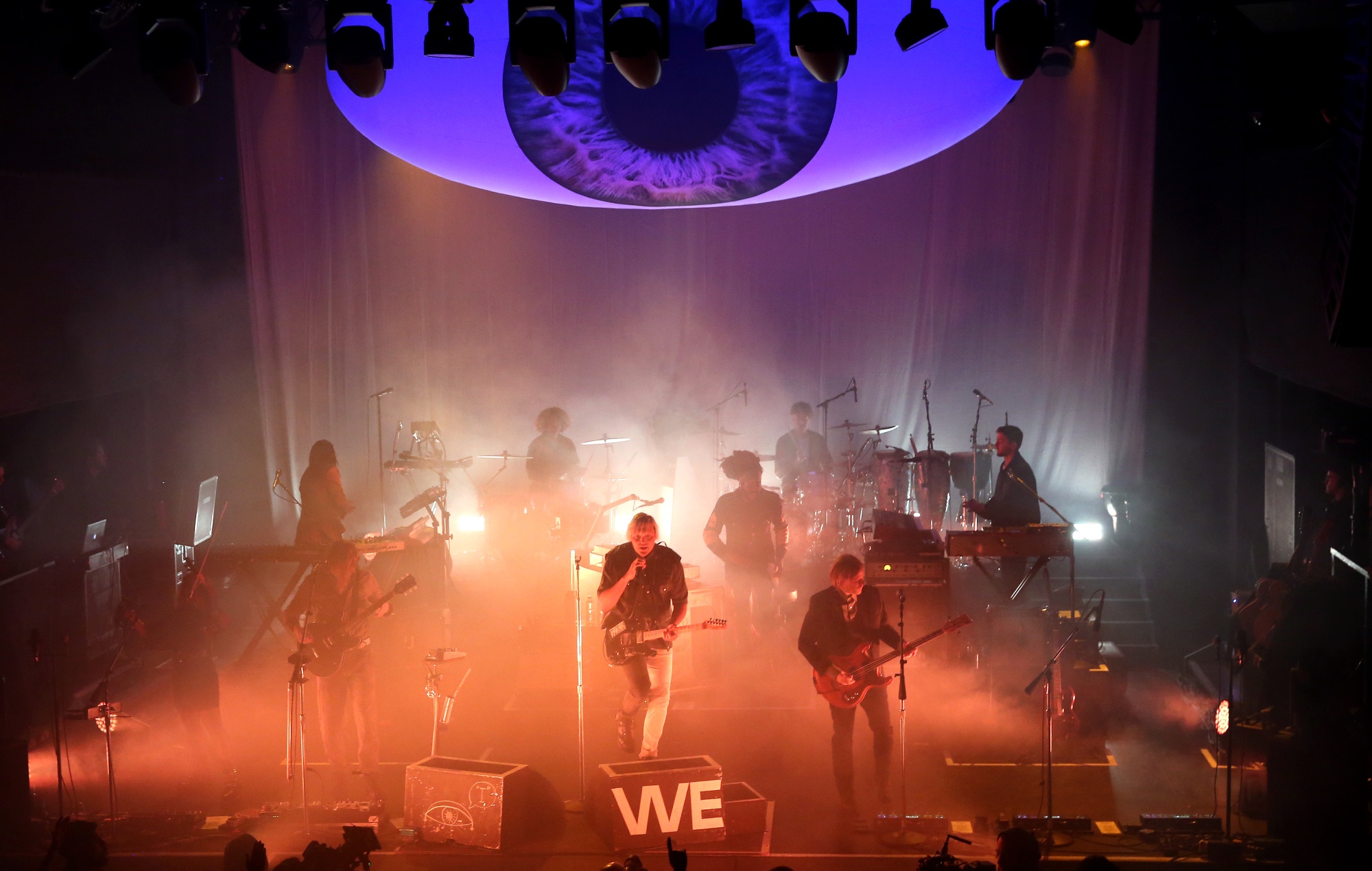 Arcade Fire appeared on Saturday Night Live last night (May 7), performing two tracks from ‘WE’ and seemingly speaking out about abortion rights.

Earlier this week, a leaked draft from the US Supreme Court suggested the organisation is preparing to overturn Roe V. Wade – a 1973 ruling that made abortion legal on a federal level.

After a powerful performance of ‘The Lightning I,II’, vocalist Win Butler returned to the mic to say “a woman’s right to choose forever and ever and ever. Amen.” Check it out below.

Later in the show, the Canadian group played the joyous ‘Unconditional I (Lookout Kid)’ which was dedicated to Régine Chassagne and Butler’s son Eddie. It ended with the vocalist telling his mum he loved her.

This week, artists such as Rage Against The Machine, Halsey and Phoebe Bridgers have also spoken out about the plans to overturn Roe V. Wade.

Lorde addressed the issue at her LA show, giving a lengthy speech about the possible loss of abortion rights in the country. “Like so many of you, I’ve been sickened and heartbroken this week by the news that there are some people who think that our bodies are not our own,” she said.

Olivia Rodrigo also discussed the subject during a recent gig in Washington D.C., telling her fans: “Our bodies should never be in the hands of politicians. I hope we can raise our voices to protect our right, to have a safe abortion, which is a right that so many people before us have worked so hard to get.”

Arcade Fire released their sixth album earlier this week (May 6). Speaking to NME, Butler explained how the group felt the backdrop of global uncertainty – the second, and deadliest, COVID wave in the US and the 2020 US presidential election – while making the record.

“In the background there was this election, this fucking Trump election, and we’re thinking, ‘Is this really our life now? Is this guy really going to fucking win again and we’re all going to be fucked?’” Butler said.