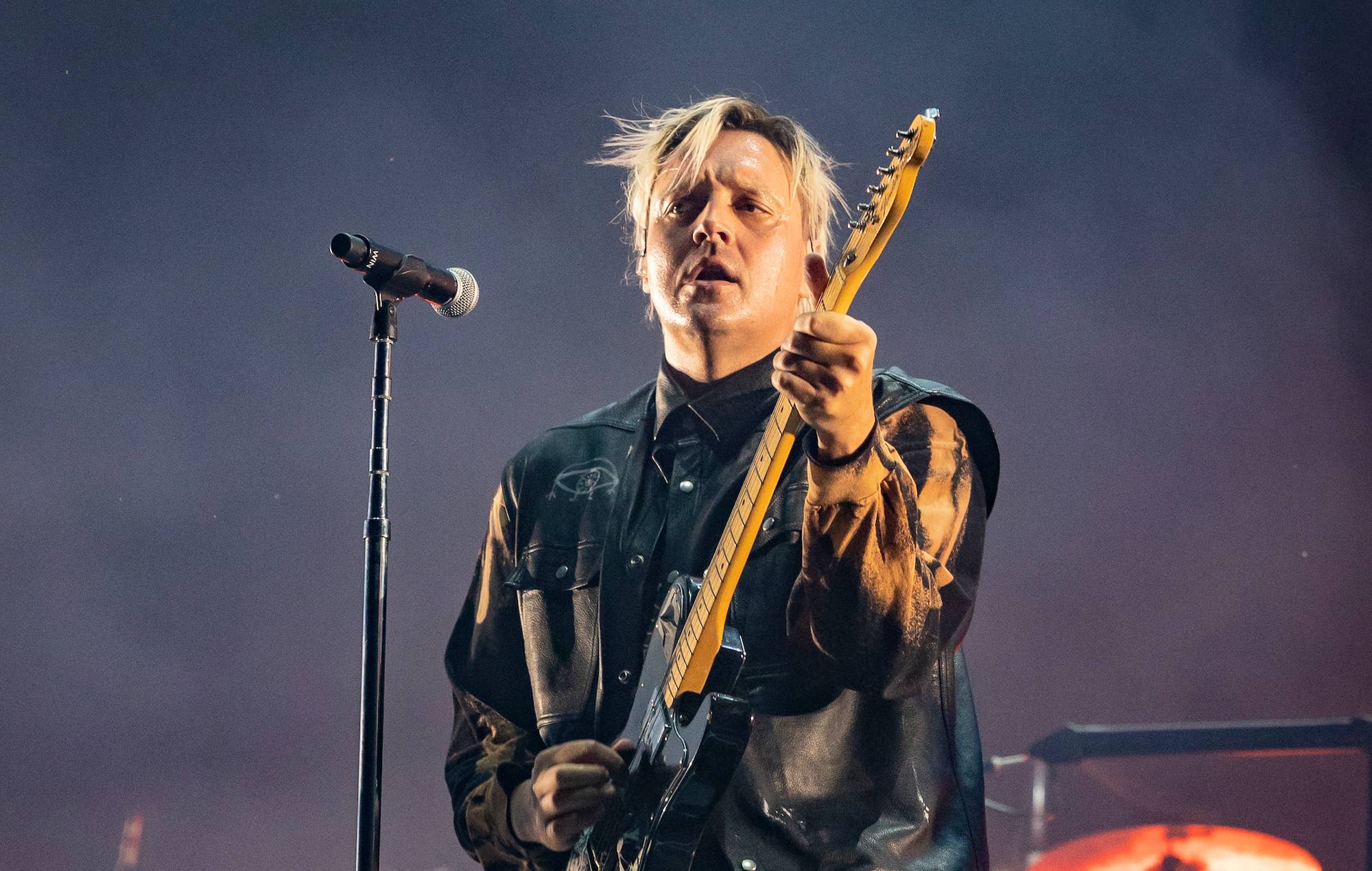 Arcade Fire frontman Win Butler has been accused of sexual misconduct by four people, allegations which he denies.

In a new investigation from Pitchfork, four people – who were between 18 and 23-years-old at the time of the alleged interactions between 2015 and 2020 and asked to use pseudonyms when sharing their stories – accused Butler of “inappropriate” actions.

In a lengthy statement shared with Pitchfork – which you can read in full below – Butler said he was “very sorry to anyone who I have hurt with my behaviour” but that “these relationships were all consensual”.

He added: “I fucked up, and while not an excuse, I will continue to look forward and heal what can be healed, and learn from past experiences.”

Butler’s wife and Arcade Fire bandmate Régine Chassagne also shared her own statement, in which she said: “I know he has never, and would never, touch a woman without her consent and I am certain he never did.”

Included in the story is an allegation from ‘Lily’ (they/them), who alleges that, after meeting him at a concert in Montreal at the start of 2015, Butler touched her non-consensually while in a car, and gave them a kiss that they “I did not ask for”.

Lily then alleged that, at a further meeting at their apartment, Butler “pinned me up against the wall and was aggressively grabbing my body and sticking his tongue down my throat” which they say was “so not OK in the context” and referred to as “manipulation”. Addressing this specific allegation, Butler said that he “[doesn’t] remember who initiated it but it was definitely mutual”.

Elsewhere, a woman who is identified by the pseudonym Stella, alleges that, after interacting on Instagram when she was 18-years-old, Butler began “repeatedly sending her explicit texts without her consent or reciprocation”. Stella made a public allegation against Butler on Instagram in July 2020 in which she called him a “sexual predator,” and further allegations were made in the comments of the post by Lily and another woman who had consensual sexual encounters with Butler.

Responding to the allegation from Stella in his statement, Butler said: “Later, we met up for a drink and she got quite drunk and was asking me forcefully if there was somewhere we could sleep together. I didn’t feel right about it and put her in a cab and made sure she made it home safe.”

Of his 18-year age difference with Stella, Butler added: “I didn’t realise the significance of the age difference at the time. I can now see how it could be overwhelming thinking back to when I was 18, but at the time I didn’t appreciate that.”

Two further women, referred to by the pseudonyms Sarah and Fiona, alleged that Butler began messaging them in 2018 and 2017 respectively, when Fiona was 20 and Sarah was 23, asking for them to send him explicit videos. According to the report, one message to Fiona from Butler was alleged to have read: “Just promise me it’s private and you won’t tell people I messaged you or screen grab it or anything!”

Of the alleged exchanges, Sarah told Pitchfork: “He used me, basically, as his personal therapist, and easy way to get sex over the phone. The FaceTimes would be strictly: he gets off, hangs up. I felt sick every day after I did it.”

In response, Butler says that he and Sarah “started sexting and talking a lot” but he began to feel “uncomfortable” with her presence, and said he “had to tell security to make sure she didn’t get too close”. Sarah responded by saying that Butler’s security never interacted with her.

After a sexual encounter with Butler in 2017, Fiona says she felt “incredibly low” and attempted suicide, telling Pitchfork: “The toll of having to keep everything secret, constantly pushing my needs aside in order to appease him, lack of boundaries, and the guilt of being the other woman was getting too hard to ignore.”

Butler responded: “Almost a year later she reached out to me again and said she missed me and wanted to sext again, which we did,” which Fiona denies. Butler added that “[Fiona] messaged me after saying that the experience of hooking up with me had been difficult on her mentally, which was really surprising and very sad to me”.

Reflecting on the situation, Fiona claimed that her depression and suicide attempt was “absolutely related to [Butler]”.

“I love Régine with all of my heart. We have been together for twenty years, she is my partner in music and in life, my soulmate and I am lucky and grateful to have her by my side. But at times, it has been difficult to balance being the father, husband, and bandmate that I want to be. Today I want to clear the air about my life, poor judgment, and mistakes I have made.

“I have had consensual relationships outside of my marriage.

“There is no easy way to say this, and the hardest thing I have ever done is having to share this with my son. The majority of these relationships were short lived, and my wife is aware – our marriage has, in the past, been more unconventional than some. I have connected with people in person, at shows, and through social media, and I have shared messages of which I am not proud. Most importantly, every single one of these interactions has been mutual and always between consenting adults. It is deeply revisionist, and frankly just wrong, for anyone to suggest otherwise.

“I have never touched a woman against her will, and any implication that I have is simply false. I vehemently deny any suggestion that I forced myself on a woman or demanded sexual favours. That simply, and unequivocally, never happened.

“While these relationships were all consensual, I am very sorry to anyone who I have hurt with my behaviour. Life is filled with tremendous pain and error, and I never want to be part of causing someone else’s pain.

“I have long struggled with mental health issues and the ghosts of childhood abuse. In my 30s, I started drinking as I dealt with the heaviest depression of my life after our family experienced a miscarriage. None of this is intended to excuse my behaviour, but I do want to give some context and share what was happening in my life around this time. I no longer recognised myself or the person I had become. Régine waited patiently watching me suffer and tried to help me as best as she could. I know it must have been so hard for her to watch the person she loved so lost.

“I have been working hard on myself – not out of fear or shame, but because I am a human being who wants to improve despite my flaws and damage. I’ve spent the last few years since Covid hit trying to save that part of my soul. I have put significant time and energy into therapy and healing, including attending AA. I am more aware now of how my public persona can distort relationships even if a situation feels friendly and positive to me. I am very grateful to Régine, my family, my dear friends, and my therapist, who have helped me back from the abyss that I felt certain at times would consume me. The bond I share with my bandmates and the incredibly deep connection I’ve made with an audience through sharing music has literally saved my life.

“As I look to the future, I am continuing to learn from my mistakes and working hard to become a better person, someone my son can be proud of. I say to you all my friends, family, to anyone I have hurt and to the people who love my music and are shocked and disappointed by this report: I’m sorry. I’m sorry for the pain I caused – I’m sorry I wasn’t more aware and tuned in to the effect I have on people – I fucked up, and while not an excuse, I will continue to look forward and heal what can be healed, and learn from past experiences. I can do better and I will do better.”

“Win is my soulmate, my songwriting partner, my husband, the father of my beautiful boy. He has been my partner in life and in music for 20 years. And for all of the love in our lives, I have also watched him suffer through immense pain. I have stood by him because I know he is a good man who cares about this world, our band, his fans, friends, and our family. I’ve known Win since before we were “famous,” when we were just ordinary college students. I know what is in his heart, and I know he has never, and would never, touch a woman without her consent and I am certain he never did. He has lost his way and he has found his way back. I love him and love the life we have created together.”