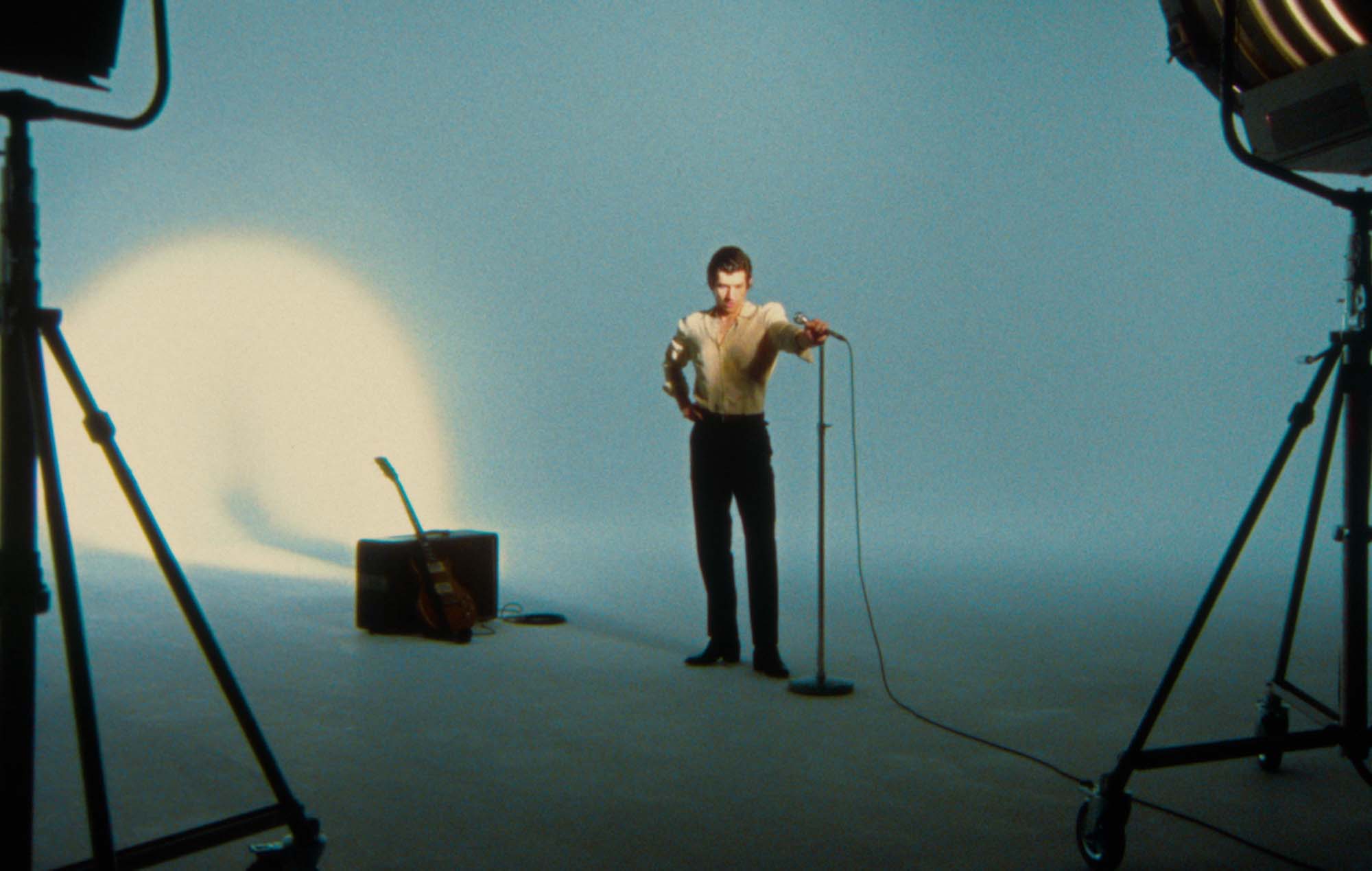 The song serves as the second preview of the band’s seventh studio album, ‘The Car’, which comes out on October 21 via Domino (pre-order here). Lead track ‘There’d Better Be A Mirrorball’ arrived last month.

Alex Turner and co. debuted ‘Body Paint’ during their intimate show at the Kings Theatre in Brooklyn, New York last Thursday (September 22). The latest visuals from ‘The Car’ era were directed by Brook Linder and filmed in London and Missouri.

Yesterday (September 28), Clara Amfo announced on BBC Radio 1 that the single would air as the radio station’s ‘Hottest Record In The World’ at 6pm BST today.

The group are due to appear as the musical guests on today’s edition of The Tonight Show Starring Jimmy Fallon, where they are likely to give ‘Body Paint’ its television debut.

In a five-star review of the Monkeys’ recent New York gig, NME described the new track as a “slow-burning guitar-backed” number, which includes the lines: “So predictable, I know what you’re thinking/ Still a trace of body paint around your legs, your arms, and your face.”

Meanwhile, Arctic Monkeys have shared details of a UK and Ireland stadium tour for 2023. The stint includes two huge homecoming shows at Hillsborough Park in Sheffield. Tickets go on general sale at 9am BST tomorrow (September 30) – purchase yours here.

During his first interview about ‘The Car’, Alex Turner told the Big Issue that Arctic Monkeys had come “back to earth” on the album following the divisive ‘Tranquility Base Hotel & Casino’. “On this record, sci-fi is off the table,” he said.