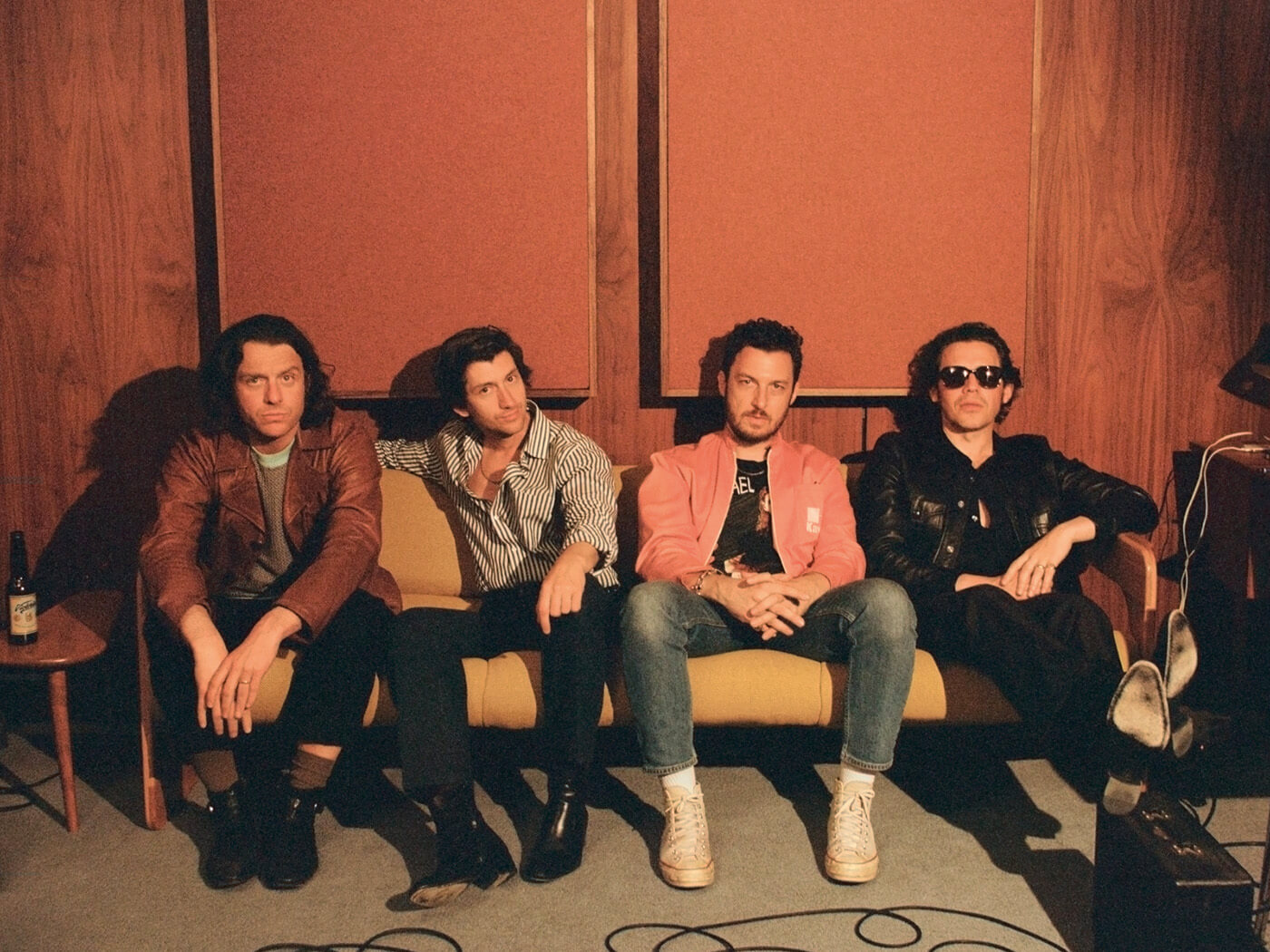 The car is one of the most potent symbols in rock’n’roll. Typically it stands for freedom, escape, personal agency and a mysterious, no-strings sexuality. But where rock’n’roll symbolism is concerned, Arctic Monkeys like to have their cake and eat it: whatever you think it is, that’s what it’s not. In lead single and album opener “There’d Better Be A Mirrorball”, the car is not the beginning of a new adventure but the end of one, the place to walk someone when giving them the ultimate brush-off: “‘Baby, it’s been nice’”.

This is a different Alex Turner to the one we’re used to hearing. Wrong-footed for once, he’s desperately trying to “throw the rose-tint” on a failing relationship, pleading poignantly for the slow-dance scene we all know he’s not going to get. However, “…Mirrorball”’s exquisitely fizzling romance is atypical of the album as a whole. Turner is soon back in his favoured role as cynical chronicler of a decadent milieu. As he once scrutinised Sheffield taxi queues, now he stalks cover shoots and riviera resorts, the Bryan Ferry de nos jours. And while there was a knockabout humour to the sci-fi Vegas fantasia of Tranquility Base Hotel & Casino, The Car on the whole feels pretty bleak. If golden boy was in bad shape then, he’s in real trouble now.

There’s a brilliant Ian Penman essay entitled “A Dandy In Aspic”, psycho-analysing Scott Walker’s early ’70s as he sinks into a comfortably numb “MOR limbo” of brown-carpeted studios and European TV spots. This is very much the mental terrain of The Car. “Let’s shake a few hands”, Turner declares unsteadily on the clipped orchestral funk of “I Ain’t Quite Where I Think I Am”, stumbling like a Xanaxed celebrity through a roomful of “stackable party guests” and “formation displays of affection”. On “Sculptures Of Anything Goes”, he’s a zombie pop star going through the motions, “performing in Spanish on Italian TV” while yearning pathetically for a simple love his chosen lifestyle has rendered impossible. And on “Big Ideas” he’s a burnt-out bandleader, singing “the ballad of what could have been”. He’s “conjured up wonderful things”, he coulda been a contender. But these days, “I just can’t for the life of me remember how they go”.

As always, the brutal precision of Turner’s observations and the way he relishes a smart turn of phrase brings these vignettes to life in a way that’s almost frighteningly vivid, even when his circuitous melodies don’t always land. “Sculptures Of Anything Goes” chillingly depicts a kind of Black Mirror-style dystopia, where meaningful experiences can only be accessed by means of a VR headset (“The simulation cartridge for City Life ’09 is pretty tricky to come by”). The suffocating sense of dread is underscored by a lurching industrial beat, in the manner of Portishead’s “Machine Gun”.

Meanwhile, the title track finds another way to recast our traditional symbol of escape as something both mundane and sinister. “It ain’t a holiday until you go to fetch something from the car”, croons Turner, darkly. At best, this is a mutually resentful couple making any excuse to escape each other’s company for a few moments. But as they’re “sweeping for bugs in some dusty apartment”, you suspect something even murkier is going on: maybe there’s a brick of cocaine in the glovebox, a cudgel in the boot? The arrangements nod knowingly to Jean-Claude Vannier and Piero Umiliani, all twanging bass, muted timpani and fin-de-siècle strings. It’s cinematic, but not in the traditional, ride-into-the-sunset sense. Mostly, this feels like one of those French arthouse films where a bourgeois get-together goes slowly very wrong.

There’s nothing here quite as spectacular as “…Mirrorball”, arguably Turner’s crowning achievement to date, worthy of a seat at the big white piano alongside Burt and Hal. Perhaps Side Two of the album could have done with more rockers, more drum-machine curveballs, a couple of tracks without the ever-present string cascade or guitar solos that sound like they’ve been painstakingly excavated from the site of Trident Studios, carbon-dated 1973. But on the other hand, this meticulous mood-setting is what allows the lyrics to take hold, expertly conjuring an exotic, enfeebled demi-monde of “blank canvases lent against gallery walls”, “Jet Skis on the moat” and “a four-figure sum on a hotel notepad”. It’s empty and amoral but it’s also irresistibly smooth and clever. Much like For Your Pleasure or Gaucho, The Car functions both as intoxicating advert and withering critique.

Has there ever been a band who’ve sold out football stadiums while releasing music as nuanced as this? Arctic Monkeys are having their cake and eating it, again.