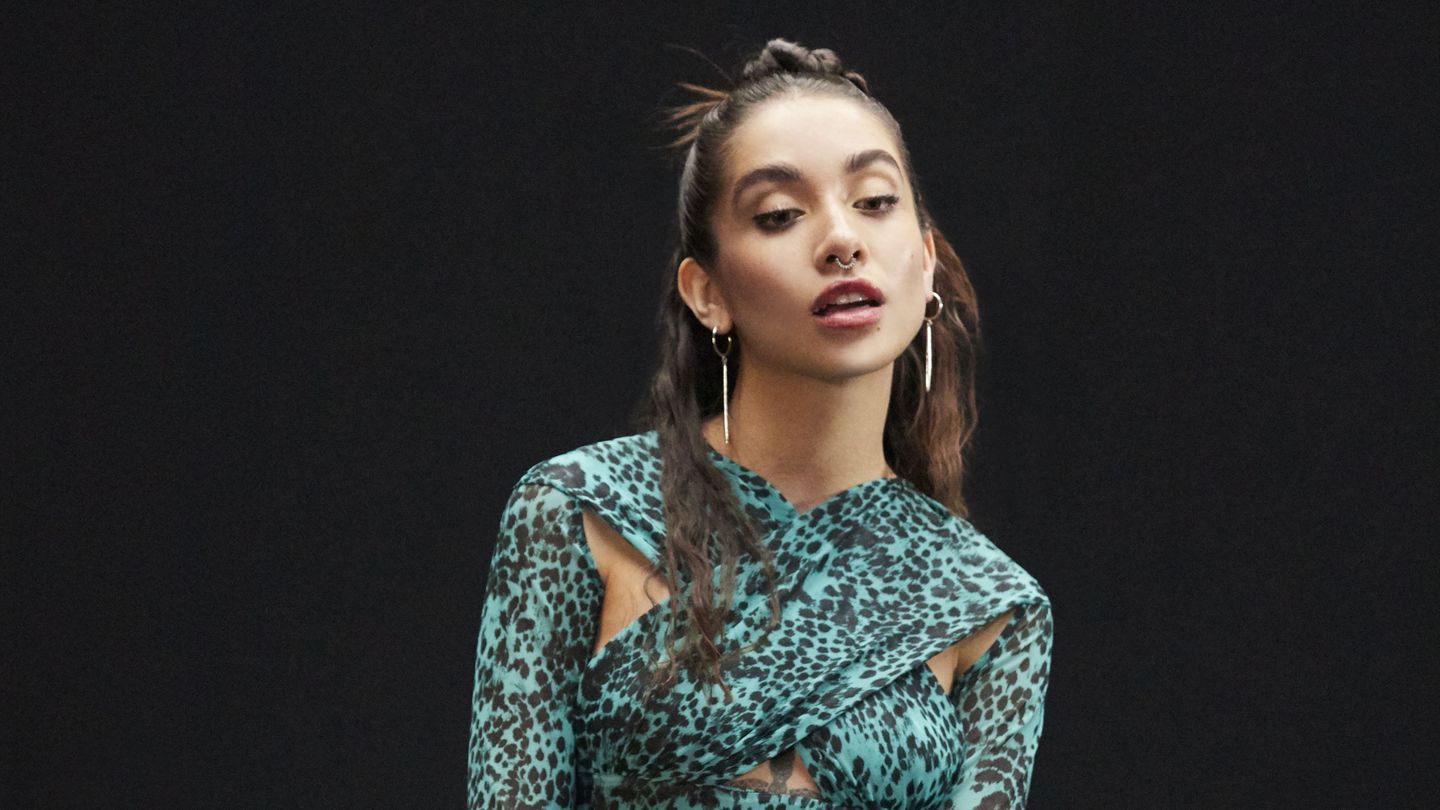 In the past year, María Becerra has become the biggest artist to emerge from Argentina. That’s thanks in part to her sex-positive album Animal, with its fierce title track featuring Cazzu and the girl-power anthem “Wow Wow” with Becky G, which pushes the boundaries of Latin music. As her country’s most-streamed act on Spotify with 23 million monthly listeners, Becerra and her captivating music are also making waves around the globe. The 21-year-old singer was even recognized by the Latin Grammy Awards with a Best New Artist nomination; she will find out if she takes home the trophy on Thursday (November 18).

“This is news that completely surprised me,” Becerra tells MTV News. “It’s major that this is a nomination for the Latin Grammys, and to have that with such a short career, and to be new and just getting started, it’s something that’s incredible and very important for me.”

Becerra hails from Quilmes in Buenos Aires. Her mother was a fan of pop stars like Mariah Carey and Whitney Houston, as well as Spanish opera singer Montserrat Cabellé, and she often watched the artists’ live performances on television. Becerra sang along and took note of how they moved and ruled the stage. In 2016, she started up her own YouTube channel where she uploaded personal vlogs, dance tutorials, and covers of songs like Ariana Grande’s “Dangerous Woman.” The online buzz led to a team-up with Argentine hit-maker Big One in 2019 for Becerra’s debut EP, 222. She put an angsty and atmospheric twist on the country’s Latin trap movement.

In 2020, Becerra became the first Latin artist to sign with 300 Entertainment, which is home to Megan Thee Stallion and Young Thug. That September, she experienced a global breakthrough with the all-women remix of “High” with fellow Argentine artist Tini and Spanish singer Lola Índigo. Her debut album, Animal, flexed her versatility as an artist with pop, reggaeton, R&B, and salsa influences. Colombian superstar J Balvin enlisted her for the biggest hit from his Jose album, “Qué Más Pues?” In July, she became the first to occupy four out of the top five spots on Argentina’s Billboard Hot 100 chart.

Ahead of her big night at the Latin Grammys, Becerra talked with MTV News about her breakthrough year and what’s coming next, including a teased collaboration with Camila Cabello.

MTV News: You have many all-women collaborations with artists like Tini, Cazzu, and Becky G. What do you enjoy about collaborating with women?

María Becerra: I love to collaborate with women. It’s something that’s very beautiful as well as important to show the world that we’re not in competition simply for being women in the industry. I like the idea of showing that we support each other and together we can tear it up. We have admiration for each other. We want to share our music with everyone and mix our genres, cultures, and languages. We’re all great friends.

MTV News: You also recorded a few collaborations with your boyfriend Rusherking, like “Antes De Ti.” What’s it like to make music with him?

Becerra: It’s kind of like the chemistry that I have with [my producer] Big One. It’s different chemistry [with Rusherking] because he’s my boyfriend. They’re the only people [I work with] where everything flows so well. With my boyfriend, we always write romantic things. We always write songs between us. He admires me as much as I do him. We look into each other’s eyes and we write and see how talented one another is. There’s a lot of admiration and love between us. It’s a beautiful environment to work in.

MTV News: What was it like to collaborate with J Balvin in “Qué Más Pues?“

Becerra: That was a great experience. He’s an artist that likes to experiment. In doing a collaboration, what’s most important for me is working with a good person who is selfless. He treated everyone equally, and at the level that he’s at as an artist and a well-known person, it’s very difficult to find people like that. It’s obvious that this song was incredible for my career, that it went around the world, and helped me. What stayed with me the most was J Balvin as a person and how he carried himself. That’s how I want to be one day if I get to that level.

MTV News: What was the inspiration for your album Animal?

Becerra: I believe I have two personalities. One is the more timid María who’s introverted, dramatic, and with her emotions on her sleeve. The other personality is the María who’s more fierce, more extroverted, and says and sings about things that are taboo. She stands strong. Making music brought out this side of me that I didn’t know, and it surprised me what I can do. The person I am when I’m on the stage, in the studio, when I’m writing, and in the music videos, it’s the strong María. That’s what Animal is for me, showing people this big personality, this version of me that I like. I want to transmit that to other people, that feeling of being feminine and powerful, to talk and sing about what we want to.

MTV News: Why do you think millions of people are connecting with your music?

Becerra: I think a lot of people connect with my music because I usually talk about things that happen to everyone, like heartbreak, sexual desire, or secret romances. I feel like I also represent the LGBTQ+ community because I’m bisexual. I love to represent them. I always had it in my head that, if I’m this way, then this is what I’m going to sing about. I’m not only going to make songs about men because I don’t only like men. When I understood and accepted that I also liked girls, that was a difficult time. There was a lot of confusion and prejudice, and I had to think about how my family would take it. It was something very heavy that marked my life, so I have a lot of songs about that chapter.

MTV News: What can you say about your teased collaboration with Camila Cabello on her Familia album?

Becerra: She’s another incredible person. She was thanking me like, “Thank you for being on this song. I admire you so much.” I couldn’t believe she was telling me that! We had a lot of Zooms to talk, write, and get to know each other. She’s also an easygoing person who talks to you very calmly from wherever she is. I’m very grateful to her because I know this is a major opportunity for me. It’s an incredible song and we’re going to shoot an incredible music video. I’m so happy!

MTV News: What do you want to accomplish next?

Becerra: More than anything, what I want is for my music to accompany people through life. People in the meet-and-greets come to me crying and saying, “You were my company. You saved my life. In quarantine, I was alone and didn’t have anyone and you accompanied me. You got me up every day and I listened to your voice. You got me through some hard times. I had a lot of great moments with your music.” That doesn’t have a price. For someone to tell you that crying, it’s really incredible. That’s what I always want to accomplish, to reach people’s hearts.