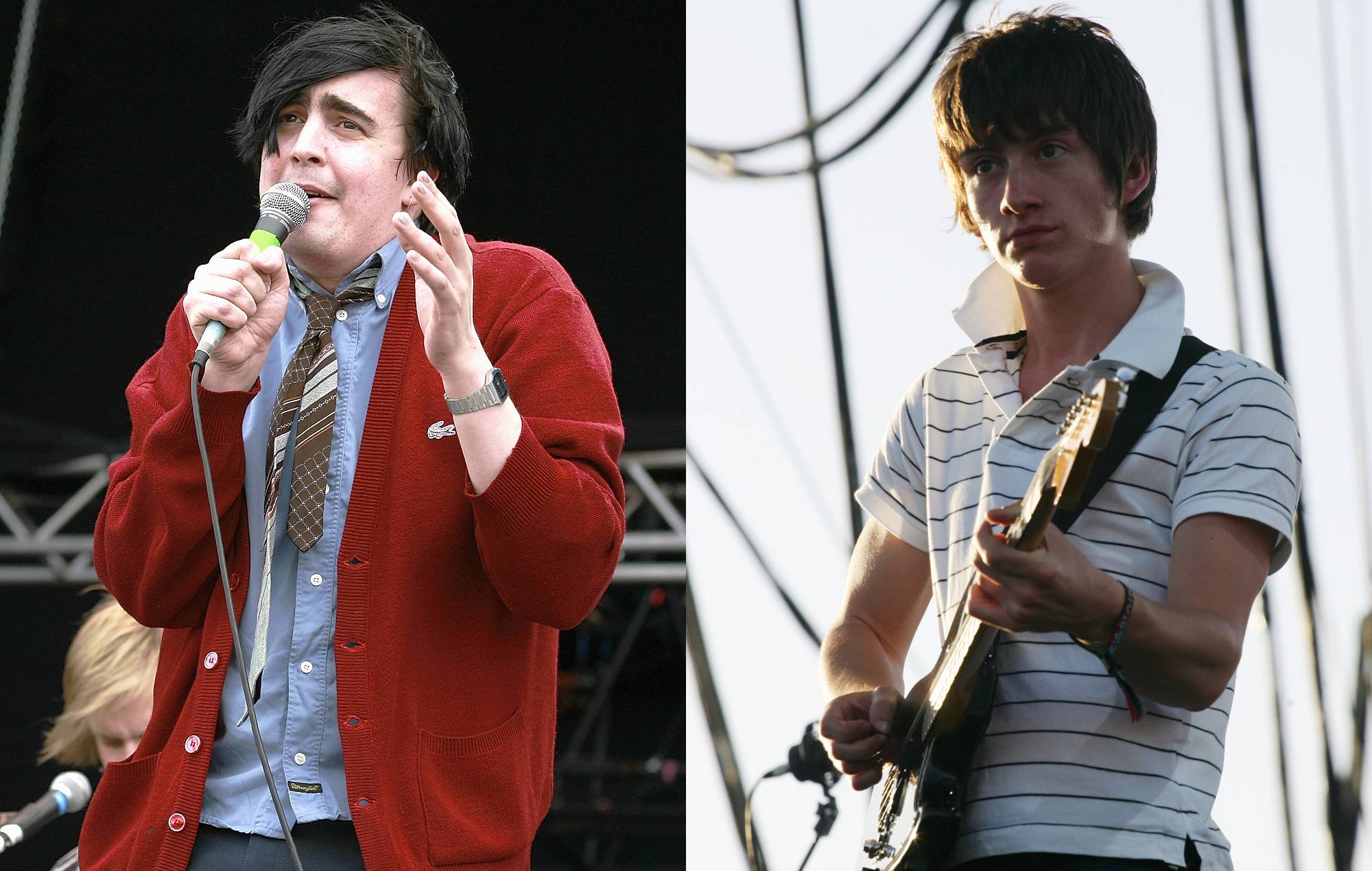 Art Brut’s Eddie Argos looks back on past scuffles with Arctic Monkeys, Bloc Party and The Bravery

Art Brut frontman Eddie Argos has shared tales of the band’s previous indie scuffles in the ’00s with the likes of Arctic Monkeys, Bloc Party, The Bravery and The Magic Numbers.

Argos was speaking to NME for this week’s edition of Does Rock ‘N’ Roll Kill Braincells?!, when the frontman spoke of how he “used to be quite grumpy, like the indie Witchfinder General”. However, one particularly notable fracas was caused by guitarist Ian Catskilkin.

“We were at a festival together with the Arctic Monkeys once and were really tired,” Argos remembered. “Our guitar player Ian was trying to get some kip and Arctic Monkeys were being lairy and threw a champagne bottle over the wall and it nearly hit someone in the head, so Ian got really angry, broke the bottle, kicked in their dressing room door and said: ‘WHO THREW THIS? YOU’RE NOT FUCKING WITH THE KAISER CHIEFS NOW!’ And terrified the children in the Arctic Monkeys!”

Argos continued: “I’d returned from watching Belle & Sebastian to find Ian being told off by security for threatening Arctic Monkeys with a bottle. The two sides of my band!”

The tale arose from Argos being quizzed on his placing in the 2004 NME cool list at Number 44, sandwiched between Arctic Monkey Matt Helders and The Hold Steady’s Craig Finn. That same list also brought The Bravery to Argos’ attention. He’d later run into them at a festival in Belgium.

“The first time I was in it, the other guy in the photo was Dirt, the bassist  from The Bravery who was really cool with his tight trousers and eyeliner and I’d just come from work,” he said. “I never took it seriously – there were a lot of terrible bands that got quite high in that list, which undermined it for me!

Argos added: “When The Bravery came out, NME tried to make a competition between them and The Killers. I was drunk at Pukkelpop and kept going up to them saying: ‘I really love your band, The Killers’. They went: ‘No, no, we’re The Bravery’. And I replied: ‘Aww, I’m really sorry [launches into The Bravery’s debut single] – IT WAS AN HONNNNEEST MISTAKE!’. And ran away!”

Argos also shared a memory of when The Magic Numbers sought him out after he referred to them as ‘old-man music’ in 2005.

“They got angry and their drummer came at me at Pukkelpop with a whisky bottle trying to tear my head off,” laughed Argos. But I apologised and I like them as a band and people so whenever we’ve seen each other since, we’ve been friendly.”

One of Argos’ most publicised feuds however, was with Bloc Party frontman Kele Okereke – when the pair came to blows in 2005 with a fist fight after the Art Brut singer called him “whiny” and Okereke retaliated by calling him “Fatty Argos”. Alas, it seems the pair are not friends yet.

“It’s just a funny story,” Argos has now told NME. “Kele from Bloc Party punched me in the head! We were in the tabloids after that! I always thought if I saw him we could have a laugh about it. I thought it was all over, but a few years ago, I saw him. He was winning an award for his solo album and I was giving out an award – for Wellington Boots!

“I was waving and smiling and being friendly, but he wasn’t into it. It just did not happen. He did not want to be friends – that’s not on the cards. But there’s no grudge from me.”

Argos’ side-project Haus Band’s cover of Bob Dylan’s ‘She Belongs to Me’ is available now, while Art Brut are set to tour the UK as special guests of The Subways in September and October.