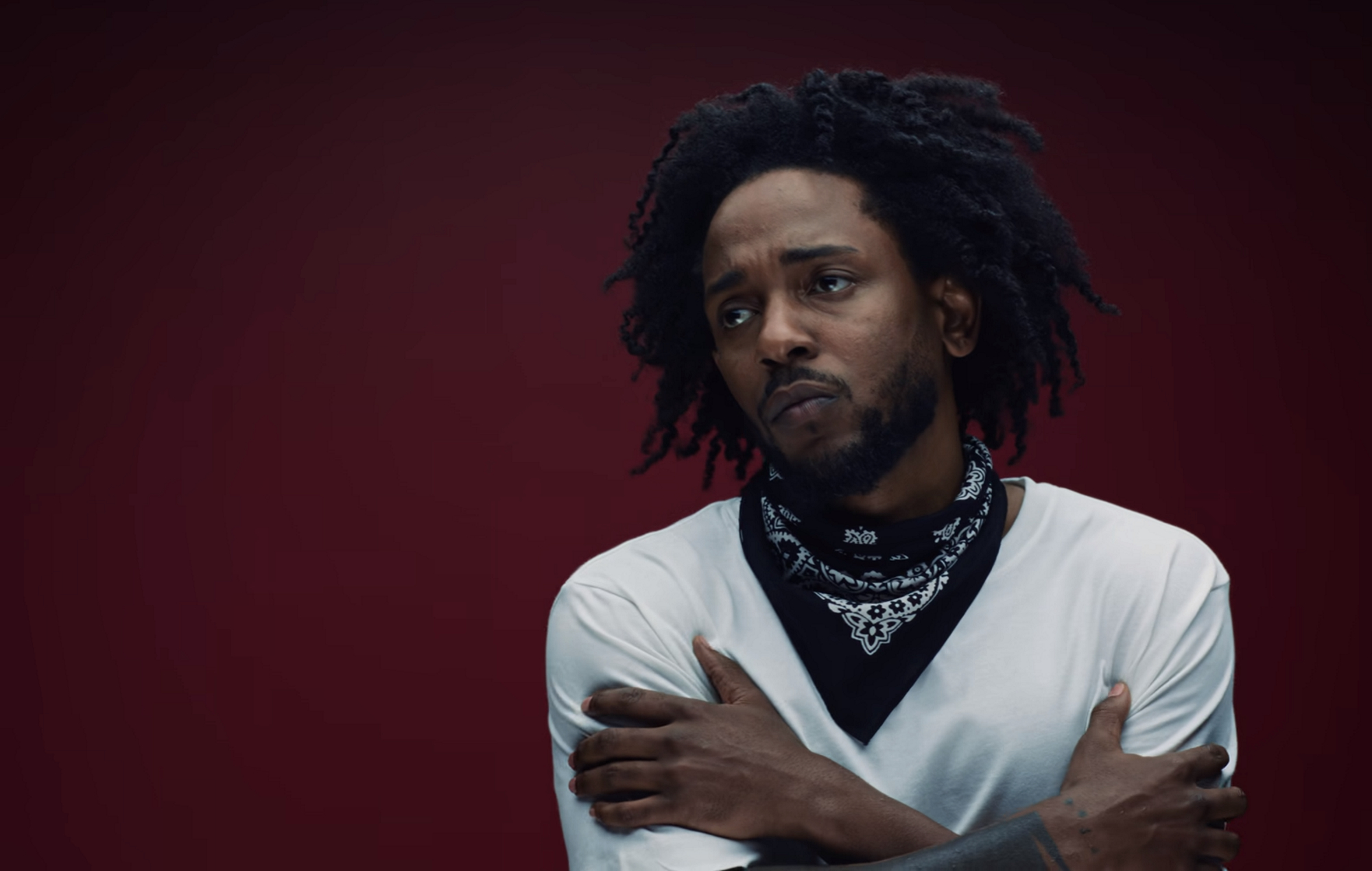 Artists and fans have been reacting after Kendrick Lamar returned today with comeback single ‘The Heart Part 5’ – see what they’re saying below.

The new single is part of a series of songs titled ‘The Heart’ that Kendrick has released over his entire career, with ‘Part 4’ coming in 2017. All five editions of the song have arrived immediately before a full-length album, and Kendrick will release fifth album ‘Mr. Morale And The Big Steppers’ on Friday (May 13).

The song serves as Lamar’s first solo single since 2018’s ‘All The Stars’, and an accompanying music video has been shared for the single, co-directed by Dave Free alongside Lamar himself.

Lamar raps the song in front of a red background, before his face is transformed via deepfake technology to resemble people such as Kanye West, Kid Cudi and Will Smith. South Park creators Trey Parker and Matt Stone are given “special thanks” in the video’s credits.

Following the release of the track and video, artists and fans alike have been hailing the return of Lamar. Denzel Curry tweeted: “I just finished this new Kendrick Video. Bruh…,” later adding: “I gotta step my game up n****s is built different.”

I gotta step my game up niggas is built

“Kendrick that was a masterpiece, I don’t think the tweet does justice,” NLE Choppa added, while fans lauded Kendrick’s tribute to the late Nipsey Hussle during the track’s video, as one of the faces Lamar transforms into.

See a range of reactions to ‘The Heart Part 5’ below.

Kendrick that was a masterpiece, I don’t think the tweet does justice

i can’t stop playing this nip part back @kendricklamar heavy

When Kendrick Lamar turned into Nip and Kobe pic.twitter.com/0yGZcdjMXE

The artwork for @KendrickLamar's 'The Heart Pt. 5' has some meaning behind it. pic.twitter.com/qP8nrxc1eX

Kendrick picking his face swaps on The Heart Part 5 pic.twitter.com/V7xezwj7lg

Kendrick Lamar came back after a 5 year hiatus continuing his The Heart series for his fans and making it over 5 minutes long without a moment wasted. The perfect rapper, idc.

When kendrick lamar morphed into will smith and said:
“In the land where hurt people hurt more people fuck calling it culture”😭 pic.twitter.com/aoFxKD4wCq

Lamar made his return to music following a nearly three-year absence in late 2021, appearing on two tracks by his cousin Baby Keem – ‘Family Ties’ and ‘Range Brothers’ – that featured on Keem’s debut album ‘The Melodic Blue’. The pair performed ‘Family Ties’ and ‘Vent’ together at Coachella last month.

‘Mr. Morale And The Big Steppers’ – the follow-up to 2017’s ‘DAMN.’ – was announced last month. In a follow-up teaser post, Lamar was pictured holding two CDs and a book adorning the album’s title – indicating that the release may be a double album, as well as potentially including an accompanying written piece.

Lamar had previously teased the album last year. “May the Most High continue to use Top Dawg as a vessel for candid creators. As I continue to pursue my life’s calling,” he wrote last August. “There’s beauty in completion. And always faith in the unknown.” He signed this note ‘Oklahoma’.

Last September, Lamar registered a host of new songs with ASCAP (American Society of Composers, Authors and Publishers) fuelling speculation back then that a new album could be on the way.

Tracks listed with the not-for-profit performance-rights organisation include ‘Before The Hangman’s Noose’, ‘Comfortable’, ‘Director’, ‘Fighter Thief In The Night’, ‘Fade To Black’, ‘Erika Kane’, ‘End Of The Line’, ‘Of Paupers And Poets’, ‘Believe’, ‘Driving Down The Darkness’, ‘End Of The Line’ and ‘Fell For You’. No track list for the new album has yet been revealed.

The rapper is due to headline Glastonbury this summer alongside Paul McCartney and Billie Eilish.