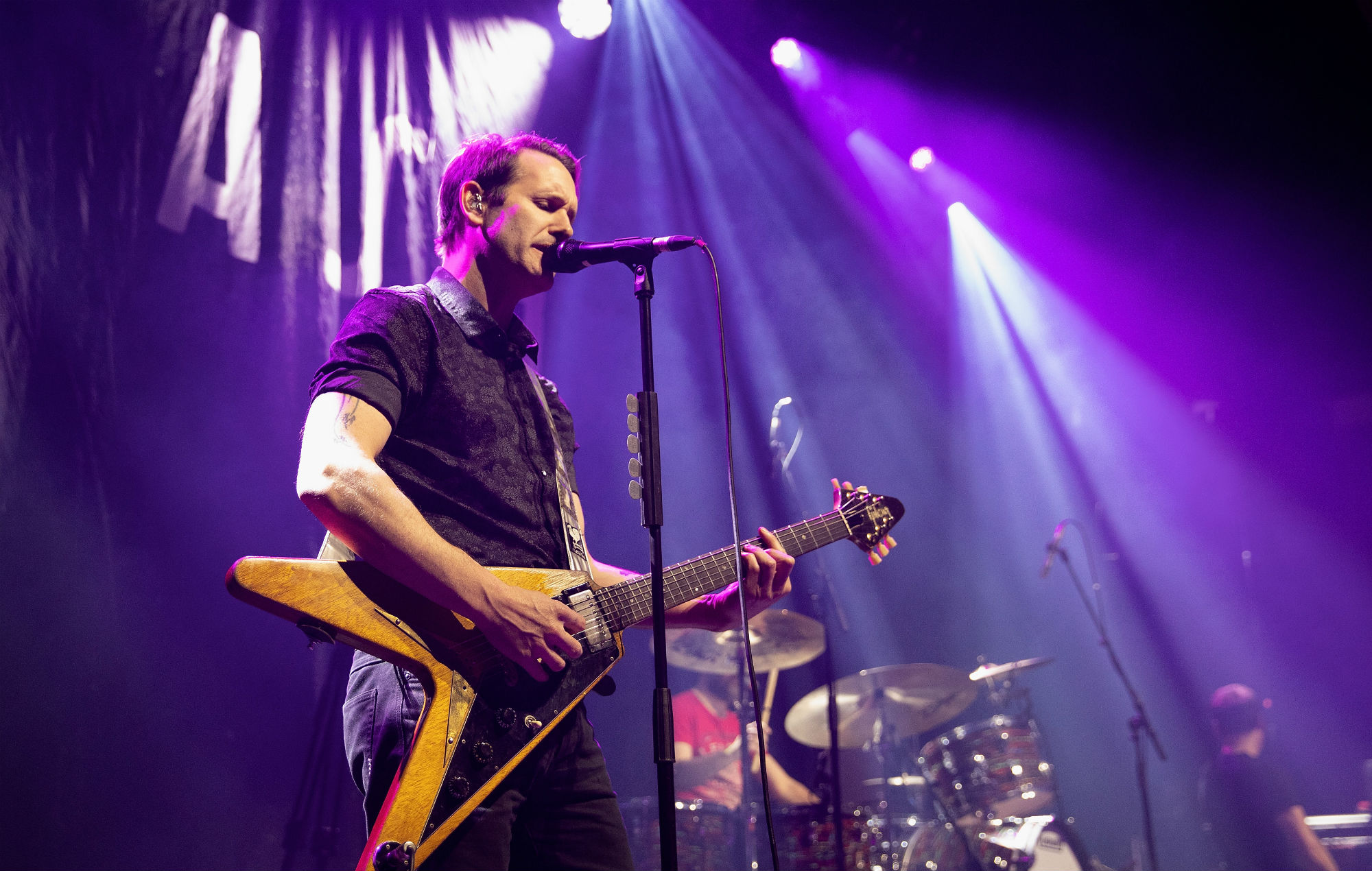 Ash added to ‘Passport: Back to Our Roots’ intimate gig series line-up

Ash have been added to the line-up of the ‘Passport: Back to Our Roots’ series of intimate gigs that will raise money for independent grassroots venues in the UK.

Set to be held in 2021 when gigs are allowed to take place without social distancing measures in place, the one-off shows of the ‘Passport’ campaign are aiming to raise money for those music venues that have been threatened with closure due to the coronavirus pandemic.

Ash have now been added to the growing ‘Passport’ line-up, with the band set to play a one-off gig at Sneaky Pete’s in Edinburgh on an as-yet-unspecified date in 2021.

“Grassroots music venues are the lifeblood of a healthy music scene; its where we cut our teeth as a band, learning our craft, honing our skills, networking and socialising,” Ash’s Rick McMurray said. “You can spend as long as you like in a rehearsal room but nothing sharpens you up like a live audience.

🚨LINEUP ADDITION🚨⁠ ⁠ 🎶 An epiphany, you burn so pretty,⁠ Yeah, you are a shining light 🎶⁠ ⁠ @ash_1977 perform at @sneakypetesclub!⁠ ⁠ Donate £5 to be in with a chance of winning entry for you and a friend via prize draw, and help save the music industry while you're at it.⁠ ⁠ CAMPAIGN OPENS 10AM 17TH AUG. Link in our bio 🤘⁠ ⁠ #saveourvenues #backtoourroots #ash #sneakypetes #letthemusicplay @musicvenuetrust @bandonthewall @crowdfunderuk

“For 99% of musicians this happens at your local grassroots venue. Without venues like Sneaky Pete’s new music will suffer. The music scene is nothing without them.”

Ash join ‘Passport”s growing line-up which already includes Elbow (who will play at Manchester’s Night & Day Cafe), Everything Everything (Esquires in Bedford), Public Service Broadcasting (Amersham Arms in London) and The Slow Readers Club (The Trades Club in Hebden Bridge).

Entry to these shows will be conducted via a prize draw which runs for two weeks from 10AM this morning (August 17) until 10AM on August 31. For a minimum £5 donation to the campaign, music fans will be entered into the draw to win entry to the show of their choice for themselves and a guest.

80% of all money raised will go to the Music Venue Trust, who in turn will distribute half of the amount to the host venue and the other half to their Crisis Fund, which will benefit all UK venues in need of financial support.

The remaining 20% will go to Inner City Music, the charitable organisation that operates Band on the Wall in Manchester, which is responsible for the administration of the project and will cover its overheads.