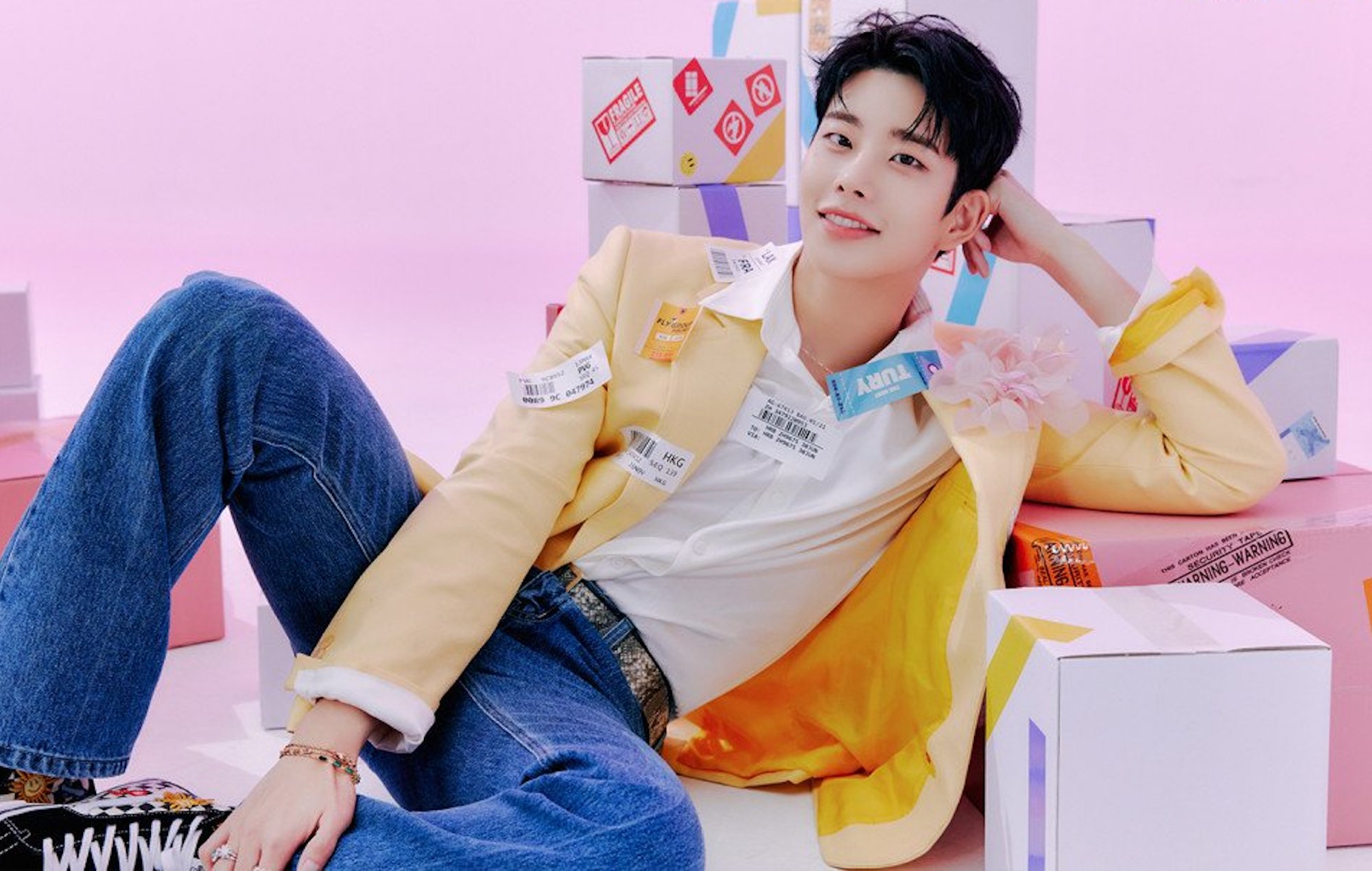 ASTRO‘s main vocalist MJ has announced his upcoming enlistment, which is set to take place next month

During the boyband’s fan meeting event at the SK Olympic Handball Stadium in Seoul on April 9, MJ gave a tearful speech in which he revealed that he would begin his mandatory military service in exactly one month, on May 9.

“Today’s fan meeting is the last one before I enlist in the army,” said the K-pop idol in a clip archived by fans on Twitter. “I’m so sorry that I have to deliver this kind of news today, when we’re finally meeting in person for the first time in a long while.”

“I was so happy to meet AROHA (ASTRO’s fanbase) for the first time in a long while, and I will return as a cooler and more mature version of myself,” added MJ. “So please enjoy our fan meeting up until the very end today, and please take good care of my fellow ASTRO members.”

The news that we expect but not this too early to enlist MJ. 😭

Rocky:We’ll leave a spot for you.

P.S. Sorry for the background noise while screen recording this one. #ASTRO #AAF2022 #MJ pic.twitter.com/xRJutbQ5At

Following MJ’s announcement, Fantagio Music released an official statement regarding the idol’s enlistment, adding that the star would be taking on a role in the military band upon the completion of his basic training.

“In order to prevent the spread of COVID-19, the time and place of MJ’s enlistment will not be made public,” added the agency. “We ask for fans’ generous understanding in this regard. We ask that you give your unsparing support to ASTRO’s MJ, who will return in good health after diligently fulfilling his military duty.”

In other ASTRO news, the boyband’s members Moonbin and Sanha recently made their return with their second mini-album titled ‘REFUGE’, along with its title track ‘WHO’ last month.

“Our top priority this year is to be with the fans, and to meet them face-to-face,” said Sanha during the duo’s recent interview with NME. “We’ll be seeing our fans in Korea soon, and hopefully internationally as well.”