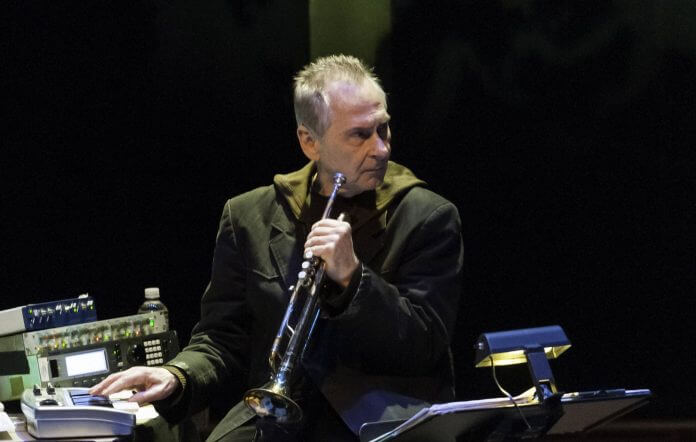 American avant-garde composer Jon Hassell died yesterday (June 26), according to a statement shared by his family on social media.

“After a little more than a year of fighting through health complications, Jon died peacefully in the early morning hours of natural causes,” the statement, posted to Facebook, explained. “He cherished life and leaving this world was a struggle as there was much more he wished to share in music, philosophy, and writing.”

A GoFundMe had previously been started by long-time friend and collaborator Brian Eno in April 2020, in order to raise funds for Hassell’s “long-term health issues.”

In their statement, Hassell’s family confirmed that all further donations will “allow the tremendous personal archive of his music, much unreleased, to be preserved and shared with the world for years to come,” adding: “We also hope to provide philanthropic gifts of scholarship and contributions to issues close to Jon’s heart, like supporting the working rights of musicians.” You can donate to that cause here.

Born in Memphis in 1937, Hassell’s formative years were defined by his time in Europe under Karlheinz Stockhausen’s tutelage, alongside fellow students Irmin Schmidt and Holger Czukay, who would later go on to form Can.

Hassell returned to the US in the 1960s, taking on a fellowship at SUNY Buffalo’s Center for Creative and Performing Arts and meeting American minimalist composer Terry Riley.

Hassell’s first masterpiece Vernal Equinox (1978) came to be recognised as the first of his “Fourth World” pieces, which he later described as “a unified primitive/futuristic sound combining features of world ethnic styles with advanced electronic techniques,” and later as both “metaclassical and metapop.”

As well as Eno, who Hassell worked with on Possible Musics/Fourth World Vol. 1 in 1980, Hassell went on to work with artists including Talking Heads, Peter Gabriel, and Tears for Fears. His last studio album Seeing Through Sound (Pentimento Volume Two) was released in 2020.