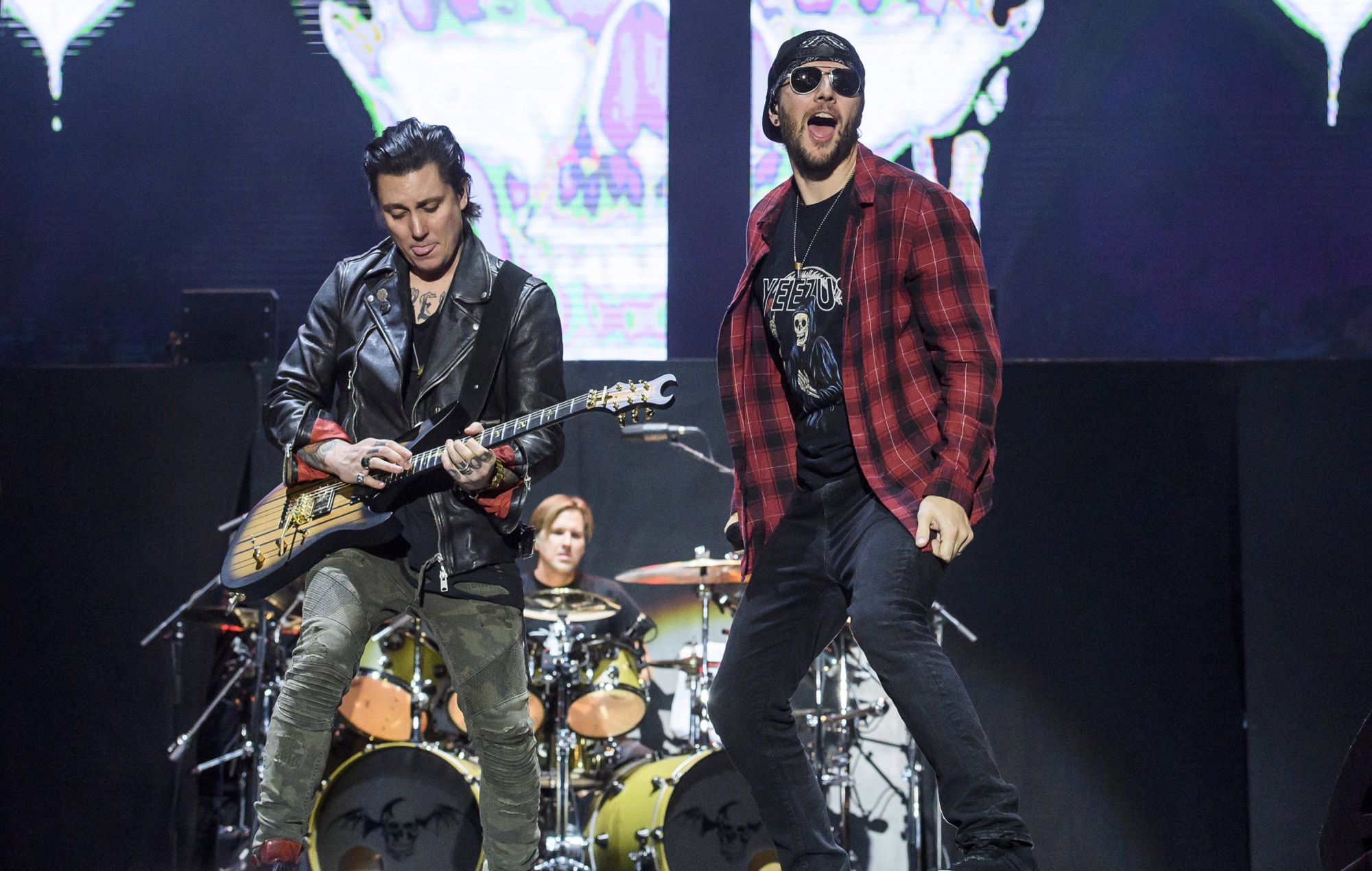 A number of fans who purchased Avenged Sevenfold‘s recent ‘Into The Ether’ NFT are being offered meet-and-greets with the band for life.

The California metal outfit shared 101 of the NFTs in May, with seven of them having a mysterious ‘gold eyes’ attribute.

Avenged Sevenfold have now revealed the meaning behind the special tokens.

In the comments of an Instagram post, they said: ​“If you have ​‘gold eyes’ you get into the meet and greet [at] any show you go to, forever.”

All 101 of the ‘Enter The Ether’ NFTs also contain previously unreleased music, as well as work by the artist Cam Rackam.

Avenged Sevenfold’s next full studio album is expected soon, with the band currently working on the follow-up to their 2016 LP ‘The Stage’, which was their seventh studio album.

Earlier this year, the band’s M. Shadows said that the new material has gone in “a completely new direction” compared to their previous work.

“It’s a completely new direction, and it sounds nothing like anything we’ve done,” the vocalist said. “That’s all I’ll say about it: it’s over the top, and it’s very eclectic and wild!”


Shadows also said that Avenged Sevenfold aren’t keen on “putting out the record if we can’t tour it” due to the coronavirus pandemic.

“If we put that record out and then we’re locked down for another year, as much as people don’t want to believe this, they are not going to give a shit about a record that came out a year prior when it’s time to tour.”