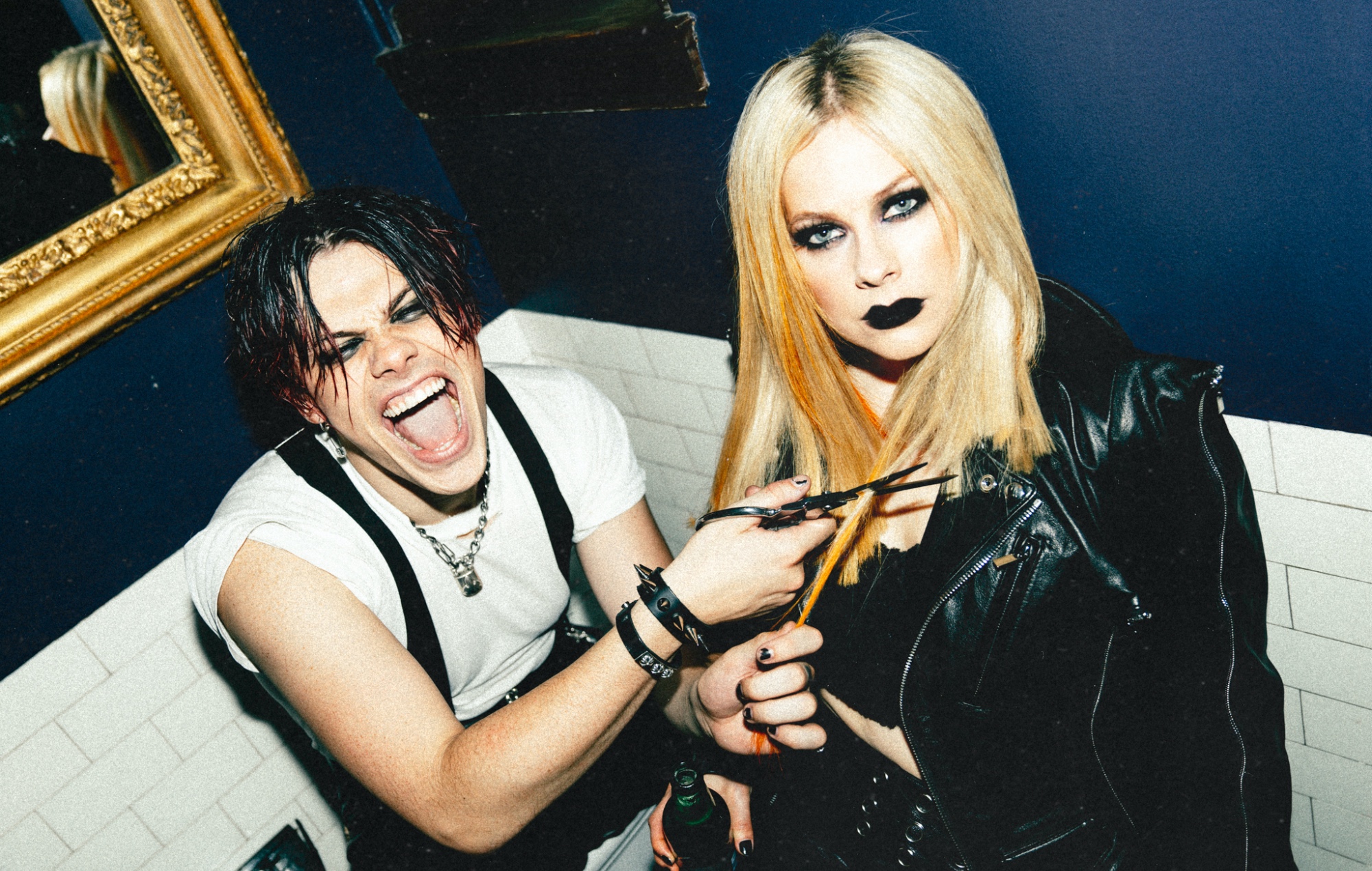 Avril Lavigne and Yungblud team up on emotional new single, ‘I’m A Mess’

Avril Lavigne has released a new collaborative single with Yungblud – listen to ‘I’m A Mess’ below.

The pair teased the joint track last week by both sharing a video that saw Yungblud (aka Dominic Harrison) cutting Lavigne’s hair in a bathroom. Later, it was confirmed that the collab would be arriving today (November 3).

The drums kick in later ahead of Yungblud’s verse, which hears the Doncaster artist say his life “hasn’t been the same since that night”. In the chorus, the duo each long for a reunion: “But I know I’m a mess, I’m a mess/ When we’re not together/ Such a wreck, such a wreck/ I hope it’s not forever/ Will I see you again?”

‘I’m A Mess’ was written by Lavigne and Harrison alongside Travis Barker of Blink-182 and John Feldmann. The song’s P Tracy-directed official video was filmed in London and Los Angeles – tune in here:

Yungblud recently shared the official trailer for his upcoming short film Mars. The project is based on the Doncaster artist’s 2020 track of the same name, which appeared on his second studio album ‘Weird!’.

Last month, Avril Lavigne performed at the inaugural When We Were Young Festival in Las Vegas, Nevada. She was set to return to the event the following weekend, but pulled out due to “unforeseen circumstances”.