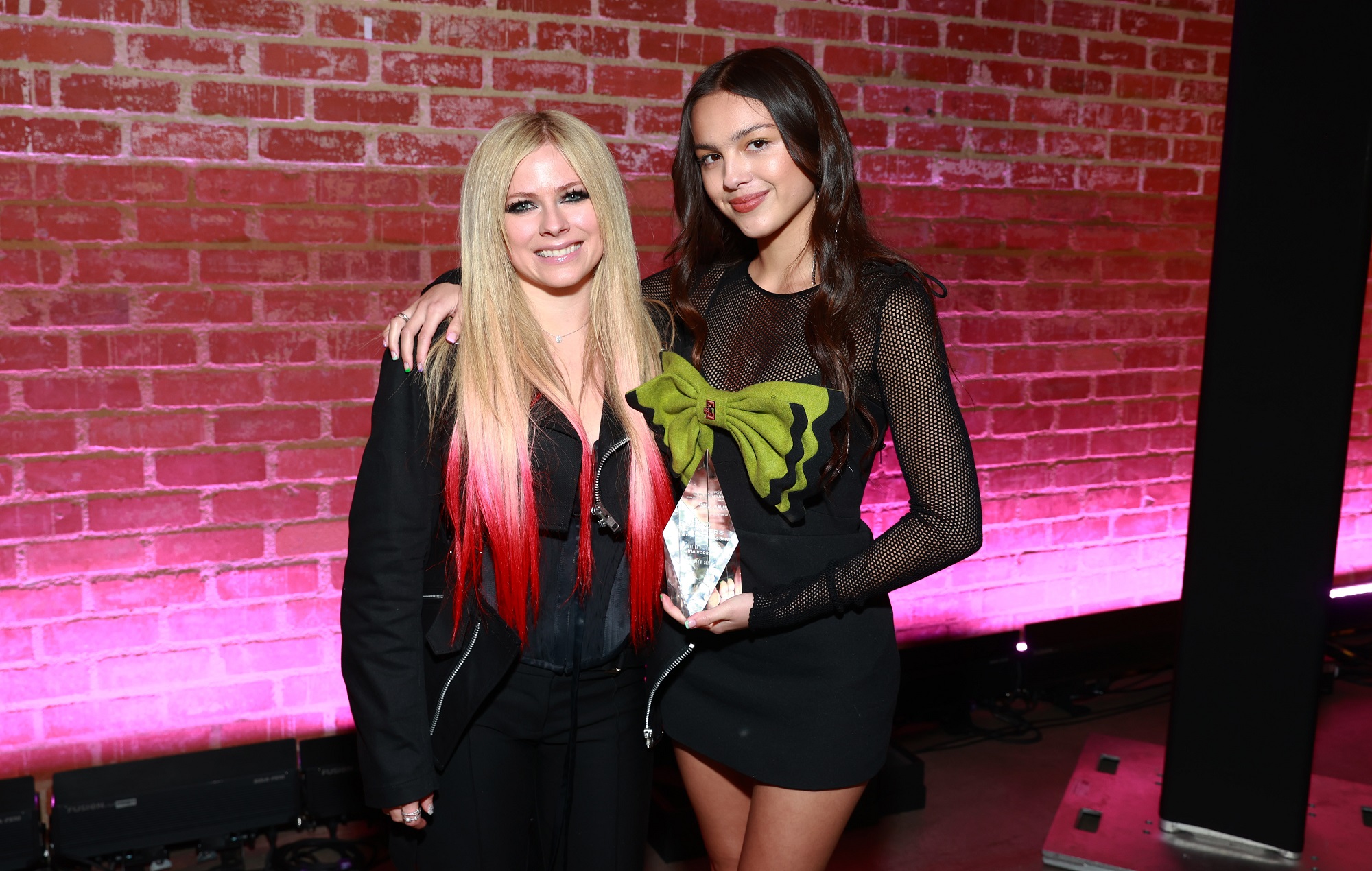 Avril Lavigne has praised Olivia Rodrigo for helping to revive “rock-and-roll in the charts”.

It comes after the the ‘Bite Me‘ rocker presented Rodrigo with the Songwriter Of The Year award at the Variety Hitmakers Brunch in Los Angeles.

Presenting the gong, Lavigne said: “This year we were introduced to a new artist whose debut album marked a major return for rock ‘n’ roll in the charts.

“From ‘Driver’s License’ to ‘Good 4 You’ to ‘Deja Vu,’ Olivia’s singles from her album ‘Sour’ are part of the collective psyche of 2021, and she wrote every single one of them.”

Lavigne released her debut album ‘Let Go’ (2002) shortly before she turned 18-years-old, the age Rodrigo was when her first record ‘Sour’ landed earlier this year.

Accepting the award, Rodrigo added: “I’ve been writing songs since I was like five-years-old and my favourite part about all of this is that feeling of writing a song that perfectly captures how I feel better than any conversation could have. So to accept an award for songwriting is really meaningful to me.”

Olivia added it has been “beyond a dream come true” to have so many people from all walks of life and backgrounds, regardless of their gender or sexuality, identify with her honest and heartfelt music.

This is the second time Lavigne has praised the singer. Earlier this year she hailed Rodrigo for being “an honest voice” to her young female fans.

“Her songs are her truth, and you can really feel that. You can tell it’s real by the way all of her fans grab onto every single word she says,” Lavigne added.

In an NME review, ‘Sour’ received four stars and was described as “pop’s brightest new thing proves she’s not just a flash-in-the-pan, but a multidimensional artist who’s in it for the long haul.”