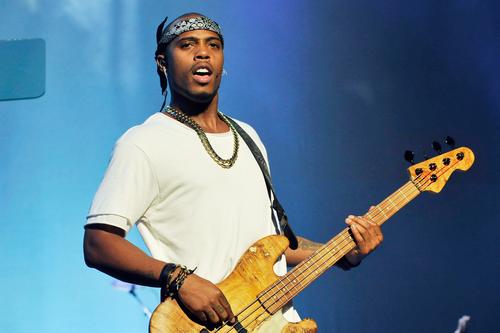 If you keep up with B.o.B as an artist, you inadvertently also keep up with his constant support conspiracy theories. In fact he does some much conspiracy theorizing, that we had to round up a list full them. Apparently B.o.B doesn’t just believe in the flat earth theory (alongside fellow celebrity Kyrie Irving), he’s going out his way to prove it, by starting a fundraising campaign to launch a satellite into space and investigate.

In a recent interview with Complex, none other than The Science Guy, Bill Nye, responded to B.o.B’s flat earth belief. He shared some scientific facts and knowledge as to why the earth is not flat, and challenged B.o.B to watch a rocket launch, as well as join Planetary Society where he’ll have access to a satellite.

Now Bobby Ray has responded in a Instagram video. In the video, B.o.B addresses Nye and skirts away from the issue by laying the blame on someone else– Eric Dubay, another theorist. Basically, he tells Nye to look up Dubay’s books when it comes to the flat earth theory, because the dude has over “200 pros,” and that he himself didn’t make up the theory (duh).

“I grew up watching your show, but you got the wrong guy, my friend,” he tells Nye. “The Flat Earth information did not, by any way, start with me or my beliefs. You know, I could point you to some books if you want to look more into it, but I think it’s about time you stop picking on the rappers and the athletes and really step up to the plate and talk to the big dogs.”

Check out the response clip below.