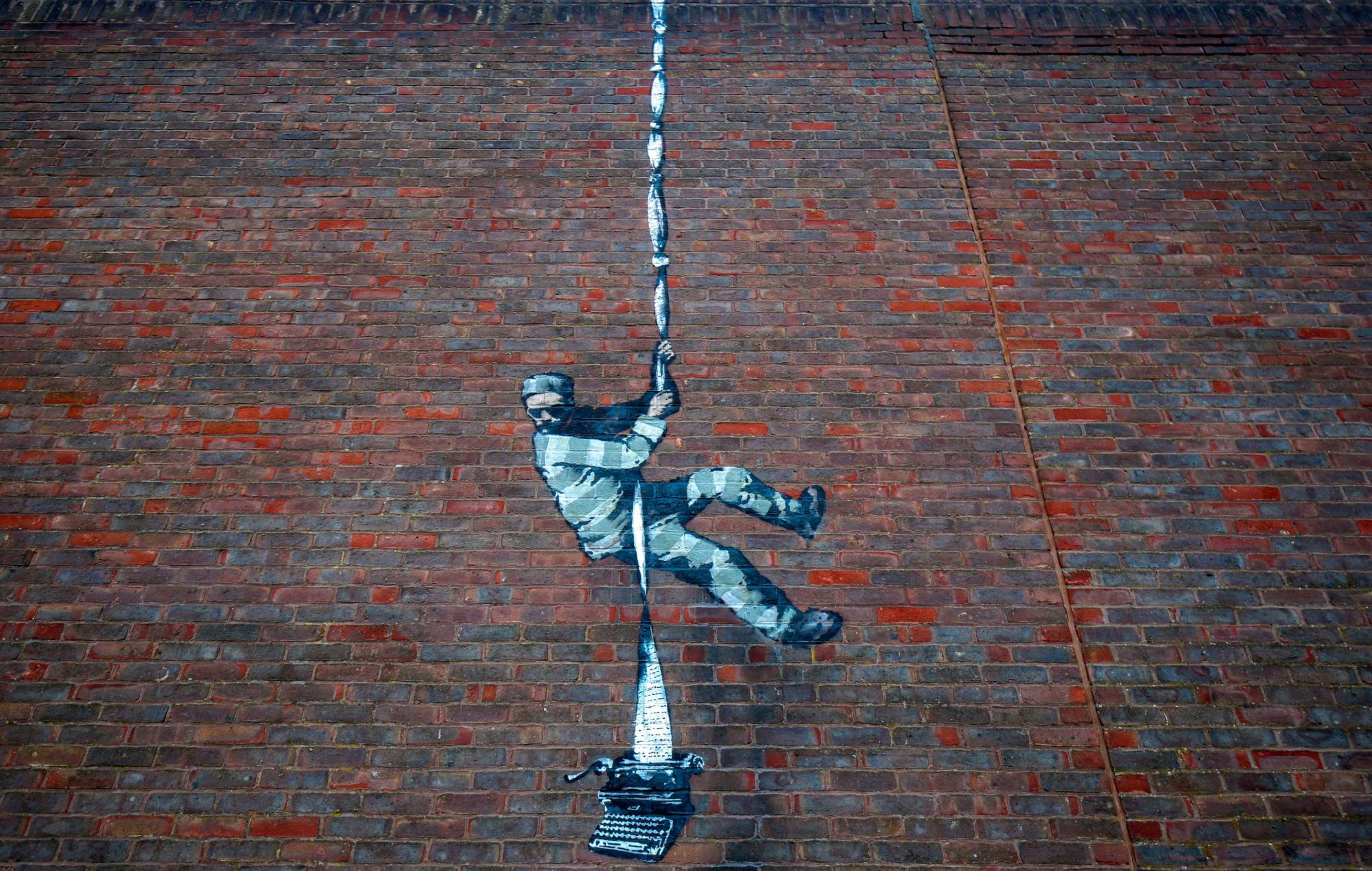 Banksy has pledged to raise millions in order to buy Reading Prison so that it can be turned into an arts venue.

The artist painted a mural on the building in March, showing a prisoner – resembling famous inmate Oscar Wilde – escaping using a rope fashioned from bedsheets tied to a typewriter. Banksy subsequently confirmed that the piece was his own creation. He has now offered to sell the stencil he used on the Grade II-listed building to match the £10million asking price.

The prison has been derelict since 2013 and was put up for sale by the government in 2019. Reading Borough Council submitted a new bid to purchase the site and turn it into an arts venue, after the sale of the prison fell through last November. A spokesperson for Banksy told the BBC that the pledge was dependent on the Ministry of Justice awarding the bid to Reading Borough Council.

Banksy said: “Oscar Wilde is the patron saint of smashing two contrasting ideas together to create magic. Converting the place that destroyed him into a refuge for art feels so perfect we have to do it.”

Matt Rodda, the Labour MP for Reading East, added: “I’ve been speaking to Banksy and his team for some months now and I’m impressed with his commitment to saving the prison.

“I do hope the government now listen and consider this bid – both the money from the council and the arts community – and look at this again, and help us turn the jail into an arts hub for our community and the country as a whole.”

Among the supporters of the campaign are Sir Kenneth Branagh, Dame Judi Dench and Kate Winslet. Winslet, who was born in Reading, spoke to the BBC about the pride she felt at seeing the new artwork, and promised to perform on the opening night if the prison is turned into a new arts venue as reported.

“I just felt incredibly excited for Reading to have a Banksy,” she said. “If Reading had a legacy space like that, to hand on to generation after generation, it could really be as valuable as some of those central London theatres.”


In other news, two limited-edition Banksy prints donated by Massive Attack raised over £140,000 at a charity auction in October, a world record sum for the artist’s prints. The print of I Fought The Law fetched a record £78,100 while Bomb Middle England sold for £77,000. Altogether, the auction, which featured over 70 items, raised a total of £181,510.