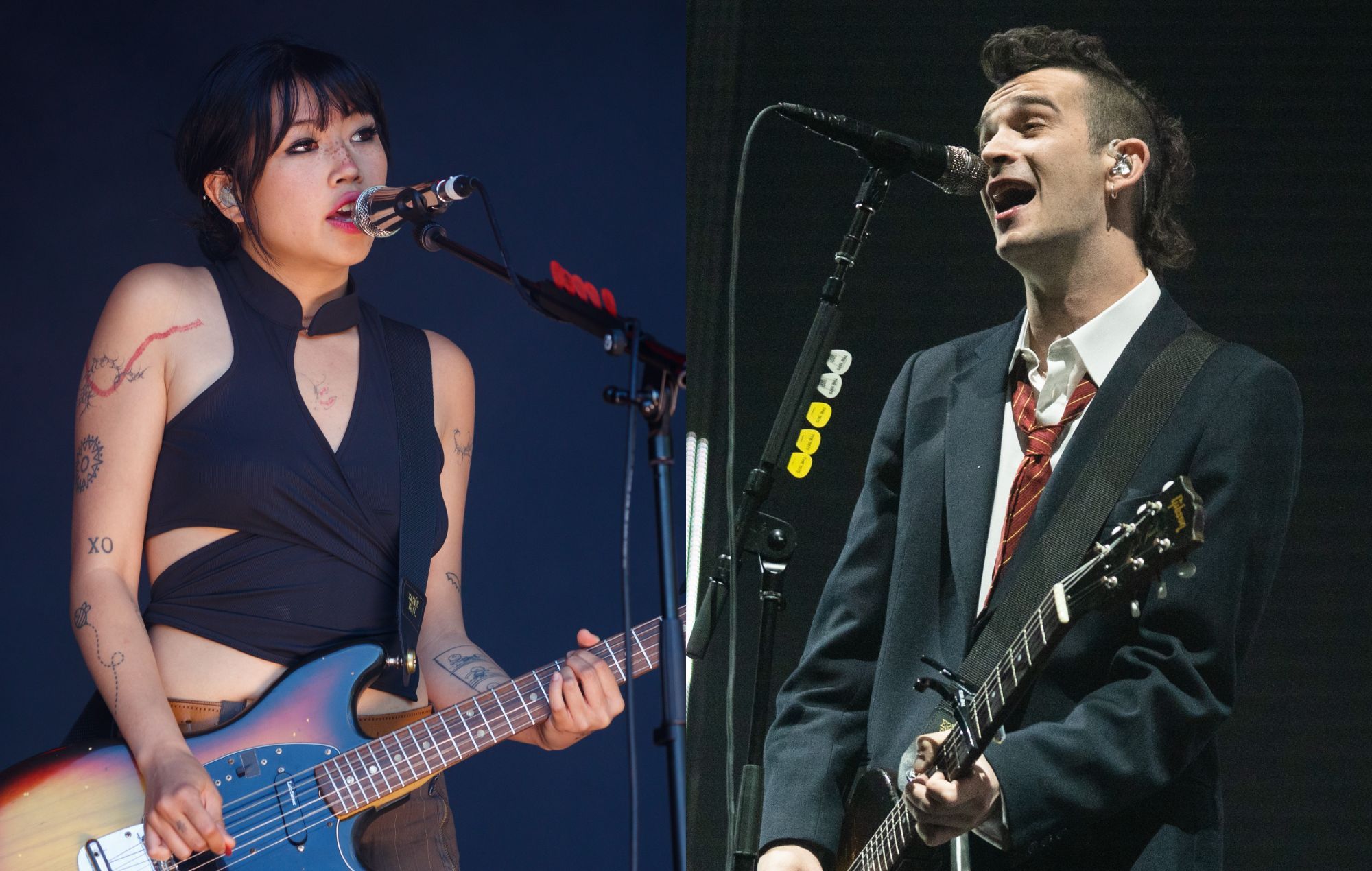 Beabadoobee on The 1975’s new album: “No one’s fucking ready”

Beabadoobee has praised The 1975‘s “awesome” new album, saying that “no one’s fucking ready” for how good it is.

The singer-songwriter, who is this week’s NME Big Read cover star, said in the interview that The 1975 singer Matty Healy has been sending her songs from ‘Being Funny In A Foreign Language’ to listen to ahead of its release in October.

Beabadoobee (real name Bea Lauss) was reflecting on The 1975’s help on her fifth EP, 2021’s ‘Our Extended Play’, which led to Healy co-writing ‘You’re Here That’s The Thing’ and ‘Pictures Of Us’ for her new album ‘Beatopia‘. Their friendship also secured Lauss the position of being able to hear new The 1975 music in advance.

“I’ve heard a few songs off of it – he’s [been] sending me one like every day; it’s sick,” Lauss said of Healy. “And it’s fucking awesome. No one’s fucking ready.”

Previously uncomfortable with the idea of collaborating in general, Lauss told NME that she has since learned to embrace it and has Healy and co. to thank for encouraging her to approach songwriting more collaboratively.

She said that Healy is “like an annoying older brother”, adding: “Matty’s amazing at lyrics, so he really helped me in that way. And he offers me so much advice about songwriting. And it’s really helpful having him in my life as a music mentor and as a friend who has amazing life advice. I think he has a way of finding a sentence that really fucking hits you.”

In 2020, Lauss explained how she began working on new material with Healy and The 1975 drummer George Daniel after they all decamped to Oxford for her 2021 EP.

“It was one of the nicest experiences of my life. It was the most wholesome time – just dogs and good food,” she said in a previous cover story with NME which was centred on discussing her debut album ‘Fake It Flowers‘ and future projects.

Meanwhile, The 1975 have released a new single called ‘Happiness’. The song is the latest preview of the band’s fifth album, which is due on October 14 via Dirty Hit.

It follows on from the recent comeback track ‘Part Of The Band’. “‘Happiness’ is like… there’s literally loads of us in the room on that track,” Healy told Zane Lowe of the funky, sax-filled latest offering on Apple Music 1 earlier this week (August 3).

Healy also praised Jack Antonoff for his work on the band’s forthcoming album, saying that Antonoff’s reputation is often that of being a “busy”, in-demand producer but that he wanted to stress just how “good” and incisive a producer he is.

Additionally, it’s been confirmed that The 1975 will hit the road for their ‘At Their Very Best’ North American tour in November. The stint includes a headline concert at Madison Square Garden in New York City.

Tickets go on general sale next Friday (August 12) – you’ll be able to purchase yours from here. Check out the full itinerary here.