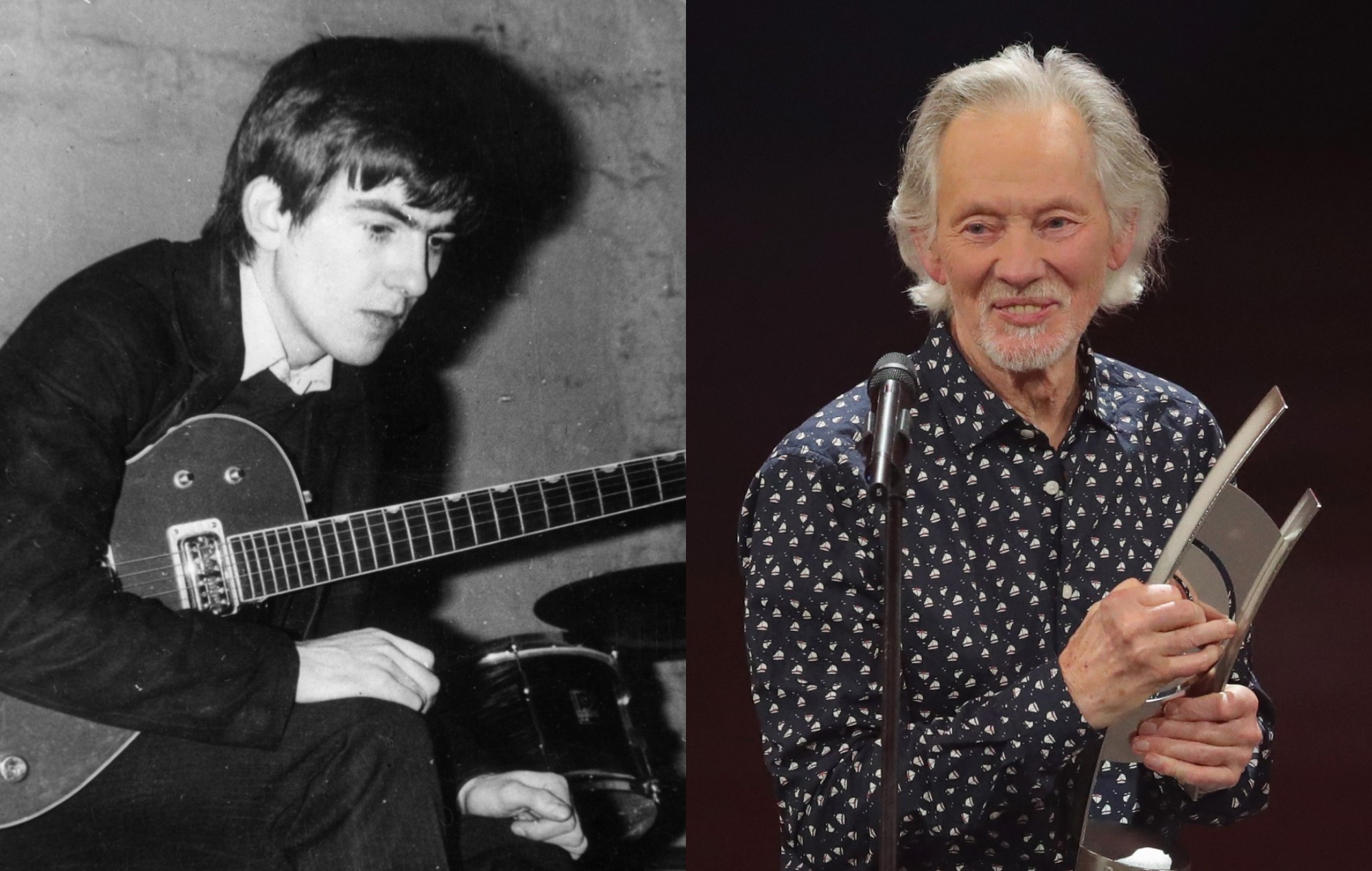 Describing an encounter with an early incarnation of The Beatles at Hamburg’s Kaiserkeller in 1960, Voormann said: “The first time I saw George he was only 17 years of age. He was very different to how he was later. He was a cocky little boy! This band he was with was completely unknown.”

Speaking to Uncut magazine he continued: “George was singing all those funny songs, which he did later on a little bit, when he sat around and played ukulele. He was into songs like ‘I’m Henry The Eighth, I Am’, singing it all cockney. He would sing all those Eddie Cochran numbers too, like ‘Twenty Flight Rock’.”

Later in the 1960s, Voormann would move to London and spend time living with Harrison and Ringo Starr. He went on to design the cover for the band’s 1965 album ‘Revolver‘, for which he won a Grammy.

He also played on Harrison’s 1970 album ‘All Things Must Pass’, three of Starr’s solo records and four of John Lennon‘s. He was for a time rumoured to be replacing Paul McCartney in a reformed Beatles project.


Last month, meanwhile, a letter handwritten by Sir Paul McCartney jovially settling a long-standing ‘debt’ over a blanket went up for auction.

The letter was written in September 1989 in response to Irene Brierley, whose farmhouse in Harlech, north Wales McCartney and Harrison stayed in during two occasions in 1958 and 1959 when they went on a pair of hitchhiking holidays.