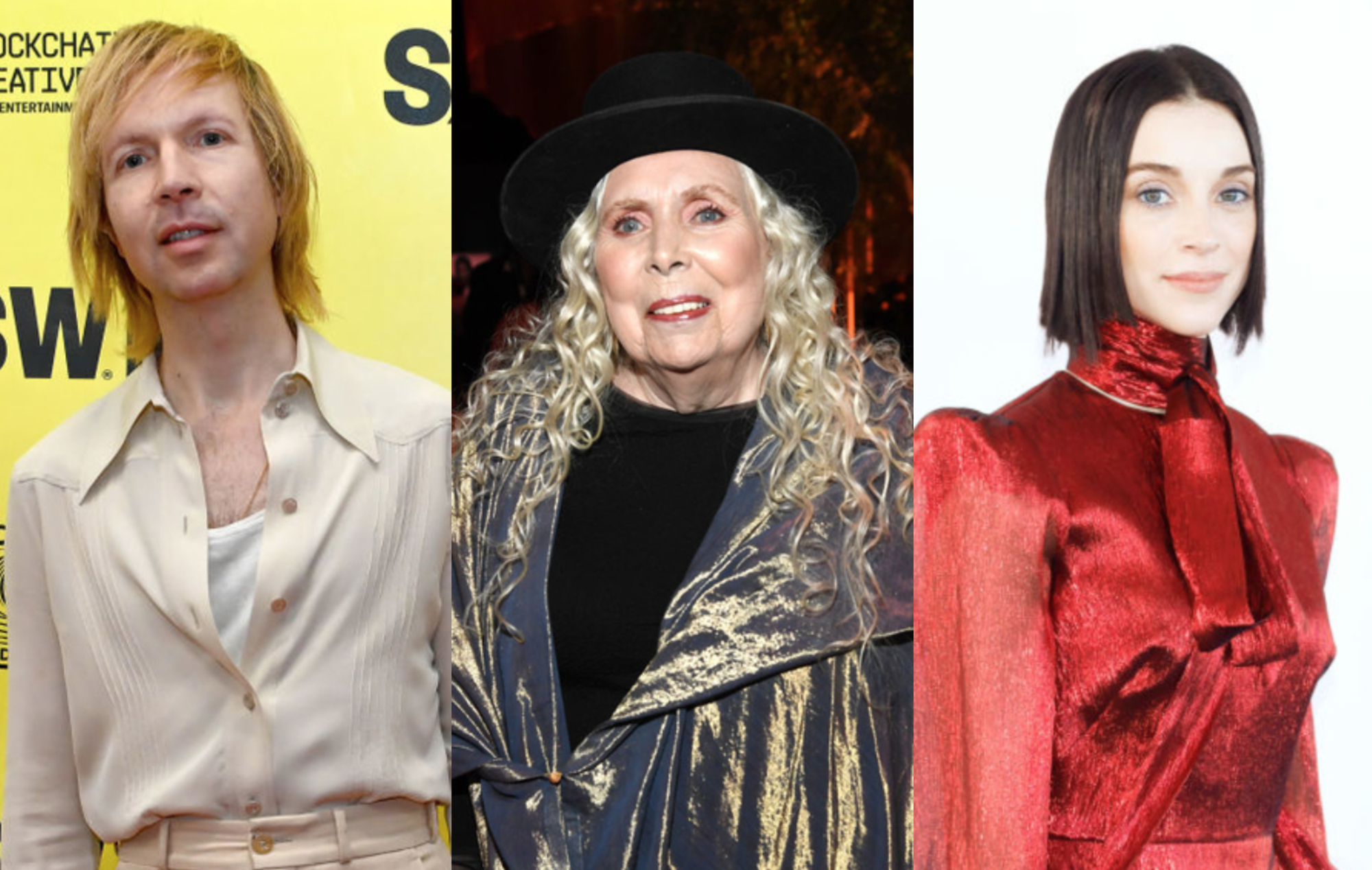 Beck and St. Vincent are among the artists set to perform at a MusiCares event honouring Joni Mitchell.

The iconic singer-songwriter, who was recognised last year during the 44th Kennedy Center Honours, is set to be honoured at MusiCares’ 2022 Person of the Year tribute concert; it takes place at MGM Grand Conference Center in Las Vegas, Nevada, on April 1.

There will also be a remote performance from Graham Nash.

To coincide with the honour, Mitchell has been given her own SiriusXM channel.

The time-limited channel will air during different time frames on its app and satellite iterations. It starts earlier on the SiriusX app, having launch on Wednesday (March 16) and running for about a month, through April 14. On the SiriusXM satellite service, it’ll only be up for a week beginning March 30 and wrapping up seven days later on April 5.

“Joni Mitchell redefined female musicianship with her songwriting, complexity, and voice, which has had a profound influence on musicians that have followed her” said Steve Blatter, senior VP and general manager of music programming at SiriusXM. “Not only is this channel an ode to Mitchell’s integral impact on music and her timeless songs, but also a carefully curated collaboration we are honored to be a part of and have our listeners experience.”

In a statement released by SiriusXM, Mitchell said: “It’s a thrill to have my own SiriusXM channel.”


Meanwhile, Mitchell recently declared her support for Neil Young, announcing plans to remove her discography from Spotify in protest of the service platforming misinformation about the COVID-19 vaccine.