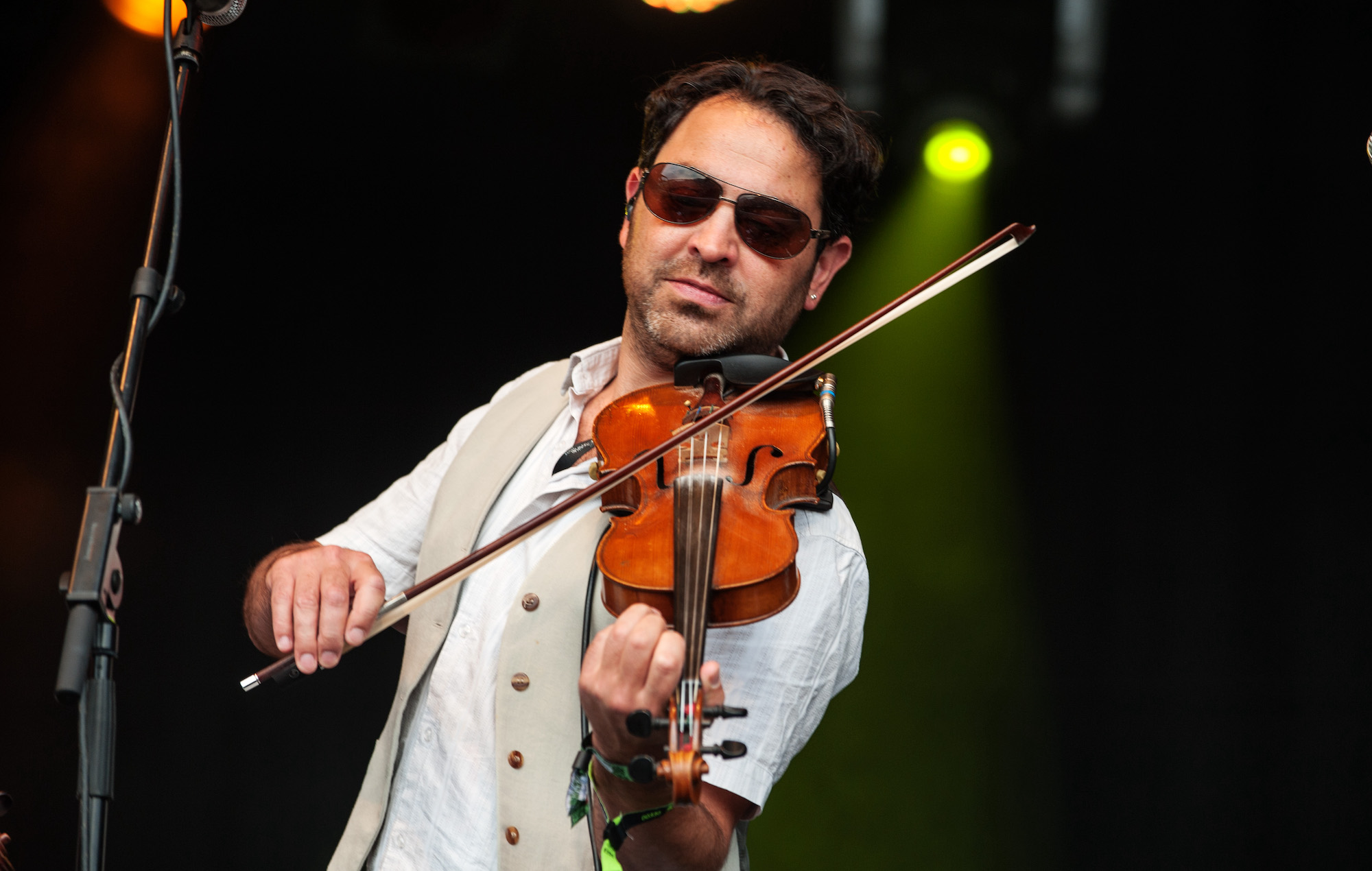 Bellowhead violinist and oboeist has died unexpectedly this week, aged 51.

The news was confirmed in a statement from Sartin’s siblings Angela, James, Will and Joe, with the band also paying tribute.

“The whole band are totally devastated to have to let you all know about the passing of our beloved Paul Sartin,” Bellowhead wrote on Twitter.

“We were so privileged to share a stage with this masterful musician and good, good friend. Our heartfelt thoughts go out to his mother and the boys he was so proud of.”

The statement from Sartin’s family, posted on Thursday (September 15), read: “It is with great sadness that we must announce the passing of our beloved Paul, who left us unexpectedly yesterday morning.

“We know that he was someone who brought wonderful music into your lives, and that so many of you counted him as a close and dear friend. We have lost a son and a father, and while we ask now that we are allowed to mourn Paul in private, we understand many of you will have lovely memories that you would like to share.

“We invite you to do this in the comments beneath this post so that we can read them when we feel ready.”

See the post and a selection of tributes to Paul Sartin below.

The whole band are totally devastated to have to let you all know about the passing of our beloved Paul Sartin. We were so privileged to share a stage with this masterful musician and good, good friend. Our heartfelt thoughts go out to his mother and the boys he was so proud of. https://t.co/z2BeFCTHEN

Devastating news. Paul was so lovely. He helped me with my decision to take up fiddle when I was 46. I teased him that he was 4 months older than me & that he still hadn't put his bird box up after moving. He always shared husband & I's work. A good man. I'll miss him terribly 😥

You were my uncle. You never forgot a single birthday, no matter how busy you were. I am actually in shock. I can't believe you're gone and I don't want to believe it. You were amazing, thoughtful, cheeky and kind. You were my inspiration.

Oh Paul. 30 years of your friendship, music, laughter and love is not enough; not even close. Cock a doodle doo, dear boy. We will miss you so much 💔 pic.twitter.com/RqhUWedG6x

We met Paul on Cropredy Saturday in 2010 when he joined us for the TalkAWhile "Awful Toast" to absent friends, where terrible concoctions are consumed and funds raised for the Teenage Cancer Trust. He joined in enthusiastically and was great fun.

Our condolences on his sad loss. pic.twitter.com/SKnRHqQBZR

We are deeply saddened to hear of the sudden passing of Paul Sartin. A brilliant musician and all-round wonderful human being, working with Paul was always a joy. Our condolences to his family, bandmates and friends. He will be greatly missed. pic.twitter.com/w5015JtF5M

Paul Sartin was such a talent. Full of brilliance. He came on Front Row recently to talk about Vaughan Williams and we had a ball. It was joyful. I’m so sorry we’ve lost him. https://t.co/bcRyOsknSl