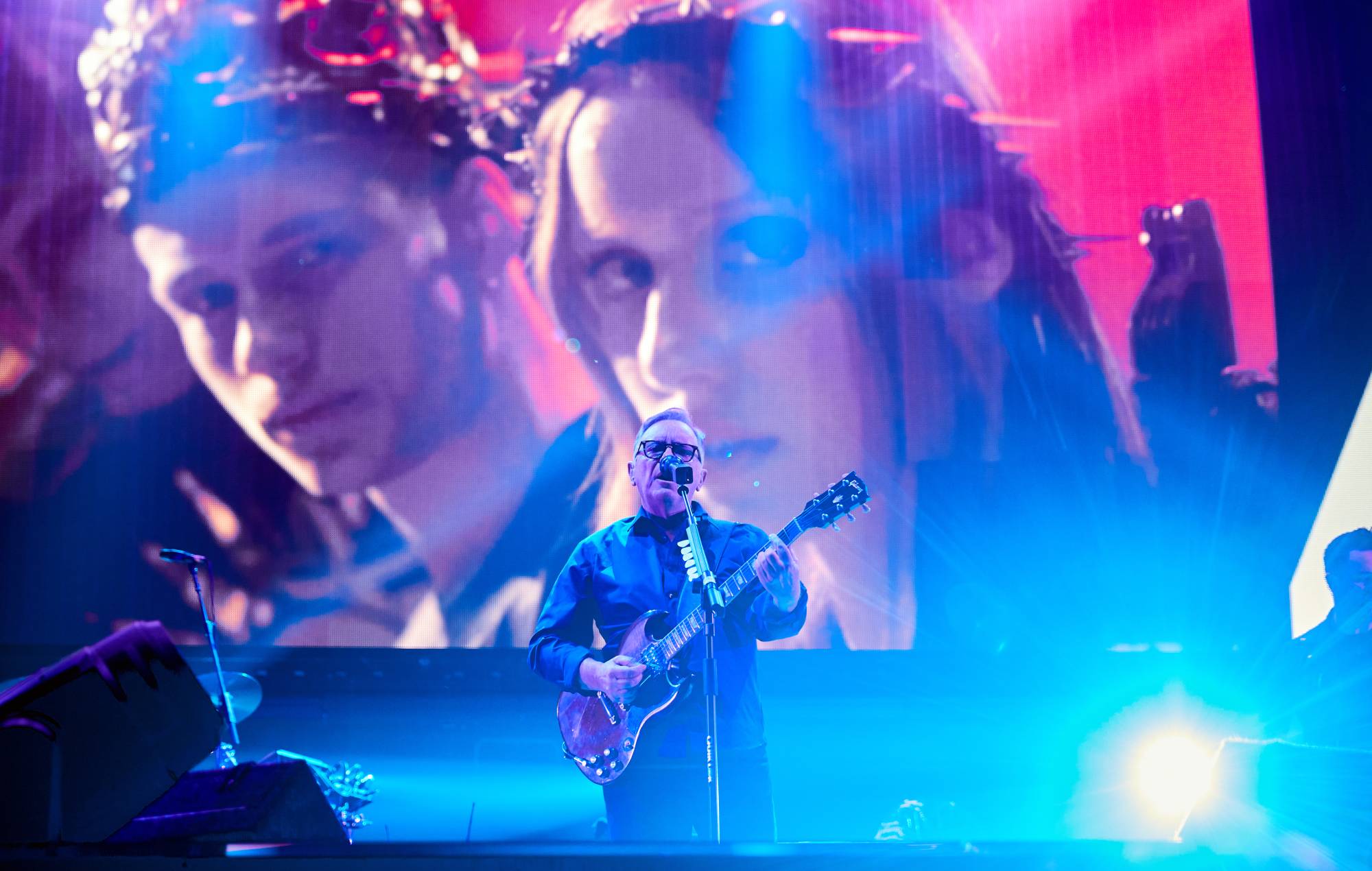 New Order performed a career-spanning set at The O2 in London last night (Saturday November 6), during which frontman Bernard Sumner took aim at the “put together shit” of modern music. Check out photos, footage and the setlist from the show below.

Following on from their huge Manchester homecoming show back in September, the band played a sold-out show in the capital which was also livestreamed around the world.

Opening with the ‘Republic’ classic ‘Regret’ while queues of fans were still piling into the venue, the band tore into a high-octane performance of New Order favourites and iconic Joy Division numbers, all set to the most impressive and ambitious light show and stage production of the band’s career.

In good spirits, Sumner frequently spoke to the crowd, joking that the show would end early after the rapturous response to ‘Bizarre Love Triangle’. He later started to make a point, before drummer Stephen Morris started playing, to which Sumner later returned: “It’s good to hear real music rather than this put together shit that’s inflicted on all of us these days.”

Barney going off during the New Order gig:

‘It’s good to hear real music rather than this put together shit that’s inflicted on all of us these days.’

Elsewhere during the evening, the synth-pop legends performed the single ‘1963’ for the first time since 2016’s tour for their acclaimed most recent album ‘Music Complete’, while other highlights included an early outing of ‘Power, Corruption & Lies’ opener ‘Age Of Consent’, an airing of 2020 one-off single ‘Be A Rebel‘, and early New Order number ‘Ceremony’.

The first set ended with a high-energy run of consecutive hits with ‘True Faith’ into ‘Blue Monday’ and ‘Temptation’, with an encore of a trio of Joy Division staples backed by iconic images of late frontman Ian Curtis.

New Order returned in 2020 with the track ‘Be A Rebel’. “In tough times we wanted to reach out with a new song,” said Sumner. “We can’t play live for a while, but music is still something we can all share together. We hope you enjoy it…until we meet again.”

Speaking to NME about the track, drummer Stephen Morris said: “It’s kind of carrying on from ‘Music Complete’. It’s a very dance-y song.”

He continued: “It’s been a bit strange making a record via remote control, with the song getting batted about backwards and forwards, but hopefully it’s turned out alright! It’s just a one-off at the minute. We thought we’d start with one and then see how it goes.”

Meanwhile, Joy Division’s ‘Still’ is set to be reissued on vinyl to mark its 40th anniversary next year.

New Order will also celebrate the 40th anniversary of their debut album ‘Movement’ on November 13, with the release of their Taras Shevchenko film – which was filmed live at the Ukrainian National Home in New York City on November 18, 1981 – on YouTube.

A second series of the official Joy Division/New Order podcast Transmissions: The Definitive Story is also in the works, with more information expected soon.