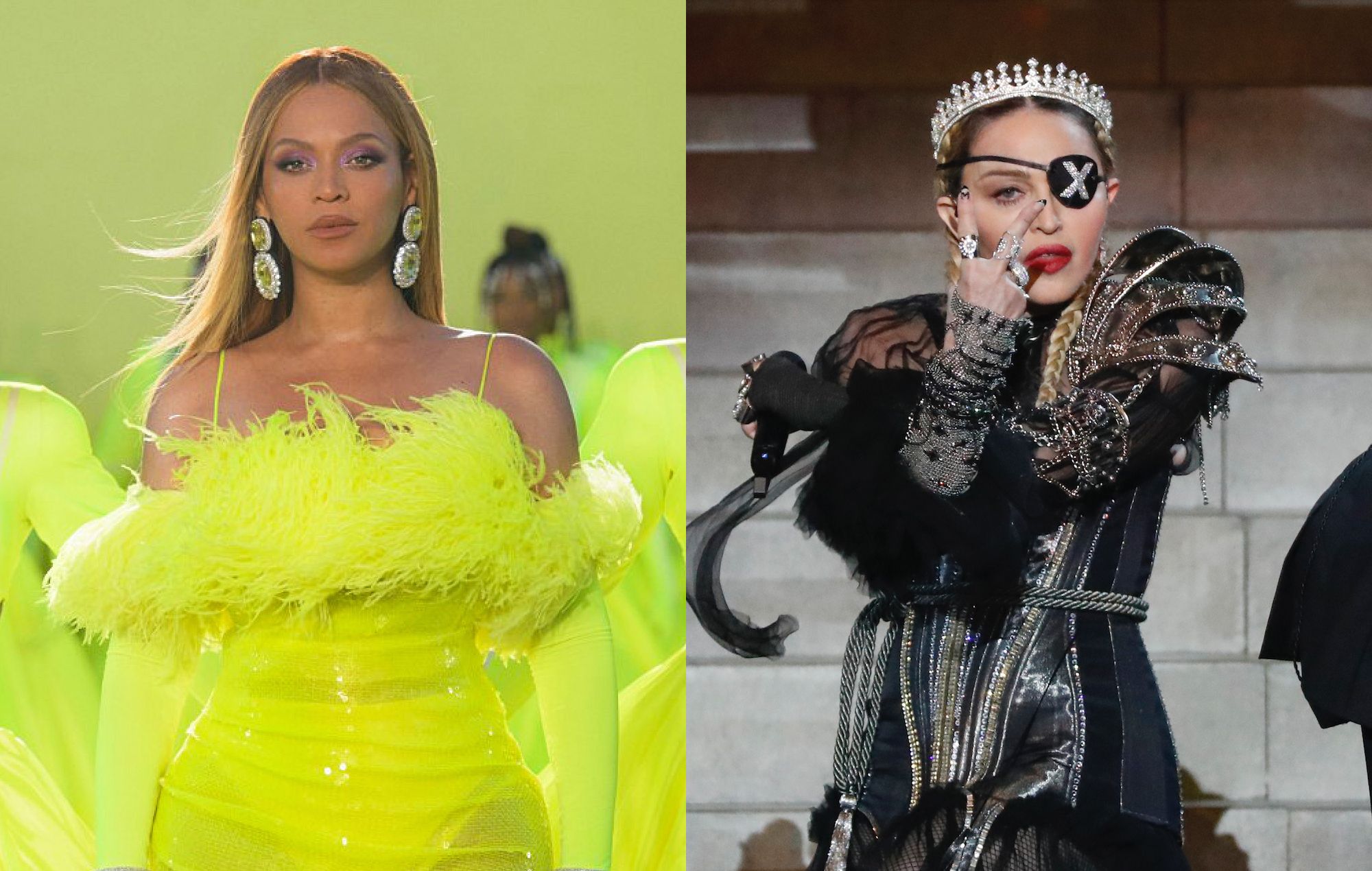 Beyoncé has come through with yet another remix of ‘Break My Soul’, this time linking up with Madonna for a take on the lead single from ‘Renaissance’ dubbed ‘The Queens Remix’.

Clocking in at almost six minutes long, the track leans heavily into the original song’s house and disco influences. It marks the first proper collaboration between Beyoncé and Madonna, though the former did appear in the video for the latter’s Nicki Minaj-assisted 2015 single ‘Bitch I’m Madonna’.

It also comes as the fifth official remix for ‘Break My Soul’, riding hot on the heels of a four-track remix EP that Bey dropped on Thursday (August 4). That release features new spins on the song – which initially arrived as our first preview of ‘Renaissance’ back in June – by Honey Dijon, will.i.am, Terry Hunter and Nita Aviance.

Have a listen to ‘Break My Soul (The Queens Remix)’ below:

Yesterday (August 5), it was confirmed that ‘Renaissance’ had charted in the UK as Beyoncé’s fourth Number One album, while ‘Break My Soul’ became her highest-charting solo hit in 14 years. The burst of good news followed a string of controversy in the wake of the ‘Renaissance’ release, as Bey was forced to scrub an ableist lyric from the track ‘Heated’, and an interpolation of Kelis’ song ‘Milkshake’ from ‘Energy’.

In a four-star review of ‘Renaissance’, which was released last Friday (July 29), NME’s Kyann-Sian Williams said Beyoncé’s latest album “continue[s] leading the charge to bring Black culture back to the forefront of house and dance scenes”. Among other fans of the album were Lil Nas X, who declared that ‘Renaissance’ is “kinda changing my life somehow”.

Meanwhile, Madonna has remained staunch on the importance of owning the rights to her own music, saying in a new interview that she has no plans to sell her sprawling back catalogue. When asked why she wouldn’t consider doing so – as the likes of Justin Timberlake, Sting and the estate of David Bowie have in recent months – she responded bluntly: “Because they’re my songs. Ownership is everything isn’t it?”

Madonna’s last studio album was her 14th, ‘Madame X’, which arrived in June of 2019 and earned a four-star review from NME. Last December, she teased that new music could be released in 2022, sharing a photo of herself recording vocals in a studio. “So great to be back in the studio making Music again,” she captioned a post on social media, promising “suprises [sic] in the New Year”.