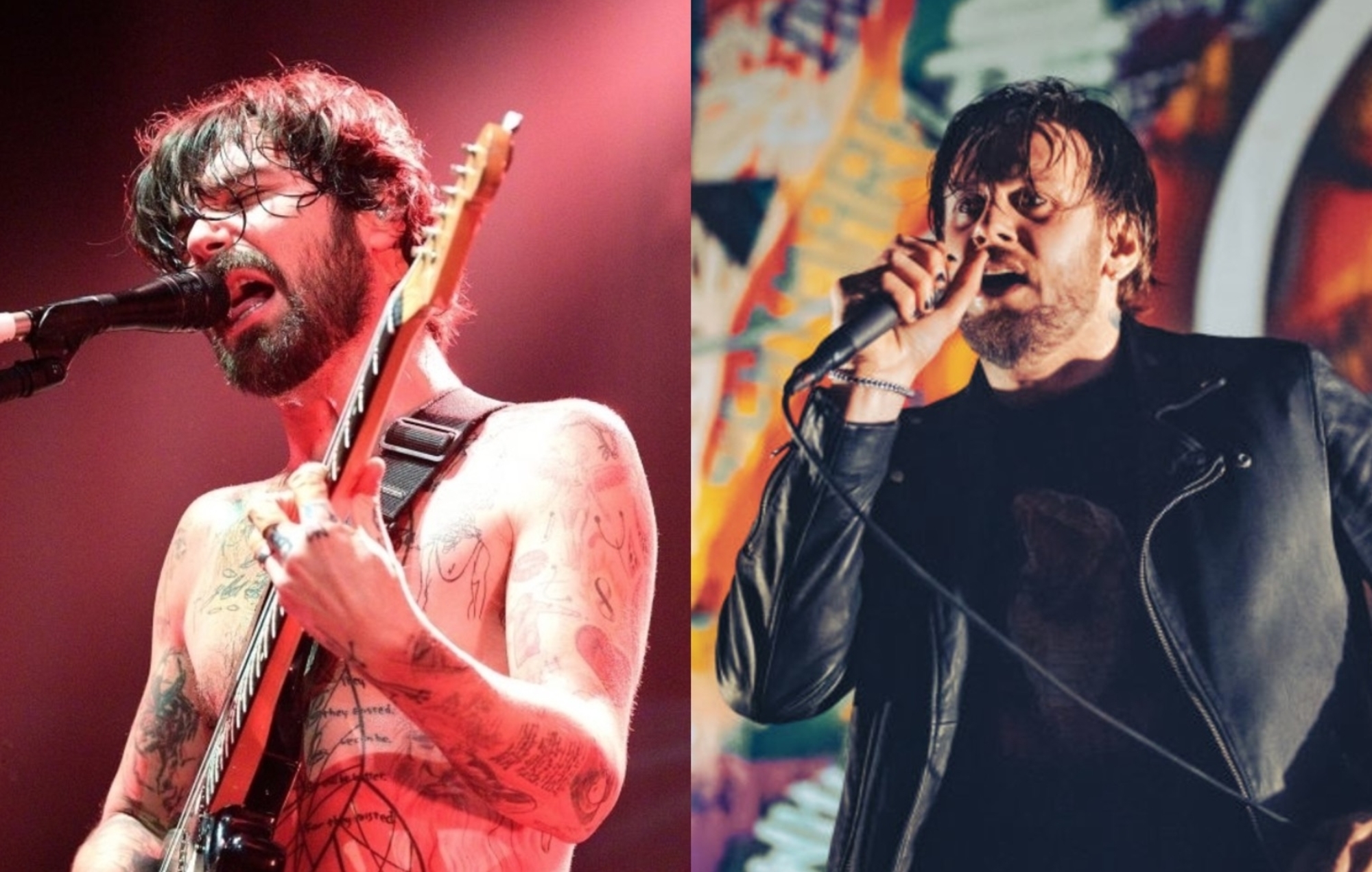 While She Sleeps have released a new single called ‘Nervous’ featuring Biffy Clyro‘s Simon Neil – listen to the track below.

The track, which explores struggles with mental health and draws upon guitarist Sean Long’s own experiences with anxiety, is set to feature on the Sheffield metal band’s forthcoming fifth album ‘Sleeps Society’ (due out April 16) and follows last month’s single ‘You Are All I Need’.

Explaining that ‘Nervous’ is a song the band had been talking about ever since its first demo, Long said: “It’s completely infected us since the start and we all knew instantly that something really special had happened. I would go so far as to say it’s the single most important song I’ve ever written in my life.

“It’s born from experiencing the pain and suffering generated by acute anxiety but also finding a way out from that, which whilst in such a dark and terrifying place felt like the biggest pipe dream imaginable. I felt like if I didn’t write this song then someone else would have.”

He added: “It feels like it needed to be manifested into this world ASAP. I truly believe it’s going to resonate with people on an extremely personal, deep and meaningful level because I feel like it came from a place beyond what we may call ourselves and I feel the song is much bigger than our band.”

Going on to add that he’d like the song to be viewed as a “spiritual request” rather than just a song to enjoy, Long continued: “I’m talking about a particular emotion in this song but the idea is transferable to any negative or troublesome feeling. It’s about accepting your emotions, fears, pains, anxiety, depression – not only accepting them but owning them and becoming one with them completely. It’s about being proud of all our emotions.

“The song is literally telling you to be nervous, be scared and be in pain. By this I mean a lot of our pain comes from the idea that there’s me on the one hand and the pain on the other. So when the pain arrives this ‘me’ is somehow trying to get away from said pain.

He went on: “When we really think this through with clarity we inevitably see its a futile endeavour. The moment we realise this, we can stop fighting and running away and we can begin the healing process by feeling the emotions as if we wanted them to be there in the first place. Once you stop fighting and pushing the feelings away, you realise that most of, if not all of, the pain was caused by this attempt to split ourselves in two. Most of the pain was caused by the fear of the pain itself and the attempt to get away from it.

“It can actually be a good thing to feel these emotions fully and experience that journey of acceptance. If we just sit a little longer with the pain, fully go into the dark, feeling it with every cell of our being, there is a chance of something miraculous to occur for the individual. What do you have to lose? This is what ‘Nervous’ is about.”

Listen to ‘Nervous’ below:

Simon Neil, whose guest vocals add another layer to the track, said: “I’ve been a big fan of what WSS do, and how they do it, for a long time. When Mat and the boys approached me to be a part of their new record it was a no-brainer and ‘Nervous’ is a towering statement of intent for their new era. The way WSS have chosen to promote and release this album, and the new model they are creating, excites me for the future and I am delighted to be a part of it.”

‘Sleeps Society’ will arrive on April 16 and will also feature a guest appearance from Sum 41’s Deryck Whibley. The track ‘Call Of The Void’ will boast members of the band’s fan-oriented platform, which shares the same name as the album. You can pre-order the album here.

Meanwhile, Biffy Clyro have rescheduled the live dates on their upcoming ‘Fingers Crossed’ tour, which had been set to kick off next month.

The gigs, which were due to take place in a number of venues that the trio haven’t played “in over 10 years”, have now been moved following the UK government’s recent announcement of its ‘roadmap’ out of coronavirus lockdown – which could only see a total lifting of restrictions by June 21 at the very earliest.