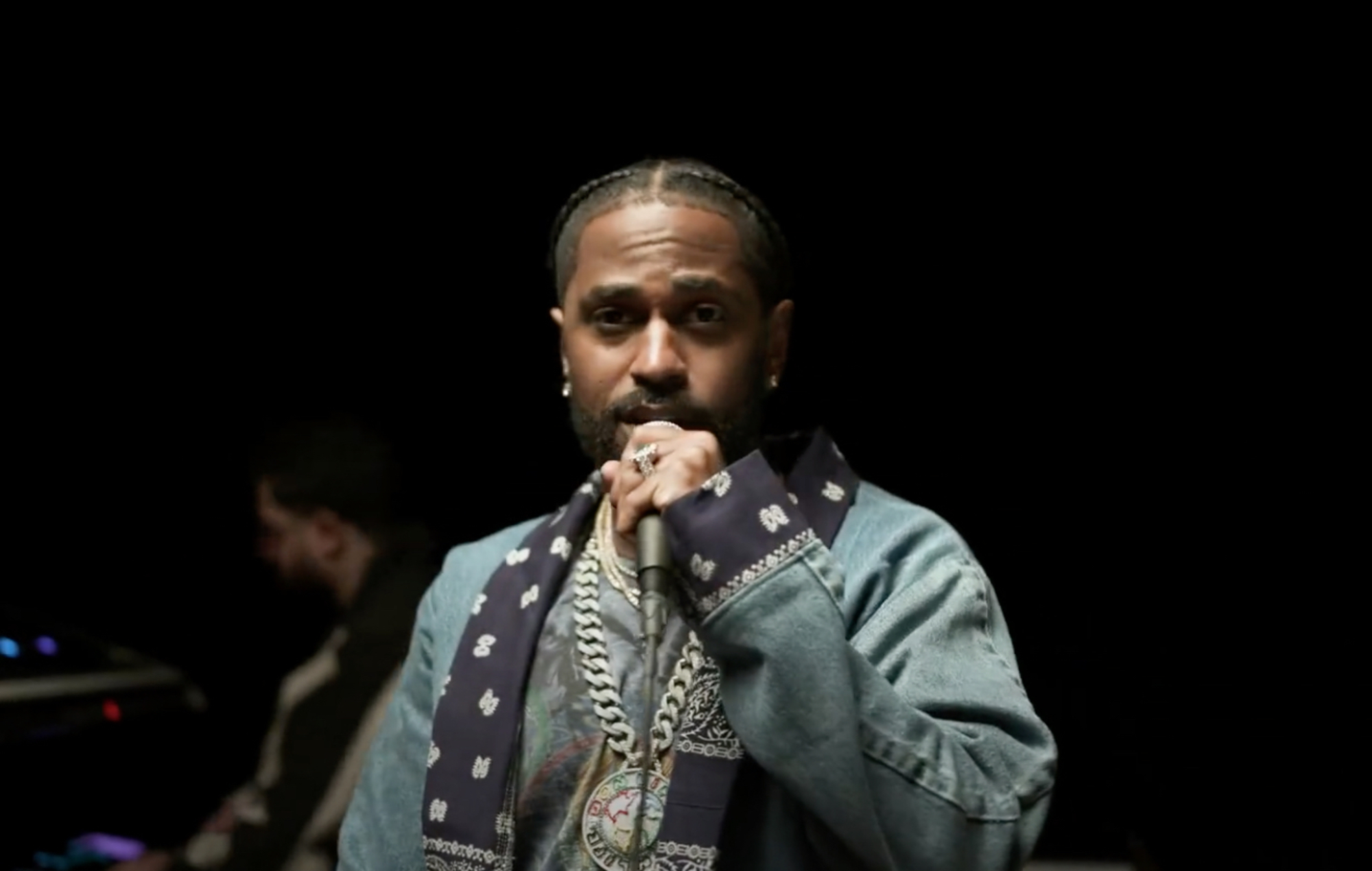 Big Sean celebrated his birthday this week with a live performance of new tracks ‘Lucky Me’ and ‘Still I Rise’ – watch it below.

The rapper turned 33 on Thursday (March 25), and to celebrate he shared a video of him performing a couple of tracks from his recent album ‘Detroit 2’.

Shot by Topshelf Junior, the video sees Sean joined by producer Hit-Boy and a backing band as he raps moving around a performance space.
“Man, lucky me/ I was diagnosed with a heart disease at 19/ Could barely stand on my feet/ Doctors said they had to cut it open, put a pacemaker on it to put it back on beat/ ‘Til my mama took me to holistic doctors and they prescribed me magnesium for two weeks,” Sean raps on ‘Lucky Me’.
“Went back to the regular doctors and they said, ‘Huh, damn, looks like we don’t need to proceed’/ That’s how I know that western medicine weak.”
Watch the video for ‘Lucky Me’ and ‘Still I Rise’ below:

In a three-star review of ‘Detroit 2’, NME‘s Will Lavin wrote: “Although it can be overblown, Sean’s passion is unreserved here, the record peppered with Instagram-worthy captions that urge listeners to take inspiration from their surroundings while keeping friends and family close.”

The review continued: “This is why Sean’s name continues to stay on the lips of rap connoisseurs almost a decade after his debut.”

Meanwhile, Big Sean has announced that his 2012 mixtape ‘Detroit’ is finally coming to streaming services.

The acclaimed project, which won Mixtape Of The Year at the 2013 BET Hip Hop Awards, features the tracks ’24K’, ‘Mula’ and ‘Sellin Dreams’, and includes guest appearances from Kendrick Lamar, Royce Da 5’9″ and Chris Brown.