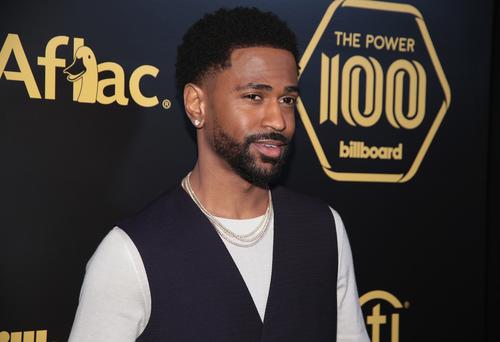 From I Decided to Double Or Nothing, Big Sean gave fans plenty new music over the course the past year or so, and thankfully he’s not ready to stop either. On Thursday night, Billboard caught up with Detroit rapper at their Power 100 event, where he was asked about his latest project with Metro Boomin, Double Or Nothin, & what he had coming for 2018.

While touching on his latest project with Metro Boomin, Sean said they recorded the project simply for the fans and to have fun. “I had already dropped back-to-back No. 1 albums. Double or Nothing was us having fun with it,” he says. “We came together to have fun with it. We did it for the fans.”

In addition to that, Sean also addressed what fans can look forward to in 2018, saying he’s “coming with vengeance” with new music & an upcoming tour. “A lot the tours I do are] based f one project,” he shares. “I wanna do something that’s a culmination everything.”

While he didn’t touch on what his next project will be, he did talk about his Mike Will Made It collab that leaked online recently. “It’s about to drop,” he told Billboard. “I think it leaked prematurely or something, like an old version. I don’t think that was the final one, though. It’s coming soon.”

RELATED: Big Sean Vows To Keep Skulls In Home He Bought From Slash

Watch Big Sean talk about all that & more in this short 2-minute clip (below). Who’s excited for more Big Sean music?