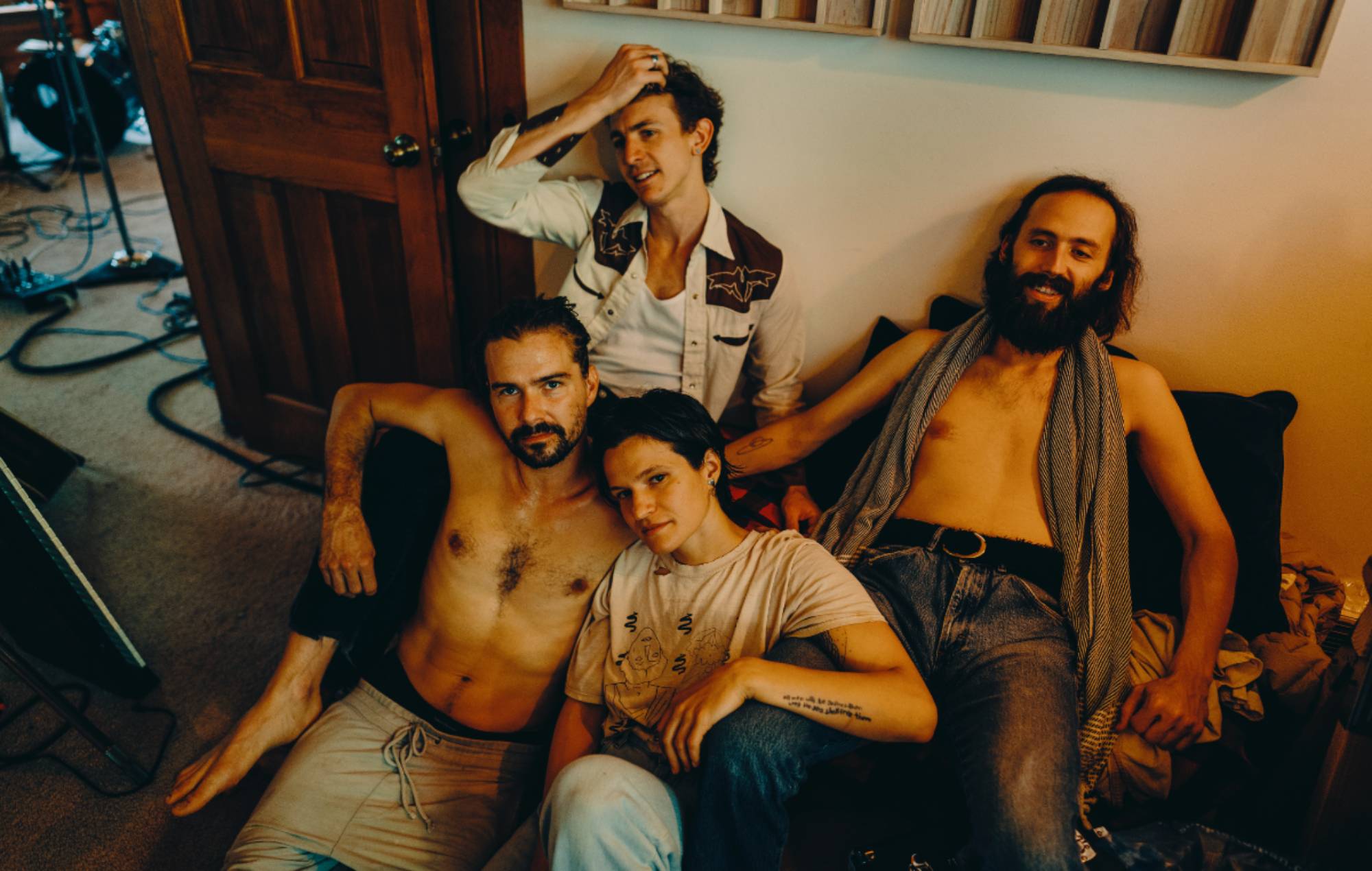 Produced by drummer James Krivchenia, the songs were recorded at Five Star Studios in Topanga, California and the Catskills’ Flying Cloud Recordings.

Describing ‘Little Things’, Krivchenia said: “It’s in this sort of evolving free time signature where the beat is always changing, so Max [Oleartchik, bassist] and I were just flowing with it and guessing where the downbeats were – which gives the groove a really cool light feeling.”

He added of ‘Sparrow’: “We all just scattered about the room without headphones, focused and in the music – you could feel that something special was happening.

“It was a funny instrumentation that had a really cool natural arrangement chemistry – Max on piano, Buck [Meek, guitarist/vocalist] providing this dark ambience, me on floor tom and snare and Adrianne in the middle of it with the acoustic and singing.”

In June, Big Thief announced a UK and European tour for early 2022.

The four-piece – Adrianne Lenker, Buck Meek, Krivchenia and Max Oleartchik – will play 23 headline shows from January to March next year, concluding with a trio of gigs at the O2 Shepherd’s Bush Empire in London.

In March, Meek gave an update on the status of the band’s new album, revealing that it’s “pretty much done”.

Speaking to Guitar.com, Meek revealed that the band have been quietly working on their fifth album over the past year.

“Lockdown was a well-needed respite, I needed a break,” he said. “And then Big Thief ended up making new music for nearly six months, which was really nice because we’ve been touring so hard we’ve had little chance to record in the last couple of years.”

Meek also revealed that he’s already been working on his new solo album, the follow-up to ‘Two Saviors’, which dropped in January this year.

The forthcoming Big Thief album will mark their first since the one-two punch of ‘U.F.O.F.’ and ‘Two Hands’ in 2019.