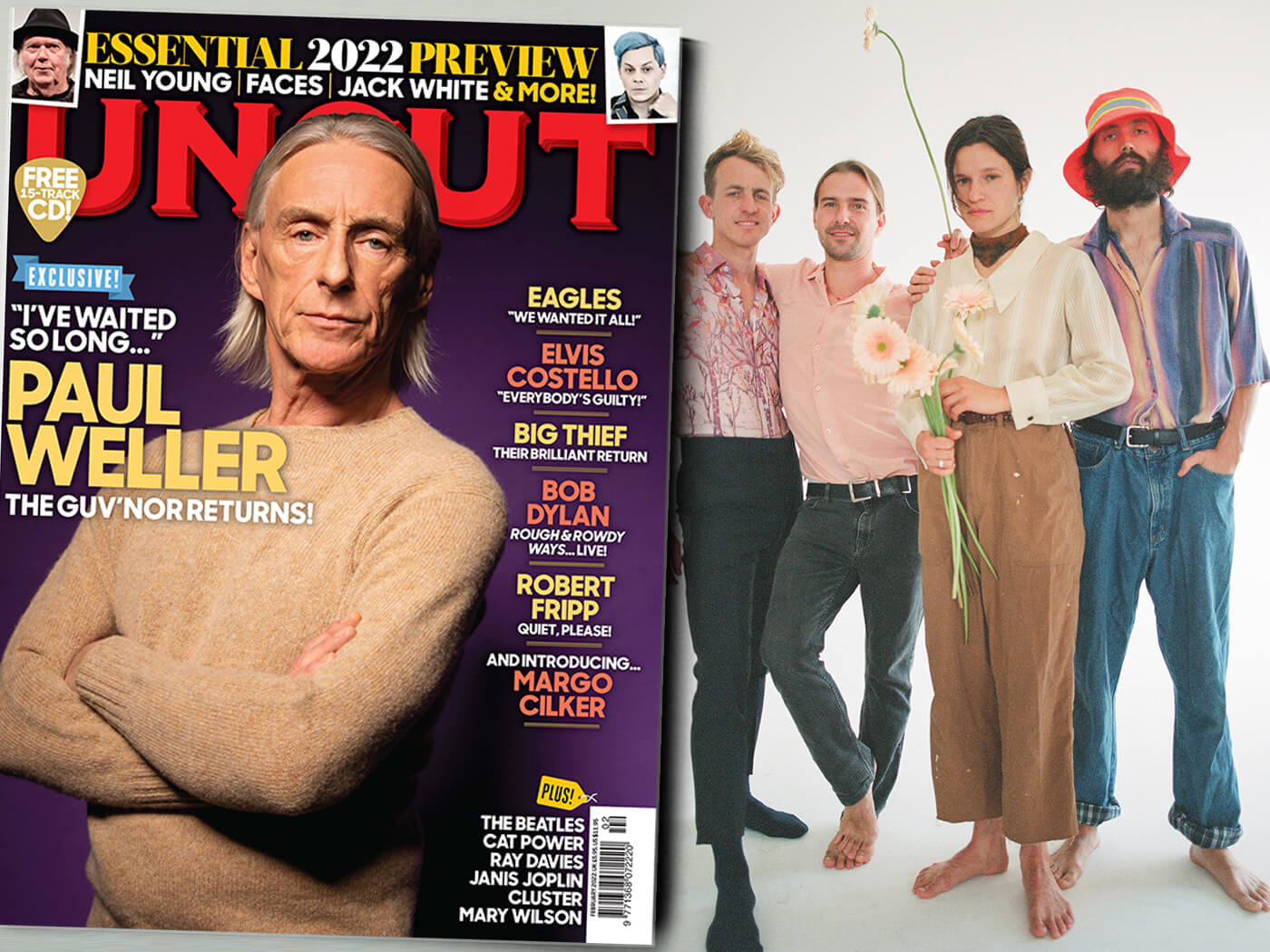 Big Thief: “We need each other to survive”

July 2020 at Sam Evian’s Flying Cloud studio in the Catskill mountains. It’s only a few months since Big Thief’s world tour to promote their albums UFOF and Two Hands was dramatically curtailed by the coronavirus pandemic, with the band forced to play their final show in the street outside Copenhagen’s Vega concert hall before hightailing it back to America in a state of panic. While the rest of the western world stockpiles toilet roll and adjusts to working from home, Adrianne Lenker chooses to lock down in a remote one-room cabin in western Massachusetts, where – processing the heartbreak from her break-up with Australian singer-songwriter Indigo Sparke – she writes and records a pair of twin solo albums called simply Songs and Instrumentals. She also sends a series of songs in the form of voice memos to the rest of Big Thief, working to a new, mystical album title they’ve already decided upon: Dragon New Warm Mountain I Believe In You.

At Flying Cloud, the songs keep coming, appearing to Lenker like “a wind blowing through” her. “Annie can just wake up from a dream and go play a song that was in the dream,” marvels Big Thief bassist Max Oleartchik. “I’m in awe about how quickly it happens.” One night, a huge thunderstorm knocks the power out. Sat around a candle on the kitchen table, the band can hear Lenker on the porch with her Martin acoustic, playing a song they’ve never heard before. Buck Meek is out there too, helping to mould it into shape, intuitively adding harmonies and a second guitar part. “My certainty is wild, weaving”, they sing. “For you I am a child, believing”.

Instinctively, everyone realises they have to capture this moment. Evian manages to connect a four-track tape recorder to the battery of his old Ford F-150 truck via the cigarette lighter. Drummer James Krivchenia sets up a minimal kit in front of the dishwasher while Oleartchik plays bass through a battery-powered speaker perched on the hob. Lenker and Meek come inside and lean against the fridge. Evian plays tambourine and his partner Hannah Cohen adds another layer of harmony as their puppy Jan barks his encouragement. They manage three takes before the fuse to the cigarette lighter blows. The song is called “Certainty”, and it’s so simple and perfect that you can’t believe anyone hasn’t written it before.

“When the power goes out, the inspiration goes up,” laughs Oleartchik. “We’re a group that loves curveballs. It’s not like anyone’s going, ‘Ah, are you sure that’s quality enough?’ It was a very memorable moment.” Lenker talks about it with the wonder of a rookie superhero still coming to terms with their special powers. “It’s like being able to drink water right out of the stream,” she says. “Just this feeling of, ‘Wow, we’re here right now – we’re alive’.”