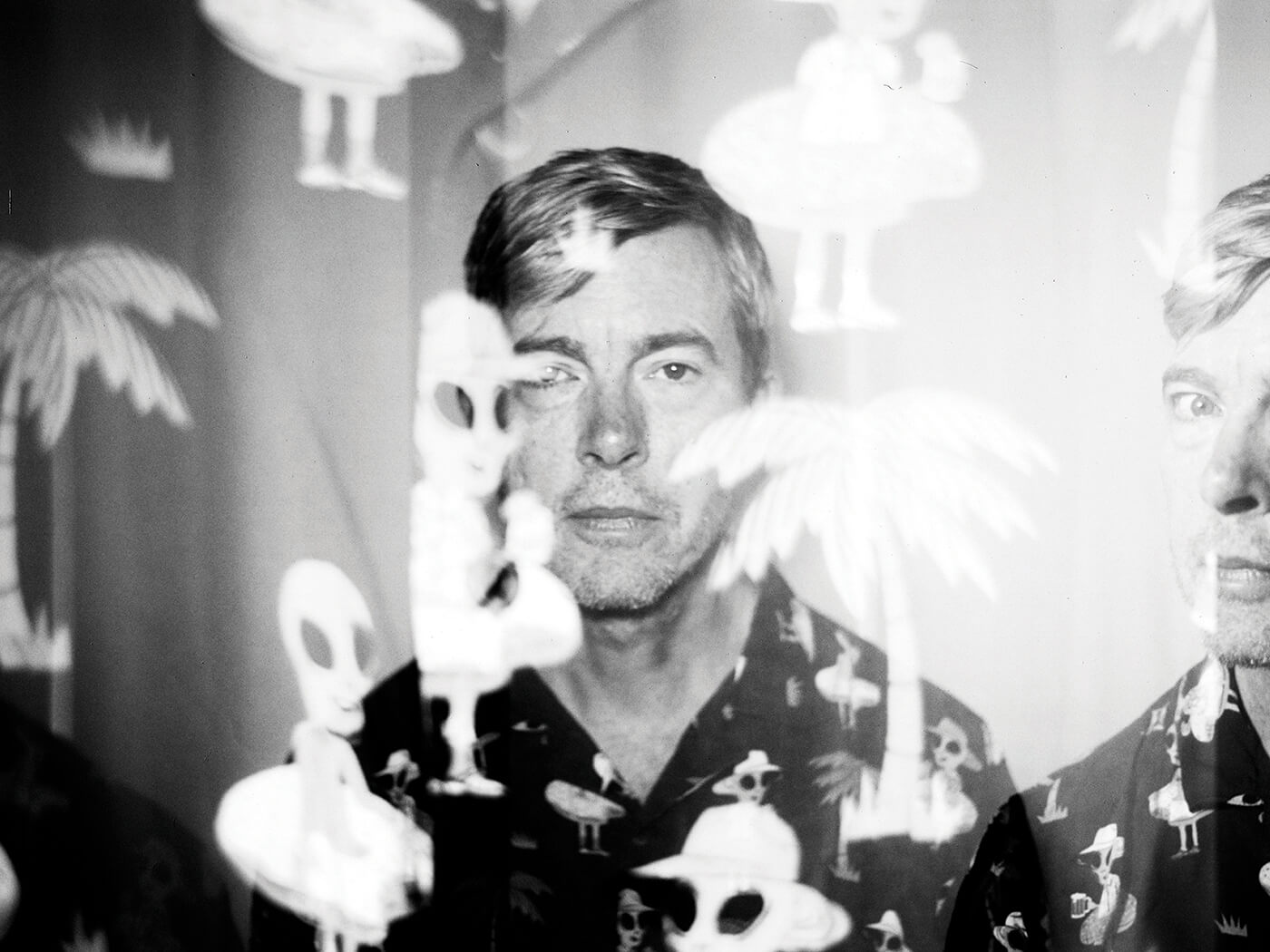 Increasingly bold in saying his cosmic quiet bits out loud, Bill Callahan drifts into reverie on the woozy “Planets” – one of the many spaced-out songs on his new LP – after having stared “at the sky so long I forgot how to talk”. As trumpeter Derek Phelps and regular guitarist Matt Kinsey whip up a suitably galactic storm, the one-time Smog man hears the spheres singing something “vaguely Hawaiian”. “Kilakila Malu”, they chorus. “Kilakila Malu”.

The one-time deadpan king of dysfunction is continuing to follow a slightly yoga-pants-and-Birkenstocks path on his 20th studio LP. Having established himself as a career outsider with 1997’s prowler’s charter “Ex-Con”, the lo-fi Marylander has long-since stretched out from scratchy songs of desperation into more expansive terrain, 2003’s Supper and 2009’s Sometimes I Wish We Were An Eagle including some of the era’s most acute songs of love.

However, if their extensive leafings from his dream diary had some precedent in his earlier work, the themes of marriage and fatherhood that dominated 2019’s Shepherd In A Sheepskin Vest and 2020’s Gold Record felt like a betrayal for those who liked Callahan more when he could sing “why’s everybody looking at me like there’s something fundamentally wrong?” (as he did on “Palimpsest”, from 2005’s A River Ain’t Too Much To Love) and mean it.

If the new model Callahan continues to come out with slightly grandiose, Buddha-like statements (“we must bow our heads to get in and out of what we’re living in”, the 56-year-old nods sagely on “The Horse”), YTI⅃AƎЯ is a more troubled, and troubling work than its predecessors. Peppered with floaty jazz sections, and unexpected backing vocals (including contributions from Callahan’s son, Bass), its stated intention was to re-engage with a post-pandemic, post-Donald Trump world, though Callahan’s vision of life on the other side of the culture wars is an idiosyncratic one. His mantra amid the Crazy Horse-play of opener “First Bird” is “as we’re coming out of dreams, and we’re coming back to dreams”. His message: the inner world is more meaningful and engaging than the manufactured outrages of the outside one.

Seemingly channelling Carl Gustav Jung, Callahan warms to his task on Caravan-fandango “Natural Information”, singing about dipping into some well of universal truth during a pushchair ramble with his baby daughter. Accessing these extra levels of consciousness is easy, he suggests, if you know how. He then boasts absent-mindedly of his speed-dial relationship with his creative self (and his taste in leisure footwear) as he adds: “I wrote this song in five, in recovery slides”.

The luminous “Coyotes” covers less well peer-reviewed terrain, Callahan drifting off into a meditation on reincarnation, and lovers reconnecting from lifetime to lifetime, after watching a sleeping family dog. “We tend to stick together down through the generations”, he sings in deadly earnest. “Holding hands through many lives”.

If this esoteric knowledge is reassuring, YTI⅃AƎЯ is not a new age pamphlet set to music. Anger and sadness course through it too. Listen closely, and line-dance-friendly closer “Last One At The Party” reveals itself as Callahan’s in memoriam to Silver Jews kingpin David Berman. “Drainface” glowers, “Partition” snarls, while “Naked Souls” taps into the cacophony of unhappy humanity – the incels, keyboard warriors and would-be cops and spree killers – and seemingly suggests a cull.

Callahan wrote, gently, touchingly, about his mother’s passing on Shepherd In A Sheepskin Vest, but returns to her deathbed on “Lily”. The wheel of her stretcher squeaks as her body is taken away. There are unresolved issues, then a séance. “The medium said you were sticking around halfway to make sure my boy was OK”, says Callahan. Going by the dark noise behind him, this message from behind the curtain is more unsettling than reassuring.

YTI⅃AƎЯ picks at the fabric of the universe and if it doesn’t always find the answers it wants, the expansive musical backdrop underlines its slightly ecstatic, questing spirit: here Mark E Smith, there Marquee Moon. As he continues to jot down his inner workings, Callahan may veer too close to psychobabble for some, but his writing remains subtly mined with pomposity-busting gags, even if his truth is increasingly out there.

Back on “Planets”, Callahan sees the sun clock off for the day and is overwhelmed by the fundamentally benign nature of the cosmos. For a moment the astral plainsman feels refreshed; “renewed”, as he puts it “for a second season”. Google Translate says “Kilakila Malu” means “shadow place” in Hawaiian. Go deeper if you dare.