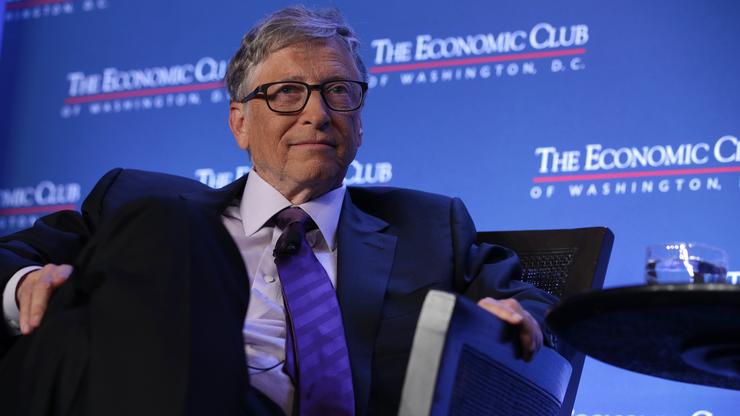 Bill Gates is stuntin’ on all of us.

Biggie said “mo money, mo problems,” and if that’s true we just need to ask Bill Gates. The Microsoft founder has just earned the title of world’s richest man, beating out Amazon founder Jeff Bezos. According to Bloomberg, Gates has a whopping net worth of $110 billion while Bezos has approximately $109 billion. That’s stacks. Bill Gates has earned this title before, beginning in 1995 when he only had a net worth of $12.9 billion.

Gates has actually been more focused on philanthropy in recent years as opposed to getting paper, but the paper keeps rolling in anyways. Bill sold approximately $35 billion worth in Microsoft stocks for his Bill and Melinda Gates Foundation which does incredible work worldwide. Still, the billionaire owns large amounts of Microsoft stocks, and the stock is up, so he is getting that guap. As of June 22nd, Microsoft stocks were valued at $136 and now they’re sitting just under $150. Jeff Bezos took a couple of financial hits this year, with possibly the most scandalous being his widely covered and expensive ($35 billion) divorce to his ex-wife Mackenzie Bezos. Now Gates sits on the throne as the richest man in the world, but he spends his time committed to doing good for others. Props to Bill Gates.