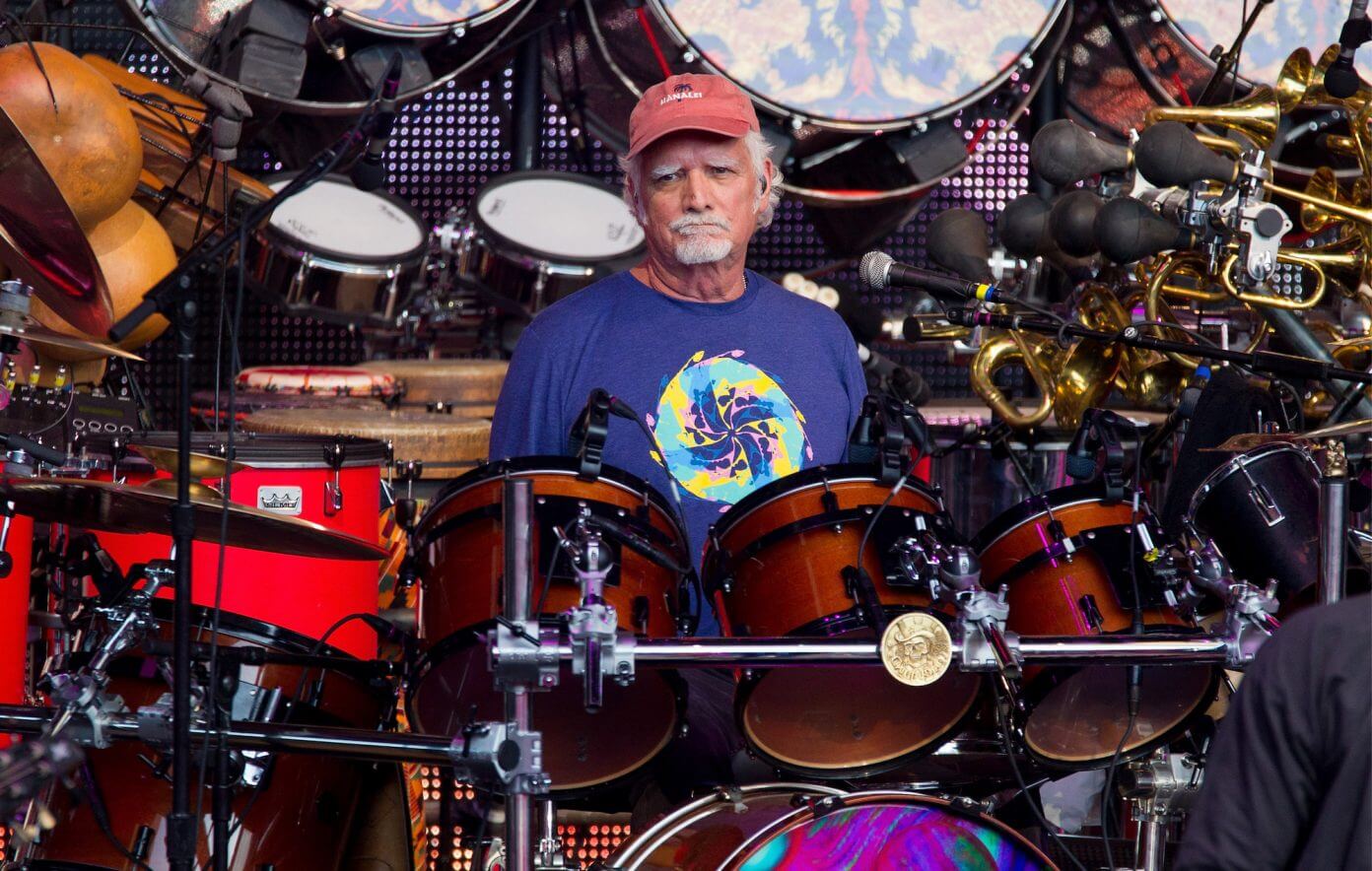 Dead & Company drummer Bill Kreutzmann will not be appearing at the band’s shows in Mexico over the next two weeks, as his doctor reportedly ordered him to “sit this one out” due to issues with his heart.

The band – composed of surviving Grateful Dead members alongside John Mayer, Jeff Chimenti and Oteil Burbridge – are days away from hosting this year’s edition of their destination festival Playing In The Sand. The first leg of the festival, taking place alongside Mexico’s Riviera Cancún, will run from this Friday (January 7) through to Monday (January 10). The second, meanwhile, will take place the following weekend (January 13-16).

Kreutzmann announced via Twitter that he’d be skipping both legs of the festival, citing concerns over his health that began to arise the year prior. “After a lifetime of playing special beats, it’s almost no wonder that my heart came up with its own idea of rhythm,” he quipped.

“All jokes aside, my doctor has ordered me to take it easy (and stay safe) through the end of January so that I can continue to drum and play for you for many tours to come. I have a lot of music left in me and there’s no stopping me from playing it.

“I’ve never been one to obey orders or play by the rules, but in the interest of longevity, I hope you’ll understand.”

Read the full thread from Kreutzmann below:

ordering me to sit this one out.

As many of you know, I had some health issues this past fall. After a lifetime of playing special beats, it’s almost no wonder that my heart came up with its own idea of rhythm. All jokes aside, my doctor has ordered me to take it easy…
(2/4)

but in the interest of longevity, I hope you’ll understand.

I wish my brothers in the band the best these next two weeks and I look forward to meeting back up with them — and with you — before you know it. Please stay safe out there so that we can do it all again.

Rolling Stone reports that Jay Lane will be filling in for Kreutzmann at Playing In The Sand. The former Primus drummer had previously taken Kreutzmann‘s place last October, playing with Dead & Company for four of their shows in Colorado as well as their Halloween gig at the Hollywood Bowl.

Last August, Dead & Company performed a faithful recreation of The Grateful Dead‘s set at Woodstock 1969. It came as part of their ongoing North American tour, with the show in question being held on the original festival site.