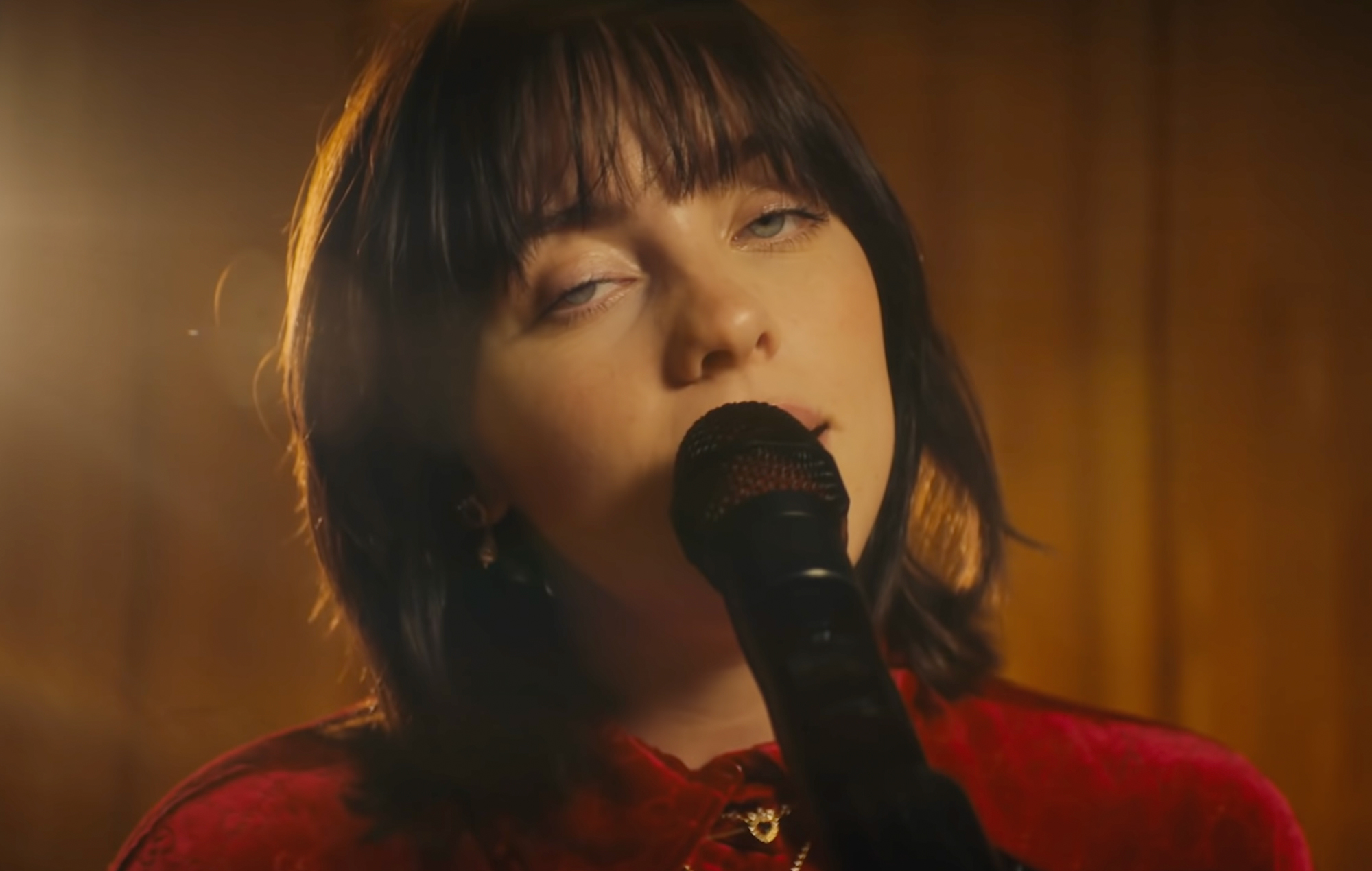 Billie Eilish has shared a charming acoustic version of her ‘Happier Than Ever’ highlight ‘Billie Bossa Nova’, which she performed live with her brother and creative partner Finneas O’Connell.

Directed by Philip Andelman as part of a promotional campaign for Gucci, the video’s warm, sepia-tinged lighting and dapper aesthetic matches the song perfectly. O’Connell performs its melody with gentle, flamenco-esque noodling, while Eilish approaches the vocal with a more relaxed composure than we’re used to seeing from her.

Take a look at the performance below:

Earlier this month, it was confirmed that work on Eilish’s third album was officially underway, with O’Connell saying the pair were “really excited to start working on” their next batch of songs. When asked how far along they’d made it into the creative process, O’Connell said they had “interesting skeletons” for songs written, but were “not sure what animals they are”.

‘Happier Than Ever’ landed back in July. In addition to its title track, the album was supported by singles ‘My Future’, ‘Therefore I Am’, ‘Your Power’, ‘Lost Cause’, ‘NDA’ and ‘Male Fantasy’.

NME gave the album a five-star review, saying it “fully establishes Billie Eilish as one of her generation’s most significant pop artists – and, better still, does so without repeating a single trick from the debut that turned her life upside down“.

Eilish and O’Connell will take ‘Happier Than Ever’ – which just earned a Grammy nomination for Album of the Year – on the road all throughout 2022. They’ll be playing shows across North America, Australia, New Zealand and Europe, with six shows set for the O2 in London.

Elsewhere, Eilish revealed last week that she was diagnosed with COVID-19 earlier in 2021; the artist told Howard Stern that if she weren’t vaccinated, she “would have died”. She also discussed her exposure to pornography as a young child, saying it “destroyed [her] brain”.

In more lighthearted news, Eilish recently appeared on an episode of Saturday Night Live, serving as both a musical guest and host. She performed ‘Male Fantasy’ and the title track from ‘Happier Than Ever’, and took part in a host of sketches.