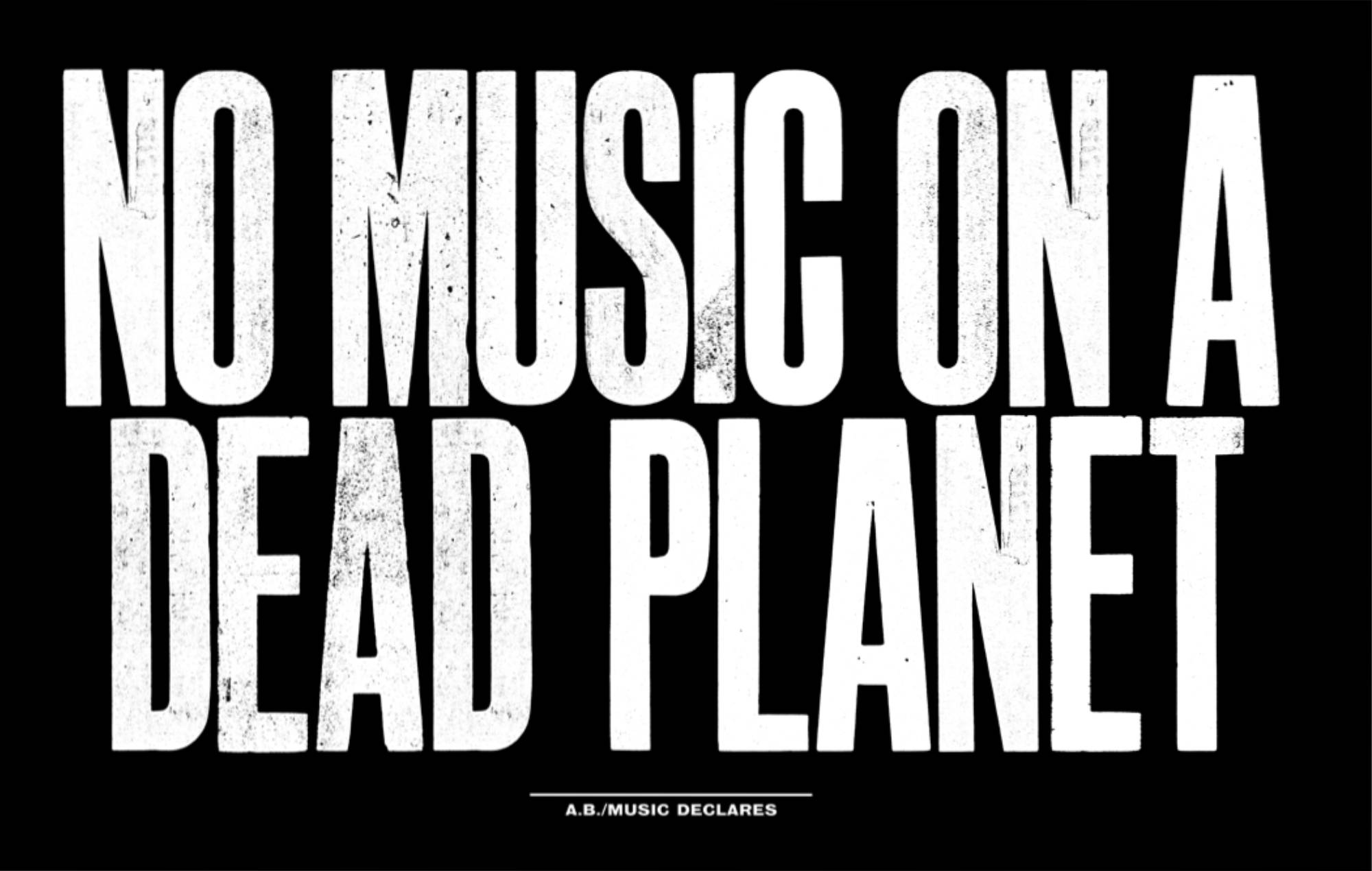 Music Declares Emergency has launched a new “US chapter”, with artists including Billie Eilish, Bon Iver, Arcade Fire and Brian Eno supporting the cause.

Music Declares Emergency (MDE), a group dedicated to guiding the music industry’s response to the global climate and ecological emergency, has launched its US initiative with support from artists who are passionate about the climate crisis.

As well as those above, other names pledging their support included The 1975, Major Lazer, The Pretenders, Annie Lennox, Tom Morello, Tom Odell and more. The official MDE US homepage can be found here.

Initially started in the UK in 2019, MDE is now also operational in France, Germany, Switzerland, Chile and Canada. It’s gathered over 6000 signatures from across the music industry supporting a declaration that calls for an immediate governmental response to do more to combat climate change.

A statement said: “Now, more than ever is the time for the United States to loudly and proactively join the rally to curb and reverse greenhouse gas emissions.

“The climate crisis is the greatest challenge of our time, and the power of music should take its place at the forefront of this important movement to create a safer, fairer, more sustainable world. The climate crisis is about science, not politics. There is #NOMUSICONADEADPLANET.”

Fay Milton of Savages, who is a co-founder of MDE, said in a statement: “If you’re ever going to get involved in climate action, the time is now.

“In a few years’ time it will be too late. Environmental ‘tipping points’ are very close on the horizon, that’s when the ice melts and no longer reflects the sun’s heat and the earth suddenly starts heating up more quickly, or the permafrost thaws and releases loads of methane into the atmosphere. Once we reach those points, there’s no going back.

“This is why kids are chaining themselves to buildings and sitting in the road in front of cars, desperate to make people pay attention. It’s really hard to think about this stuff and it’s all just really heartbreaking, but while there is still time, I’m not going to stop trying my best to push for the change we need.”

The Pretenders’ Chrissie Hynde added: “This declaration needs to be the moment where music steps up and really pushes the truth to our audiences and confronts governments so that things happen much more quickly.”

Earlier this week, MDE announced a new partnership with music industry organisations and a number of global artists to celebrate Earth Day 2022.

“From new technologies to smarter finance, bringing the world together in song to revealing new releases from some of the biggest names in music, the week is a celebration of the ability of music to power real change,” organisers said in a statement about the initiative.

The global project will see a number of artists taking on ‘Resolution Song’ and performing it for the camera to call for peace, unity, global harmony and action on climate, celebrating the differences and similarities that bring us all together.

“‘Resolution Song’ is a joyous demonstration of the power of humanity when we come together,” organisers added. Find out more info here.