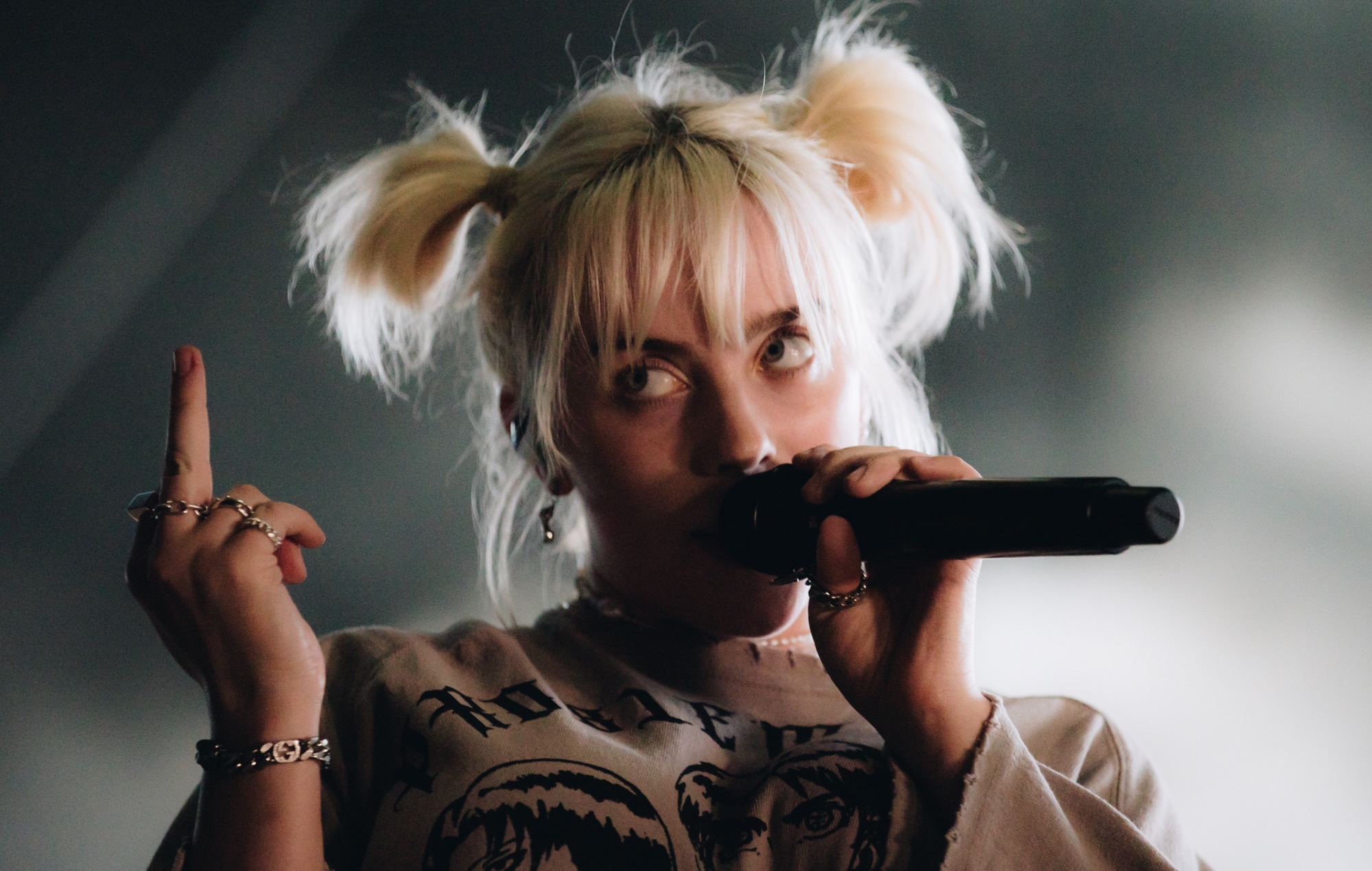 Billie Eilish has spoken out against Texas’ newly implemented abortion laws during her headline set at Austin City Limits 2021.

At one point during the show, Eilish admitted: “When they made that shit a law, I almost didn’t want to do the show because I wanted to punish this fucking place for allowing that to happen here.

“But then I remembered that it’s you guys that are the fuckin’ victims, and you deserve everything in the world,” she continued. “And we need to tell them to shut the fuck up.”

She then raised her middle finger, encouraging the crowd to do so too, while proclaiming “my body, my fucking choice!”. Banners for ‘Bans Off Our Bodies’ – a nationwide campaign advocating for safe access to reproductive healthcare – can be seen on the stage screens. Take a look below:

Billie Eilish speaks out against Texas’s new abortion law during her set at Austin City Limits:

“When they made that shit a law, I almost didn’t want to do the show, because I wanted to punish this fucking place for allowing that to happen here… My body, my fucking choice!” pic.twitter.com/U84pNYtN7G

The restrictive laws prohibit abortions to take place once cardiac activity can be detected in the foetus. This timeframe is typically around six weeks, before most people know they are pregnant. There are no exceptions for cases involving rape or incest, and private citizens have the right to take legal action against anyone involved in assisting an abortion to take place.

Last month, Eilish responded to the new legislation in a series of Instagram stories, saying “I’m so fucking tired…Makes me sick how many men say nothing when it comes to women’s rights”.

Yungblud, Maggie Rogers, St. Vincent and Lucy Dacus all spoke against the laws when they came into effect the first week of September. Dacus, along with Jack Antonoff, also pledged proceeds from their respective shows in Texas to charities that support abortions.

On October 1, Phoebe Bridgers officially released a version of Bo Burnham’s ‘That Funny Feeling’ on Bandcamp, with all proceeds going to a range of abortion funds in Texas.


Earlier this week, Disney announced Billie Eilish is voicing Sally in two live-to-film performances of The Nightmare Before Christmas, taking place later this month. Eilish will be performing ‘Sally’s Song’ from the 1993 Tim Burton musical.