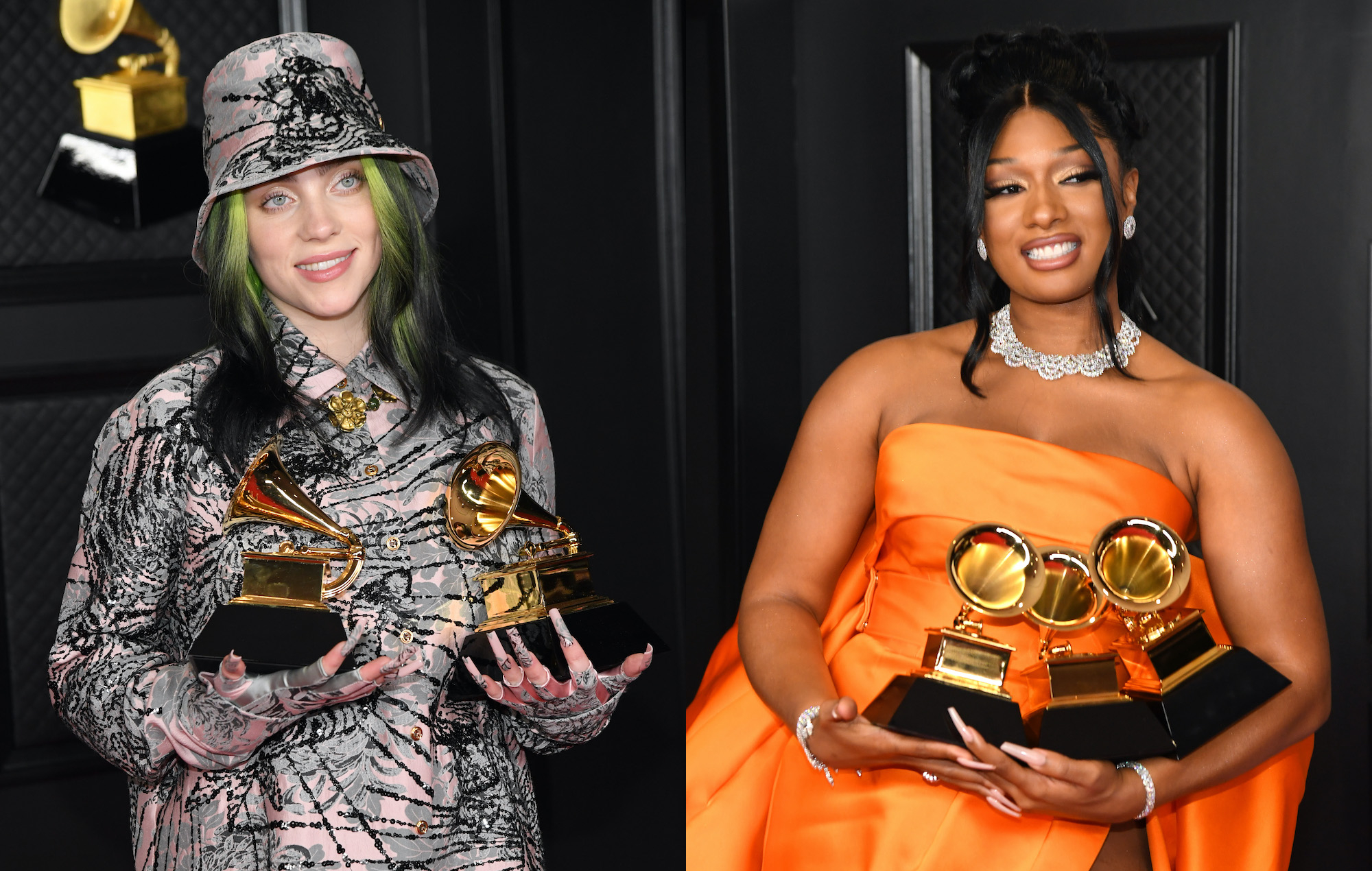 Billie Eilish pays tribute to Megan Thee Stallion in Grammys speech: “You deserve everything in the world”

The pop star and the Houston rapper were both nominated in the Record Of The Year category for ‘Everything I Wanted’ and ‘Savage Remix (featuring Beyoncé)’ respectively.

When Eilish was named as the winner, she honoured Megan in her speech. “This is really embarrassing for me,” she began, addressing the rapper. “I was gonna write a speech about how you deserve this but then I was like ‘there’s no way they’re gonna choose me’. I was like, ‘it’s hers!’ You deserve this.

“You had a year that I think is incomparable. You are a queen. I wanna cry thinking about how much I love you. You’re so beautiful, you’re so talented. You deserve everything in the world. I think about you constantly. I root for you always. You deserve it, honestly. Genuinely, this goes to her.”

Eilish added that, despite thinking Megan should have taken home the trophy, “I really do appreciate this”. Watch her speech below.

The star also won the award for Best Song Written For Visual Media for her Bond theme ‘No Time To Die’. At the start of the main ceremony, Eilish performed ‘Everything I Wanted’ from on top of a car.


She also performed for the first time at the Grammys, delivering a rendition of her ‘Good News’ track ‘Body’ before being joined on stage by Cardi B for ‘WAP’.

You can catch up with all of the winners from the Grammys 2021 here. Beyoncé took home the most awards and broke history in the process, becoming the most-awarded female artist and any singer, male or female, in Grammys history.