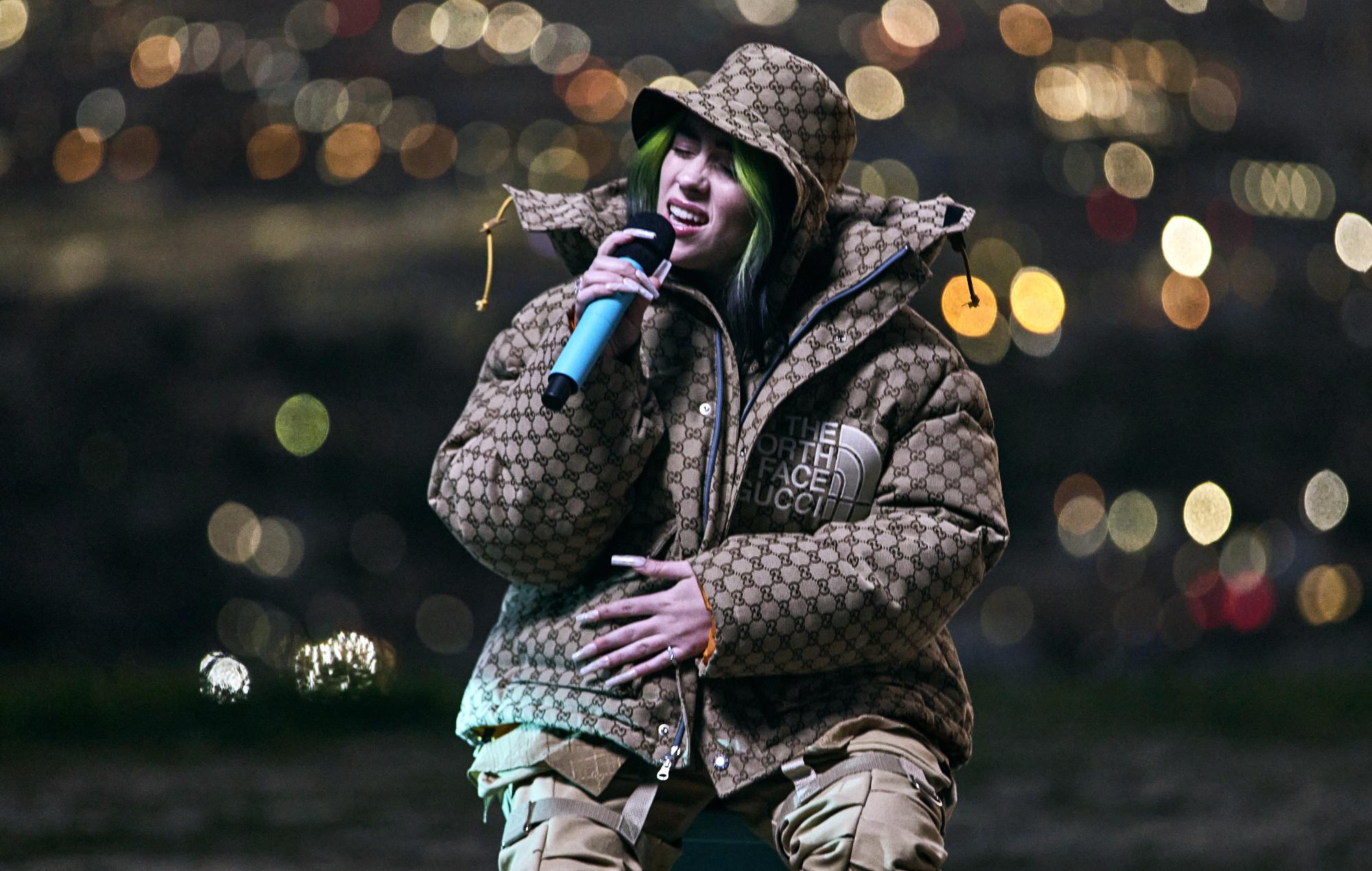 Billie Eilish has reacted to a person who said she’s currently in her “flop era”, by reposting their comment and shooting a clip of herself trying not to laugh at the observation.

The singer, whose new album ‘Happier Than Ever‘ arrives on July 30, posted on TikTok to say such comments are “literally all I see on this app”. She responded to the “flop” comment in particular with: “eat my dust my tits are bigger than yours”.

Eilish’s reaction comes amid promotion for her second record which she has described as being “much better” than her 2019 debut, ‘When We All Fall Asleep, Where Do We Go?‘

The pop star said in a new interview that therapy has aided her creative process, leading to the best music of her career so far.

“I genuinely believe that everyone, every human on earth should go to therapy, whether you feel this or that about your life, if you’re happy or anything. Anyone should go, even if they think their life is just amazing and perfect, and nothing’s wrong. Every single person should go,” she told Zane Lowe on Apple Music 1.

“And I think it helps my creative process, because it makes me not word vomit, and it makes me not have everything up here. It makes me talk through things, and then I think about them constantly.”

It’s the fifth song by Billie Eilish  to be shared from ‘Happier Than Ever’, following ‘Your Power’ and ‘Lost Cause’, as well as ‘My Future’ and ‘Therefore I Am’, both of which were released in 2020.