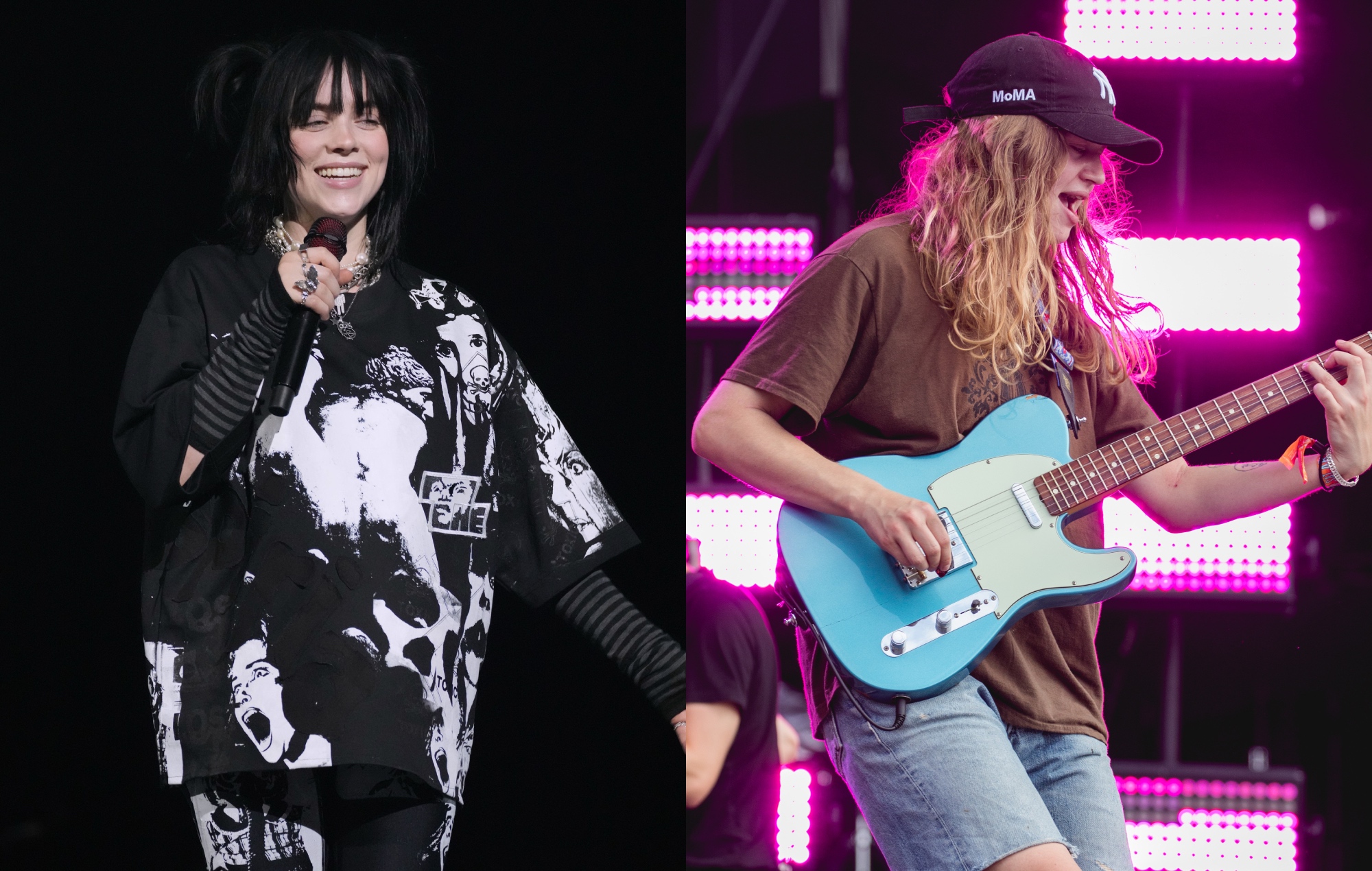 Billie Eilish surprised Girl In Red by presenting her with a Spellemann award at Coachella 2022 this weekend – check out the video below.

The Norwegian artist, real name Marie Ulven, won the statue – often referred to as a Norwegian Grammy – in the Album Of The Year category for her acclaimed 2021 debut ‘If I Could Make It Go Quiet’.

Ulven was also named Songwriter Of The Year at the Spellemanns – check out the full list of winners here.

“I am about to surprise Girl In Red with the Spellemann Album Of The Year award,” explained Eilish in a video that was filmed at weekend two of Coachella. Ulven is then seen entering the tour bus to find Eilish inside.

“What the fuck?!” said a shocked Girl In Red. “What the actual fuck?! That’s a Norwegian Grammy, y’know.” Eilish responded: “I am aware. You have won the Spellemann… Album Of The Year!”

The pair then hugged as Eilish congratulated Ulven on her victory. “This is so weird!” Girl In Red said, adding: “Dude! I did not expect this.”

Eilish told Ulven that the win was “so fucking cool”, saying: “I’m sorry to put you on the spot. You’re amazing, we love you so much. Congratulations.”

Elsewhere in the clip, it was explained that the singer-songwriter had set the record for the most Spellemann nominations – receiving a total of seven nods in various categories, including Song Of The Year for the Finneas-produced single ‘Serotonin’.

Speaking to NME last year, Ulven recalled Eilish’s reaction to track. “Billie said that the lyrics were bonkers, and that’s insane,” she said. “I’m so stoked.”

As for the chances of collaborating with Eilish in future, Ulven told NME: “No! I think that’s a pretty far-out question. I would love that one day, never say never, but right now I don’t know who I am when it comes to working with other musicians in that way.”

Billie Eilish and Girl In Red will both perform at the second weekend of Coachella 2022 today (April 23).

In a four-star review of Eilish’s weekend one headline set, NME wrote: “Billie doesn’t seem interested in following any well-worn path to success, proving that when we see her in a crown, it’s because she’s earned the right to wear one.”