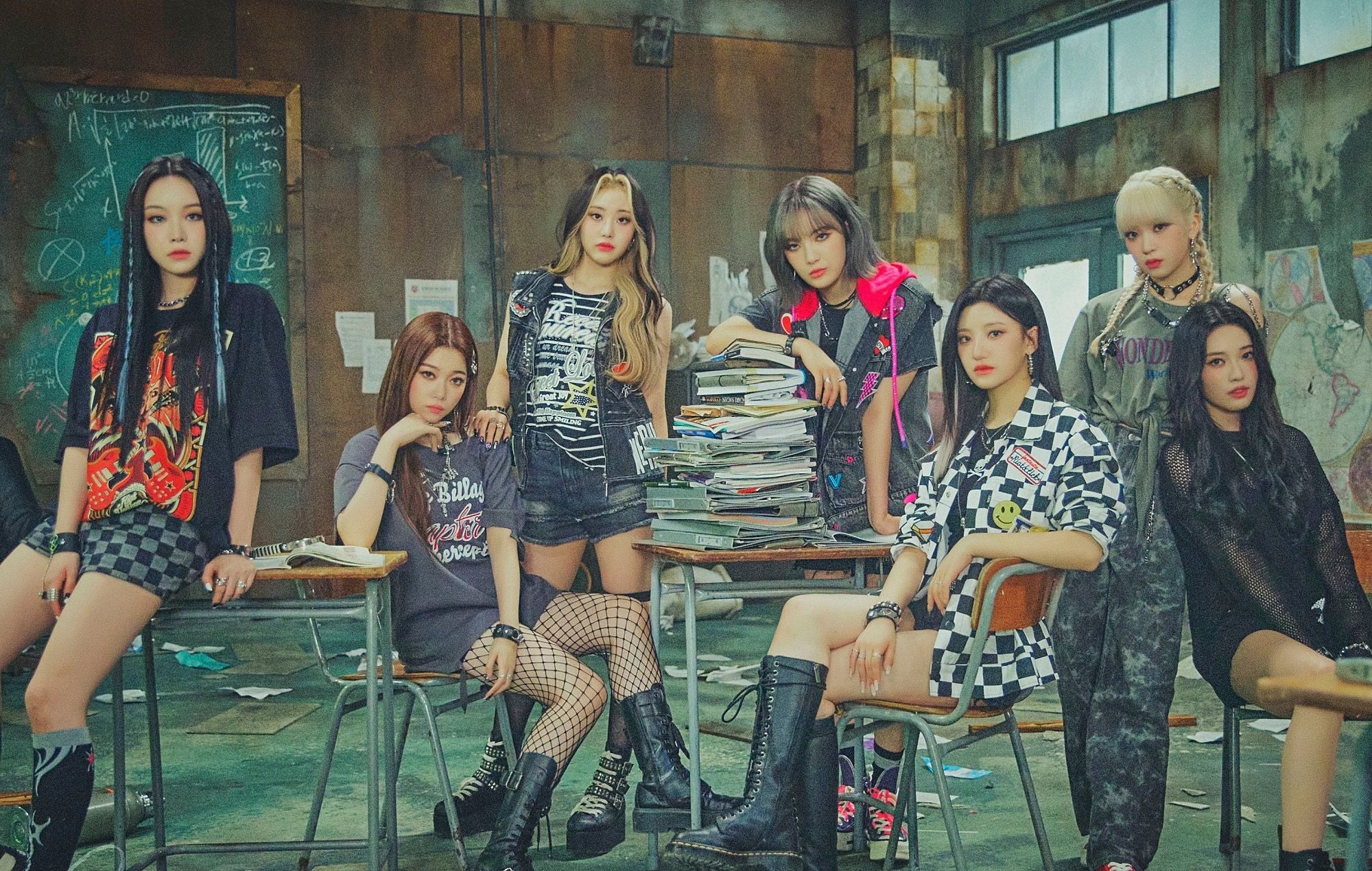 Earlier today (August 29), the seven-member act uploaded a sneak peek of ‘RING ma Bell (what a wonderful world)’, the lead single of their upcoming mini-album ‘the Billage of perception: chapter two’. The music video and mini-album will drop on August 31 at 6PM KST.

In the new clip, Billlie sit in a dilapidated classroom as member Tsuki runs to pick up an electric guitar. The upcoming single’s rock instrumental kicks in the moment she plugs in the instrument, and the scene switches to all the members kicking their feet in the air in a choreography shot.

Billlie have also shared snippets of all five of the mini-album’s B-sides in a series of minute-long clips on Youtube, namely: ‘my B = the Birth of emotion’, ‘$UN palace (Stroop effect)’, ‘B’rave ~ a song for Matilda’, ‘Mcguffins ~ who’s the Joker?’ and ‘[email protected] 2 where we Belong’.

‘the Billage of perception: chapter two’ marks the girl group’s third mini-album overall and their second of 2022, following February’s ‘the collective soul and unconscious: chapter one’. That record was led by the single ‘GingaMingaYo (the strange world)’, which gained attention after a fancam of Tsuki performing the song went viral.

‘GingaMingaYo (the strange world)’ also made it to NME’s list of 15 best K-pop songs of 2022 so far, where it was praised as “a much-needed shot of pure dopamine in an era that seems to favour bare-boned anti-drops.”

Billlie first debuted under Mystic Story, a subsidiary of SM Entertainment founded by singer Yoon Jong-shin, in November 2021 with their first mini-album ‘the Billage of perception: chapter one’ and its lead single ‘RING X RING’.