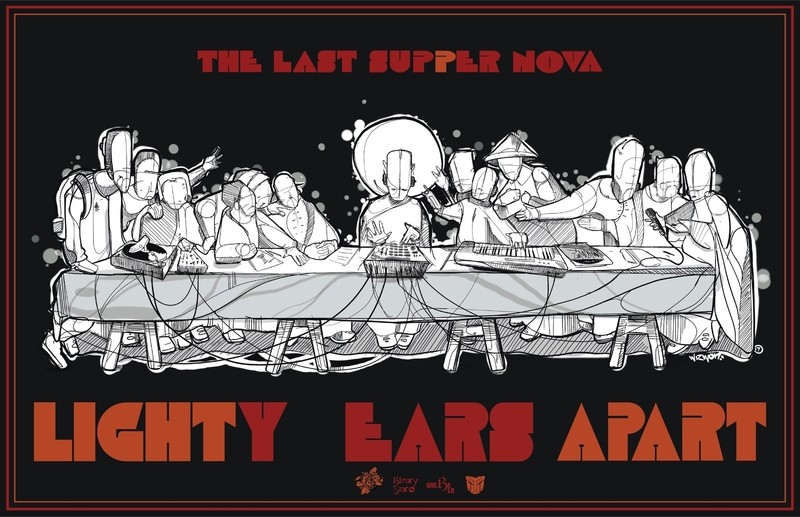 Binary Star made its long-awaited return in 2017 by releasing Water World 3, the group’s first LP in over 15 years and one HipHopX’s Most Slept-On Albums the year. Fans don’t have to worry about waiting so long again as One Be Lo has announced a double LP titled LightY ears Apart and released a video for the first single, “The Last Supper Nova.”

“The whole concept is Binary,” One Be Lo told DX about the upcoming project. “Two stars that revolve around each other. This double album is really two stars or albums that revolve around each other. The project Light Years Apart is actually LightY and ears Apart. Most the songs are named after constellations because they contain two or more stars that also happen to be light years apart. The topics are broad and all over the place, but they all shine. The whole concept is Binary. The Last Supper Nova explains why the Star shines bright but it also exploded, so that it no longer exists as we knew it before. The Super Nova. The Last Supper. It’s all prophetic and conceptual.”

One Be Lo explained that LightY ears Apart is a continuation the concept explored on last year’s Water World 3.

“Basically, there was One anonymous Man who sojourned in search the Slang Blade,” he said. “He traveled to Egypt for ancient wisdom, only to discover a box with inscriptions, that made noise. After deciphering the code, he learned that he had to turn to the stars. A bright star leads him toward a Water World where he would soon recover the Slang Blade. His mission was to kill the two-headed dragon that threatened the survival the entire Water World. This is that saga, that continues.”

Additional contributors to the album include DMT, Ro Spit, Kodac, Courtney Wheaton-Peck, Coko Buttafli, Bre Ma, Jason Berry, Tate McBroom, Tony Ozier and Obed with beatboxing by Ashley “Say Wut” Moyer” and scratches by DJ Virus. Production is handled by One Man Army and The Autocons. No release date has been set.

Check out the cover art and tracklist below. Watch “The Last Supper Nova” above.