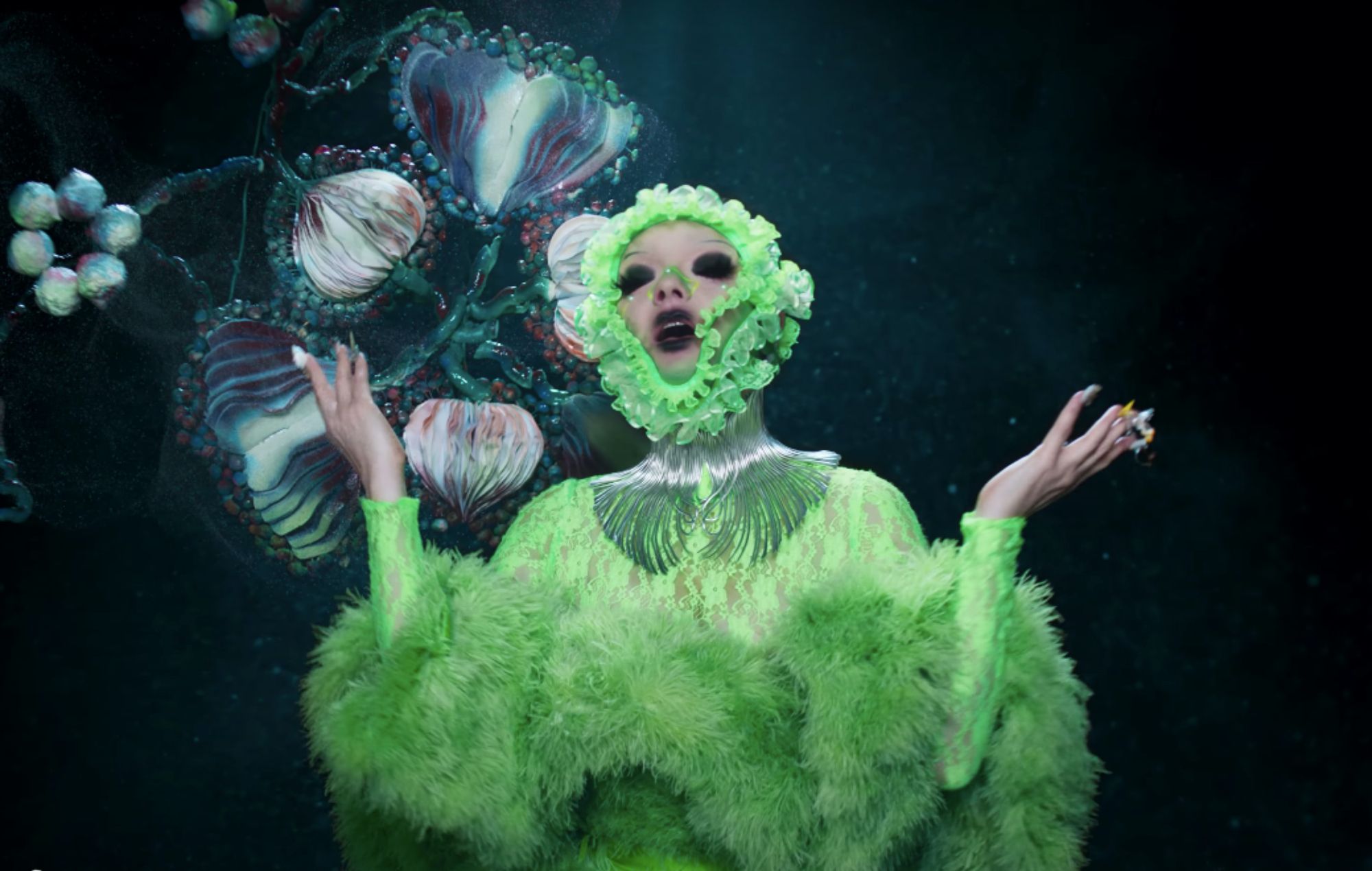 Björk has shared a brand new single called ‘Atopos’ – you can listen to it below.

The song serves as the first preview of the Icelandic artist’s 10th studio album ‘Fossora’, which is due to arrive on September 30 via One Little Independent Records (pre-order here).

“Could you please play it loudly?” Björk asked fans on Twitter today (September 6) upon releasing her abrasive, bass-heavy latest offering.

“The lyrics are inspired by what Roland Barthes described as the unclassifiable OTHER ‘our differences are irrelevant our union is stronger than us’.”

In a separate tweet, Björk explained: “[‘Atopos’ is] sonically a heavy bottom-ended bass world. We have six bass clarinets, punchy sub-drilling, nesting and digging us into the ground.”

The surreal official video for the single – directed by Viðar Logi – follows Björk as she parties in an otherworldly fungal environment. She stars as the “glowing forest sprite” character that appears on the ‘Atopos’ cover artwork.

https://t.co/CMtfh5QuXZ
here is the first video of my album to the song “atopos”
could you please play it loudly?

Speaking previously about the forthcoming ‘Fossora’, Björk explained that the record is about “a word i made up. It is the feminine of fossore (digger, delver, ditcher), so in short it means ‘she who digs’ ( into the ground ).”

She said: “Each album always starts with a feeling that I try to shape into sound. This time around the feeling was landing on the earth and digging my feet into the ground.

“It was also woven into how I experienced the ‘now’. This time around 7 billion of us did it together nesting in our homes quarantining being long enough in one place that we shot down roots.”

In October 2021, Björk said that the LP had been created “for people who are making clubs at home in their living room” during the COVID-enforced lockdowns.

You can see the full tracklist for ‘Fossora’ beneath.

Two songs from the record – ‘Sorrowful Soil’ and’‘Ancestress’ – are said to be directed tributes to the singer’s mother, Hildur Rúna Hauksdóttir, who died in 2018 aged 72.

“I think me and my brother were not ready to … we thought she had 10 years left,” Björk told The Guardian. “So we were like: ‘Come on,’ and getting her to fight and … and it was like she had an inner clock in her and she was just ready to go.”

Meanwhile, Björk has also launched a new podcast series in which she reflects on the creation of each of her studio albums.