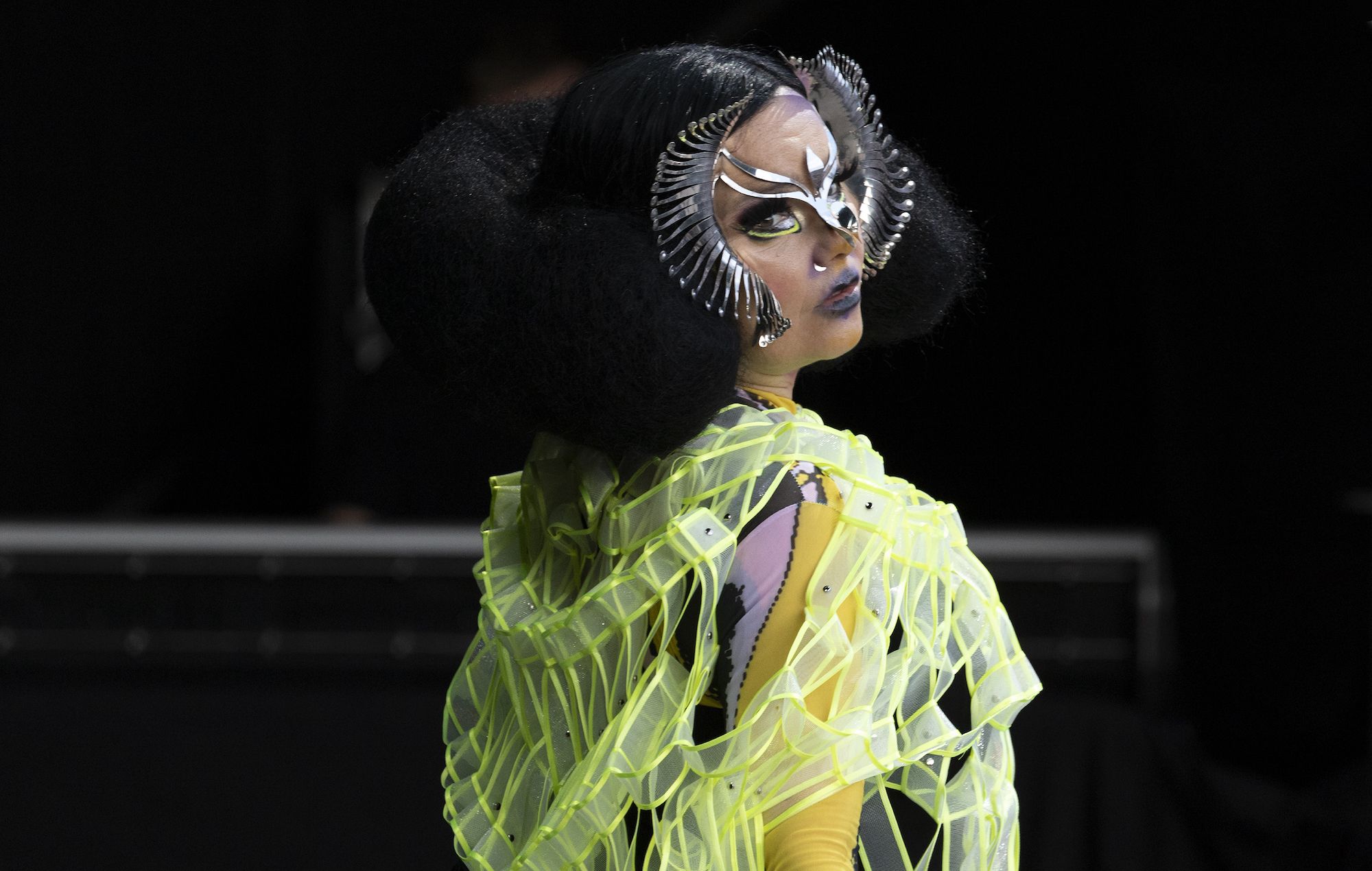 Björk has shared the artwork and release date of her upcoming new album ‘Fossora’, and shared more details on its themes.

The singer’s upcoming 10th album – the follow-up to 2017’s ‘Utopia’ – was announced during a recent interview. It’s due for release this autumn via One Little Independent Records, with the artist having shared a pre-order link showing the album available from September 30.

After revealing that the album’s first single is called ‘Atopos’, the singer has now shared the artwork and pre-order details for ‘Fossora’, as well as a statement outlining more of the album’s themes.

“each album always starts with a feeling that i try to shape into sound,” she wrote on Instagram today (August 31). “this time around the feeling was landing on the earth and digging my feet into the ground.

“it was also woven into how i experienced the “now”. this time around 7 billion of us did it together nesting in our homes quarantining being long enough in one place that we shot down roots.”

She went on: “my new album “fossora” is about that. it is a word i made up. it is the feminine of fossore ( digger, delver, ditcher ), so in short it means “she who digs” ( into the ground ).

“so sonically it is about bass, heavy bottom-end, we have 6 bass clarinets and punchy sub.”

She went on to thank her collaborators on the album, including serpentwithfeet and her children, Sindri and Dóa.

Two songs from the record – ‘Sorrowful Soil’ and ‘Ancestress’ – are said to be directed tributes to the singer’s mother, Hildur Rúna Hauksdóttir, who died in 2018 aged 72.

“I think me and my brother were not ready to … we thought she had 10 years left,” Björk told The Guardian. “So we were like: ‘Come on,’ and getting her to fight and … and it was like she had an inner clock in her and she was just ready to go.”

‘Fossora’ is set to feature collaborations with Serpentwithfeet and Indonesian punks Gabber Modus Operandi, as well as contributions from her son Sindri and daughter Doa.

In October 2021, Björk said that the album was created “for people who are making clubs at home in their living room” during the COVID-enforced lockdowns.

Following the announcement of the new album, Björk has also launched a new podcast series in which she’ll reflect on the creation of each of her studio albums.

The first three episodes of Björk: Sonic Symbolism will be released tomorrow (September 1), delving into the worlds of ‘Debut’ (1993), ‘Post’ (1995) and ‘Homogenic’ (1997) respectively. Additional instalments will follow album-by-album on a weekly basis until October 13.

In a statement, Björk described her forthcoming podcast venture as “an experiment to capture which moods, timbres, and tempos were vibrating during each of these phases” of her career.