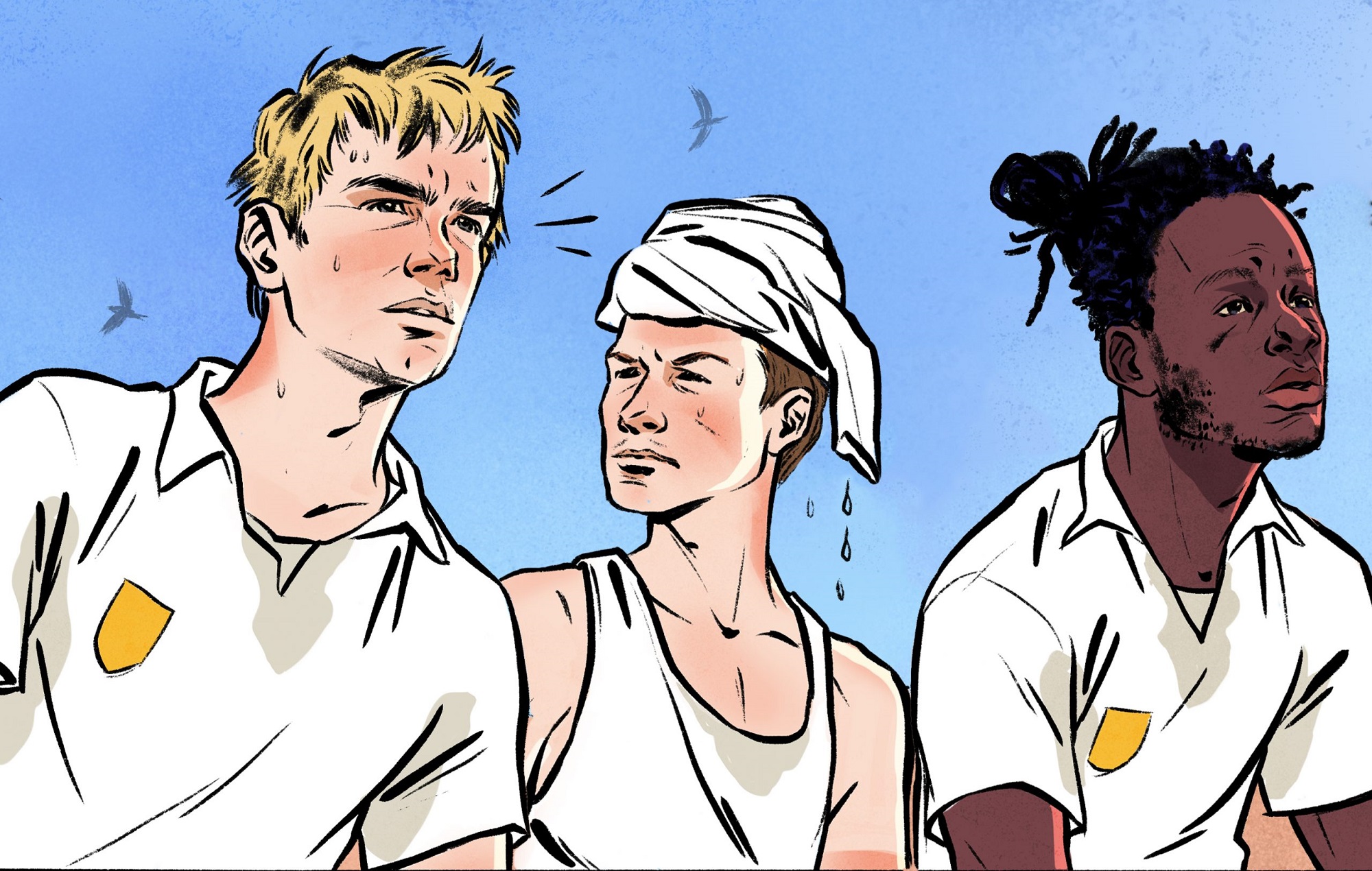 Black Midi have shared the third taste of their upcoming album ‘Cavalcade’ in the form of new single ‘Chondromalacia Patella’.

You can listen to the hectic single below, which comes with visuals directed by Vilhjálmur Yngvi Hjálmarsson and was inspired by an injury one band member sustained while running.

‘Cavalcade’ will be released on May 28 via Rough Trade.

Lead single ‘John L’ was released from the record on March 23 which was followed by ‘Slow’ last month.

In addition, the band have announced details of a competition which will see golden tickets hidden inside one UK copy and one US copy of the album on vinyl.

A person who finds a ticket can claim one of three prizes: Black Midi to perform at a function of their choosing, a day in the studio with the band for a creative collaboration, or guestlist spots for all future worldwide Black Midi headline live shows.

The band will host a listening party for ‘Cavalcade’ next Wednesday (May 26), which will feature the album played in full via YouTube.

On the day of the album’s release, the group are playing two socially distanced launch gigs at London’s Hackney Church. The shows will take place on May 28 at 5:45pm and 8:30pm BST.

Earlier this year, Black Midi announced that bassist Matt Kwasniewski-Kelvin had been taking time away from the band due to mental health issues.