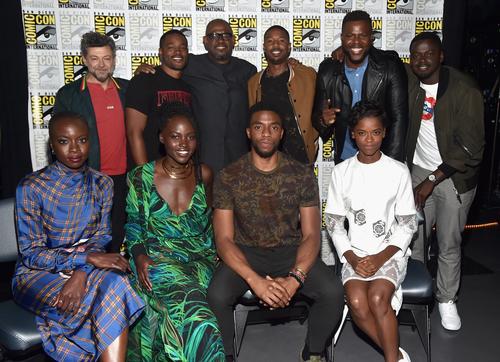 Marvel’s Cinematic Universe has rapidly expanded over the years, introducing a whole slew characters and narratives that continually captivate legions dedicated fans. Hot f the heels the studio’s latest triumph Black Panther, the head honchos at Marvel are gearing up for the release  Avengers: Infinity War, which will include a roster over 60 notable superheroes/villains embroiled in an epic, two-part saga.

Speaking with Entertainment Weekly, Kevin Feige, the current president the MCU, reveals how the studio will definitely pursue a sequel to Black Panther. Feige notes how “one the favorite pastimes at Marvel Studios is sitting around on a Part One and talking and dreaming about what we would do in a Part Two.” While there is no concrete information regarding the second Black Panther film, the producer does reveal that the studio has “ideas and a pretty solid direction” for the next instalment in the intended series.

However, the studio is focused on their upcoming roster projects that are slated to be released in the near future. “It’s all about getting Infinity War finished and out, starting Captain Marvel, Ant-Manand the Wasp, Untitled Avengers, the next Spider-Man, and Guardians the Galaxy: Vol. 3,” Feige notes. “These are the ones that are keeping us busy.”

Furthermore, Marvel will also deliver more diverse characters and narratives to broaden their scope. “As Panther has so loudly declared, representation] can only help you, can only help you tell unique stories, can only help you do things in a new, and unique, and fresh, and exciting way,” Feige reveals. “If you do that, audiences will notice it, and appreciate it, and support it.”