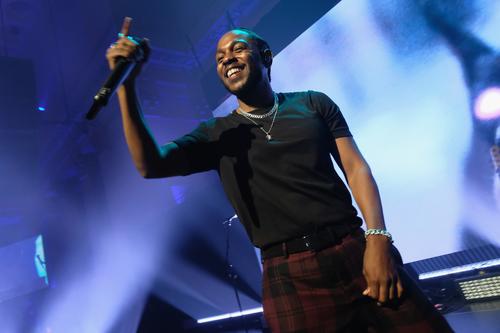 "Black Panther: The Album" Expected To Debut At #1 On Billboard 200

There’s no doubt the anticipation surrounding the Black Panther soundtrack was high. From the second it was announced that Kendrick Lamar and Top Dawg would be executive producing it, especially after such a major 2017, it was bound to be one the hottest projects to kick f the year. The album finally dropped last Friday and everyone’s been picking out their favorite songs and features on the album. Now, the album is projected to make a huge mark on the Billboard charts.

Billboard’s “industry forecasters” predict Black Panther: The Album is gearing up to debut at #1 on Billboard 200 album. They say that they’re looking at the equivalent 100K album sales within it’s first week ending on Feb 15th. The album features some the game’s heavy hitters including Kendrick Lamar, SZA, Khalid, Travis Scott, The Weeknd and more. In addition, two songs f the project are sitting in the top 40 the Billboard Hot 100. Kendrick Lamar and SZA’s “All The Stars” sits at number 31 while Kendrick and The Weeknd’s “Pray For Me” are at number 7.

Prior to the album’s release, Black Panther director Ryan Coogler, explained that Kendrick was initially only going to do a few songs on the project until he fully watched the movie. TDE’s in-house producer, Sounwave, also said that Kendrick started plotting it during the “DAMN.” tour over the summer.