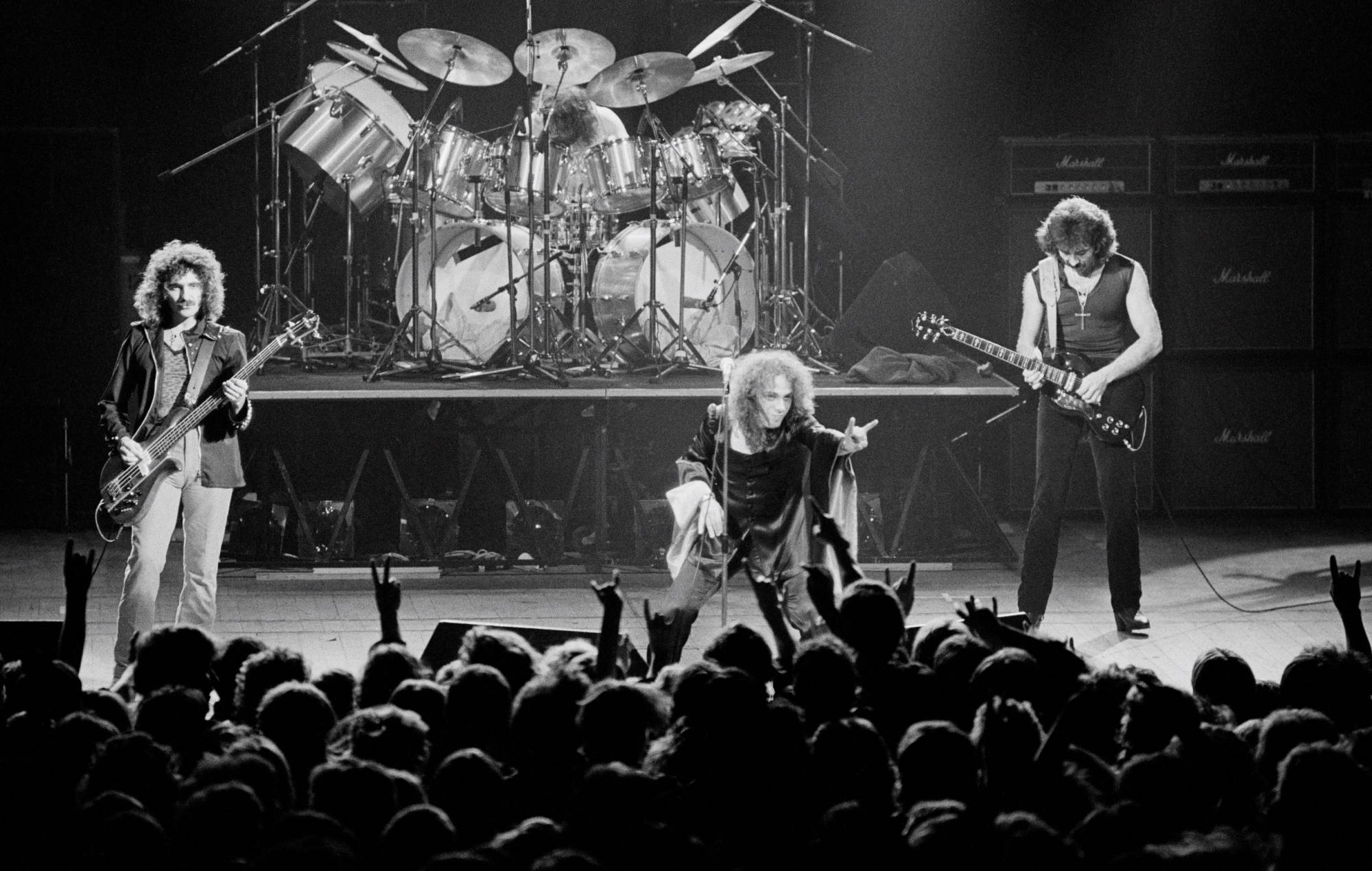 Black Sabbath‘s Geezer Butler has recalled in a new interview how he first showed Ronnie James Dio the ‘devil horns’ hand sign before the late frontman popularised the gesture.

The ‘devil horns’ became synonymous with Dio, who passed away in 2010, during his time fronting Black Sabbath.

Speaking in a new interview with SiriusXM’s Trunk Nation With Eddie Trunk, Butler explained how he’d been doing the ‘devil horns’ sign prior to Dio joining the band and that he has “pictures of me doing it since 1971”.

“And I always used to do it in the breakdown in the [1970] song ‘Black Sabbath’ – just before it goes into the fast part at the end, I’d do that sign to the audience,” the bassist said.

“On the first couple of ‘Heaven And Hell’ tour shows, Ronnie was saying, ​‘When I’m going on stage everybody is doing the peace sign to me, and that’s an Ozzy [Osbourne] thing. I feel like I should be doing something back to them.’

“[Dio] says [to Butler]: ​‘What’s that sign that you do in ‘Black Sabbath’?’ And I showed him the ‘devil horns’ sign. And he started doing it from there and made it famous.”

When asked why he’d never spoken publicly about this before, Butler said that he​ “didn’t really think much of it”.

“As I say, I’ve got pictures of me doing it in 1971. And it was just an alternative to Ozzy’s peace signs, I was doing it. And if you look at the ‘Yellow Submarine’ album cover John Lennon’s cartoon character is doing it, in 1966 or whatever it was [‘Yellow Submarine’ was released in January 1969]. So it’s an old sign. I was just doing it ​’cause [occultist] Aleister Crowley used to do it.”

In a subsequent pair of tweets posted yesterday (March 9), Butler further clarified that he doesn’t claim to have invented the ‘devil horns’ sign.

Just to clarify..I did not say I invented the ‘devil horns’ hand sign, I always used it in the song Black Sabbath. I merely shared an onstage moment between Ronnie and me. Ronnie made it famous, and it will always be associated with him, regardless of what anyone else says.

“I merely shared an onstage moment between Ronnie and me,” he explained about his interview comments. “Ronnie made it famous, and it will always be associated with him, regardless of what anyone else says.”

Butler added that he doesn’t want “people to think that I was dissing Ronnie in any way” in the interview.

“He was one of my dearest friends ever, and I will always miss him and our friendship.”

Back in January a rare demo of Black Sabbath’s ‘Heaven And Hell’, which was recorded during a rehearsal session, surfaced online.