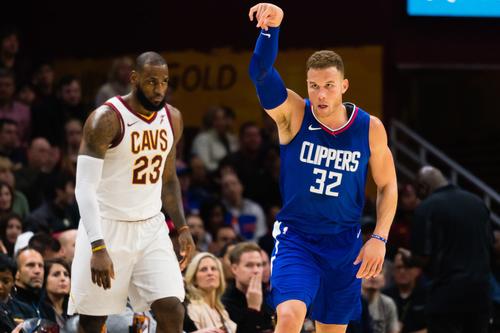 Blake Griffin wrapped his first film role last year and we wouldn’t be surprised if there are more projects in the works.

The comedy film is based on the 2006 book “The Female Brain” by Louann Brizendine, which focuses on a female scientist who studies the differences between the male and female brain, and how her findings dictate the way she lives her life.

Griffin has previously been featured in a number commercials, including numerous Kia and Foot Locker ads, and has also made a few TV cameos on “Greek” and “90210.” Fans will soon be able to watch the Los Angeles Clippers’ All-Star forward’s film debut, as “The Female Brain” is slated to release nationwide on February 9th.

As for his “day job,” Griffin is up to his usual tricks averaging 22.8 points, 7.5 rebounds and 5.2 assists in 24 games this season. At 19-21, roughly halfway through the season, the Clippers are currently sitting in ninth place in the Western Conference.

Check out the ficial trailer for “The Female Brain” below.