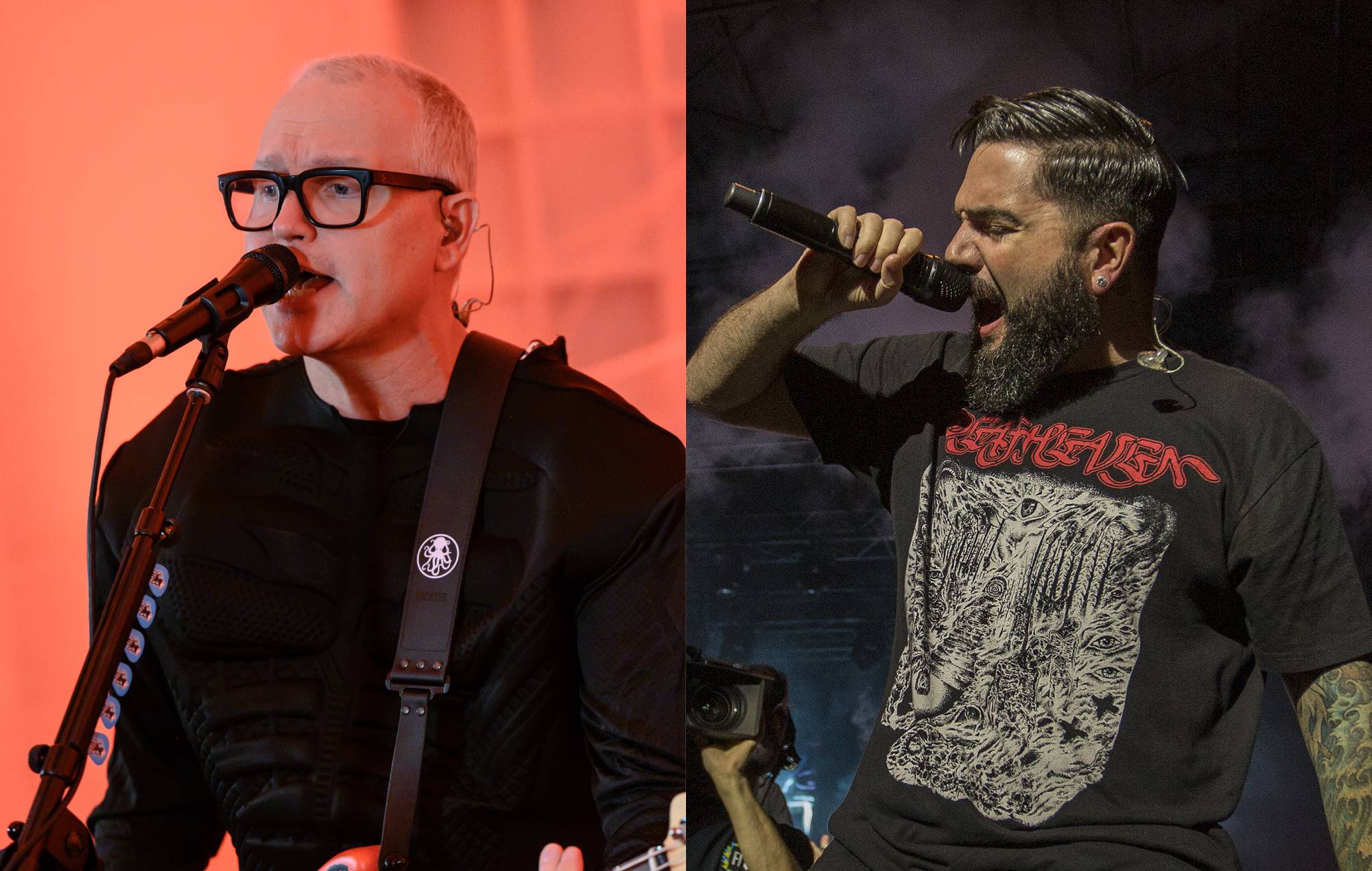 A Day To Remember have released a new version of their single ‘Re-Entry’ featuring Blink-182‘s Mark Hoppus.

The release marks another major return to recording music for Hoppus since breaking the news that he was cancer-free last September. The singer and bassist had previously been diagnosed with 4-A diffuse large B-cell lymphoma.

On re-recording the song with Hoppus, A Day To Remember vocalist Jeremy McKinnon said: “When this song originally took shape it was without a doubt massively influenced by Blink-182, so when the idea came up to do a remix of sorts for it, Mark was immediately who we pictured.

“We sent him the track with no second verse and said to do whatever he was inspired to do and what he sent back genuinely makes the song for me. My younger self still can’t believe it exists.”

You can hear the new version of ‘Re-Entry’ below:

Earlier today (January 20), Avril Lavigne spoke about the “huge honour” of collaborating with Hoppus on her forthcoming new album.

As announced last week, Lavigne’s seventh studio record ‘Love Sux’ – set to be released on February 25 – will contain a track called ‘All I Wanted’, which features the Blink-182 star.

During a recent conversation on the bassist’s Apple Music Hits show, After School Radio, the Canadian singer-songwriter said: “I was really excited to work with you. I mean, to be honest, you’re one of my favourite artists.”


Back in November, Hoppus also gave an update on Blink-182, saying the band are open to the return of former frontman Tom DeLonge.

“We haven’t really talked about that, but I’m open to anything in the future,” Hoppus told GQ. ​“I don’t know how that would work if it’s all four of us. Like, we’re all going to live in the same house again?”

The pair recently made up after DeLonge learned of Hoppus’ diagnosis.