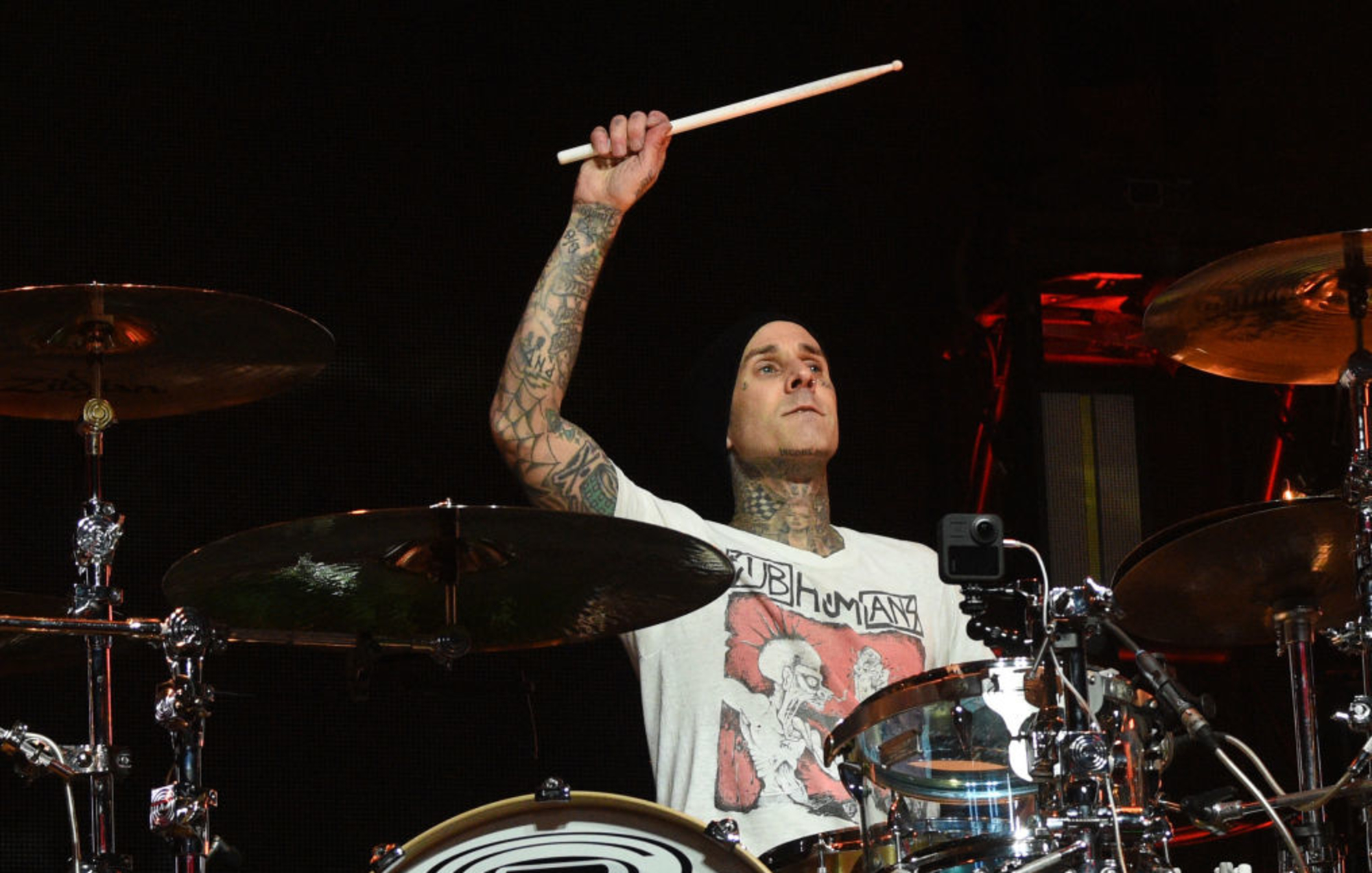 Blink-182’s Travis Barker says 2008 plane crash made him quit prescription drugs: “It was my rehab”

Blink-182‘s Travis Barker has opened up on the emotional impact of the plane crash which nearly claimed his life in 2008, including how it led him to quit taking prescription drugs.

The drummer and close friend DJ AM were travelling back from a performance in South Carolina when their plane’s tires blew during takeoff.

The plane was engulfed by flames after skidding across a highway, killing the two pilots, Barker’s assistant Chris Baker and security guard Chris ‘Che’ Still.

Barker suffered third degree burns on 65% of his body and spent three months in hospital for 26 surgeries, while DJ AM died from a drug overdose a year after the accident.

Discussing the lasting emotional toll of the incident, he told Men’s Health: “I was dark. I couldn’t walk down the street. If I saw a plane [in the sky], I was determined it was going to crash, and I just didn’t want to see it.

Prior to the crash, Barker explained, he used to smoke an “excessive amount of weed” and was addicted to painkillers, to the extent where he developed osteoporosis.

When he left hospital after the crash, he immediately flushed the drugs down the toilet.

“Lose three of your friends and almost die? That was my wake-up call. If I wasn’t in a crash, I would have probably never quit.”

Opening up on the lasting emotional toll of the incident, he added: ” The closer I was to it, it felt like I was closer to the bad stuff than I am to the good stuff. I felt closer to the experience of trying to escape, [to] being in an accident and being burned, trying to grab my friends from a burning plane. That haunted me for a long time.”

In the 12 years since the crash, Barker has never boarded a plane again, but still hopes he will overcome his fears.

“If I do it, and the angels above help me in my travels and keep me safe, I would like to come back and [tell my kids], ‘Hey, I just flew here, and then I flew home. And everything was fine’”,”

“I have to tell them, because I almost left them. That’s a perfect day.”