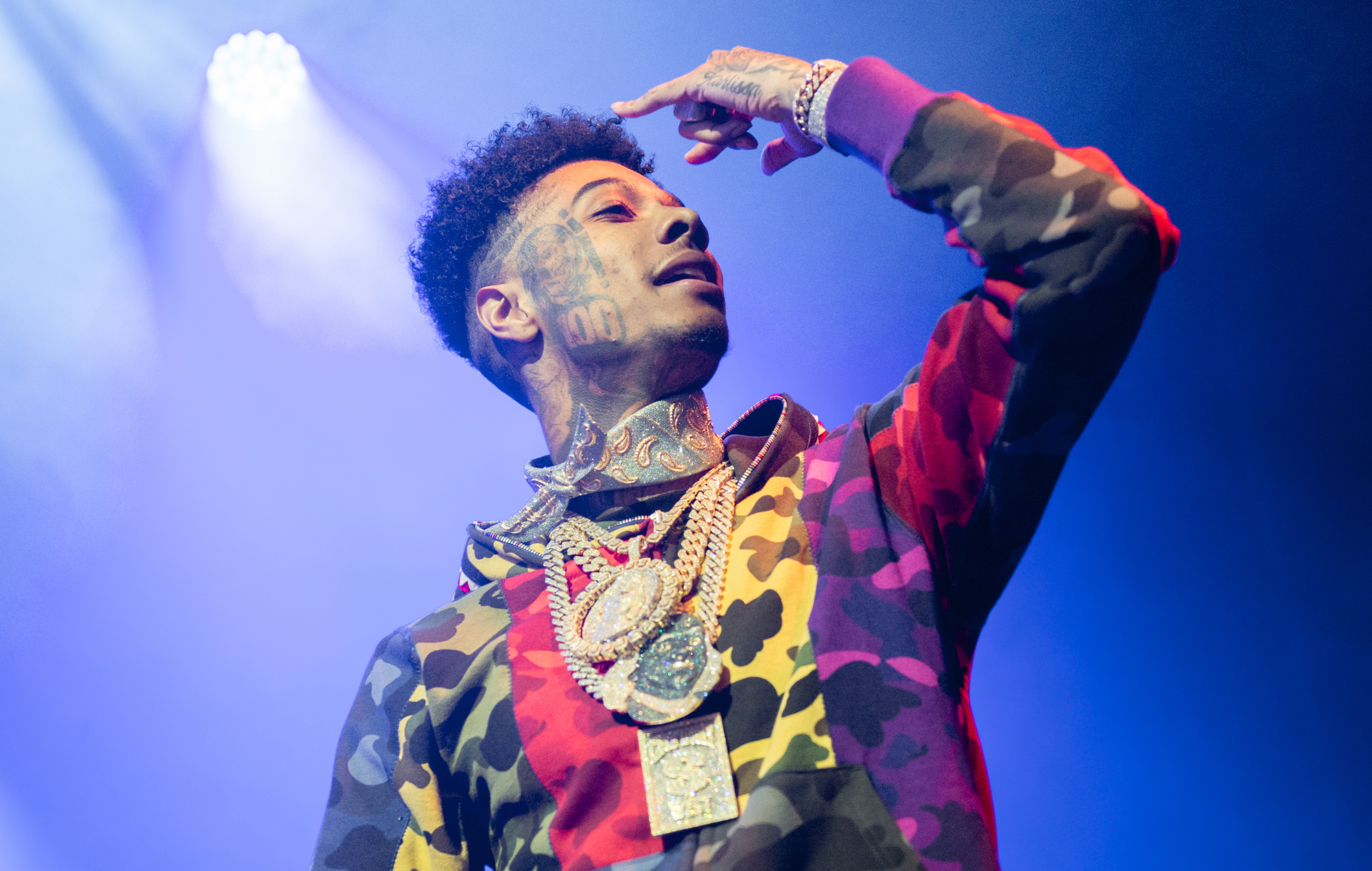 Blueface arrested in Las Vegas on suspicion of attempted murder

According to TMZ, Blueface – real name Johnathan Porter – had a warrant out for his arrest stemming from a shooting that occurred on October 8. A video published by TMZ shows the rapper, who was accompanied by his girlfriend outside a chicken and waffles establishment, being apprehended by multiple plainclothes police officers.

The Las Vegas Metropolitan Police Department have since issued a statement confirming Porter’s arrest, noting that the shooting in question took place “in the 6000 block of Windy Road”. According to the statement, Porter “will be booked into the Clark County Detention Center on warrants for attempted murder with a deadly weapon and discharging a firearm at/into an occupied structure”.

At the time of writing, Porter is yet to speak publicly about his arrest. NME have reached out to representatives of his for comment.

This is not the first time Porter has run into legal trouble. In November 2018, the rapper was arrested and charged with shooting at an occupied vehicle; at the time, it was reported that a “dispute” had broken out between Porter and another party at a gas station in California. He was subsequently released on $69,000 bail.

Then, in February 2019, Porter was arrested on a charge of felony gun possession, after police found an unregistered loaded handgun on his person. Porter’s manager reportedly denied that his client was ever in possession of the handgun. He was reportedly released on $35,000 bail. In February of this year, too, he was reportedly arrested for possession of a concealed firearm in a vehicle and driving on a suspended license.

Blueface is known for his 2018 song ‘Respect My Cryppin’, which went viral on social media shortly after its release that October. He’s thus far released one studio album, 2020’s ‘Find The Beat’, and has two Platinum singles to his name (‘Thotiana’ and ‘Daddy’) as well as three Gold singles (‘Bleed It’, ‘West Coast’ and ‘Outside’).