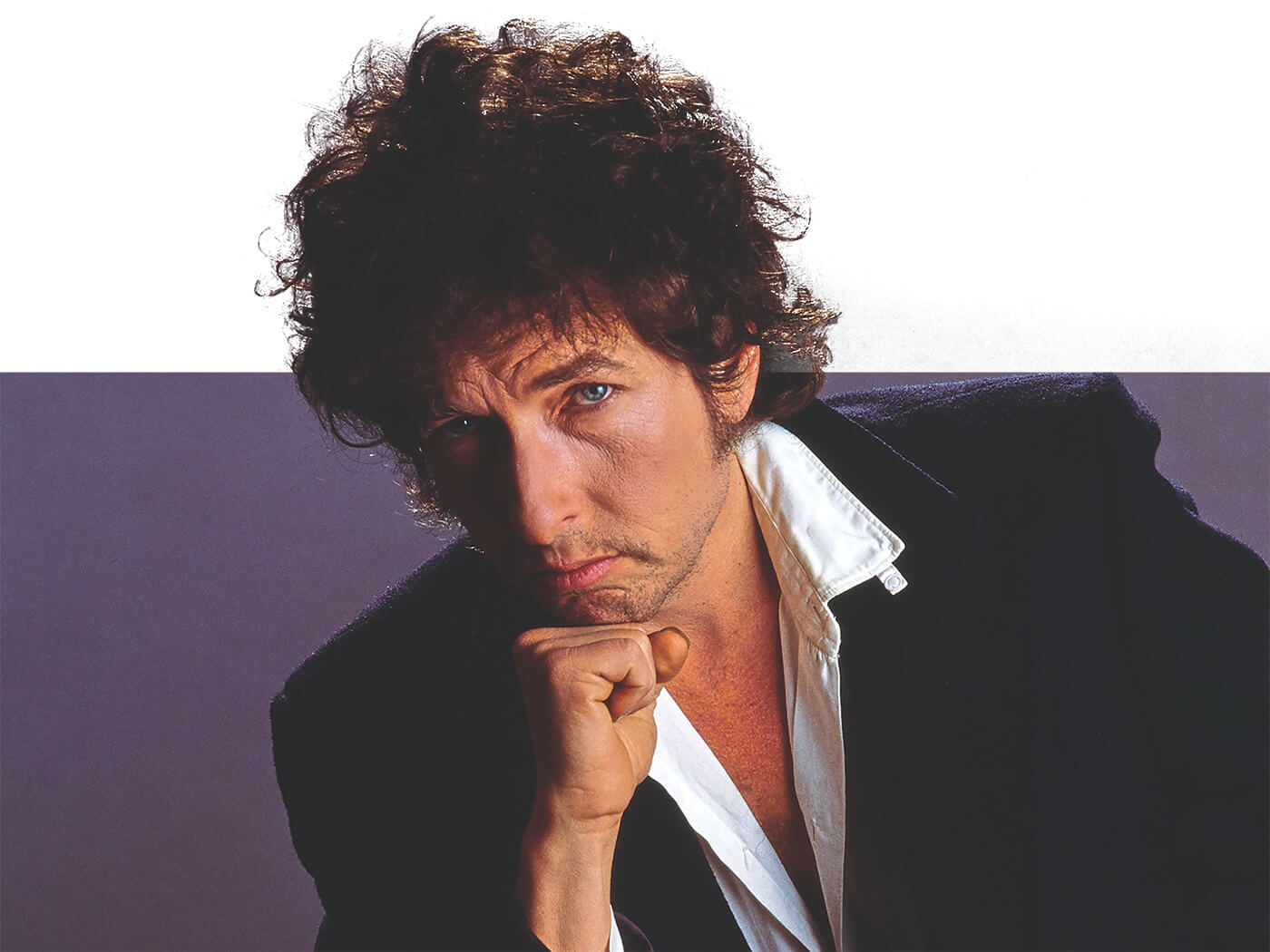 Behold Bob Dylan’s ’80s, that blighted hour. No-one could really argue if you described it as largely a time of muddle and waste, lit up here and there by occasional flashes of the inspiration Dylan seemed previously to have had on speed dial but which was now mostly dodging his calls. The records he made then are testament to that – the versions of them he released, anyway. There were six studio albums across those years, and Springtime In New York – in its fullest iteration, a 5CD set with 57 tracks – focuses on the first three, Shot Of Love, Infidels and Empire Burlesque. All of them were shadows of the albums they could have been – the outtakes are a testament to that. All those orphaned tracks, recorded and discarded, sprung eventually from extended archival jail time by the liberating hand of the Bootleg Series.

Springtime In New York picks up Dylan’s story in April 1981, 11 months after the 79-date Gospel Tour redemptively documented on Trouble No More: The Bootleg Series, Volume 13, Dylan wrapping an unprecedented eight months’ work on Shot Of Love, his third consecutive album of evangelical sermonising. It’s released in August 1981 to a dismal reception and worse sales. Dylan would probably have got better reviews if he’d packed the album with the cover versions recorded during album rehearsals, featured here on CDs 1 and 2. There’s a version, for instance, of The Temptations’ I Wish It Would Rain, sensationally sung, that Dylan virtually throws himself into; a dark, churning Mystery Train, with gospel wailing, writhing guitars and Ringo Starr on drums; a simmering version of the Peggy Lee standard Fever; a duet with Clydie King on Let It Be Me that turns The Everly Brothers’ heartbreaker into a lover’s prayer, a full-on rendition of Neil Diamond’s Sweet Caroline. Among the discarded Dylan originals included here, the raucous Price Of Love is driven by a Bo Diddley beat, garage band organ, sax and rockabilly guitar, Fur Slippers is a rough, sardonic blues and Borrowed Time is something you wish Bob Johnston had got his hands on.

Even the album’s harshest critics recognised Every Grain Of Sand as a remarkable thing, one of the great songs of the Born Again era. Shot Of Love was otherwise shot down in flames. How different it might have been if Dylan hadn’t jettisoned three key tracks. The raging Groom’s Still Waiting At The Altar was dropped from the original vinyl release but reinstated for the CD edition. The apocalyptic panoramas of the mighty Angelina weren’t revealed, however, until 1991 when a sepulchral piano and organ-led version appeared on The Bootleg Series: Volumes 1–3. The version here is the very first take, with a full band, but feels already like something shaping up to be astonishing. Caribbean Wind remains the album’s greatest lost track. An epic song about romantic turmoil and Armageddon written in the time-shifting narrative style of Tangled Up In Blue, it appeared in a lumpy version on Biograph. There was a lovely, slowed-down rehearsal version on Trouble No More, plus a live version from November 1980 at San Francisco’s Warfield Theatre that Clinton Heylin described as Dylan’s “greatest in-concert performance”. The best take, however, was the swaggering Studio 55 version of bootleg legend, produced by Jimmy Iovine with David Mansfield on mandolin, disappointingly missing from this set. Pretty galling when there is yet space for an alternative version of the lamentable Lenny Bruce, complete with choir.

CDs 3 and 4 offer Infidels tracks blessedly stripped of producer Mark Knopfler’s digital trickery and overdubs. There’s a fabulous early run at Jokerman, and a heart-breaking Don’t Fall Apart On Me Tonight. A full band version of Blind Willie McTell from the first day of recording gathers an ominous momentum. It’s fascinating also to witness the overnight transformation of surreal shaggy dog story Too Late into the vengeful Foot Of Pride, a slower version here than the careening take on the first Bootleg Series collection. No amount of knob-twiddling revisionism, however, can rescue the protest boogie of the unreleased Julius And Ethel or divest the bulk of Infidels’ songs, sanctimonious rockers mostly, of the millennial piety still attached to Dylan’s songwriting.

This is happily not the case on CD5, largely dedicated to 1985’s Empire Burlesque. With the deft elimination of Arthur Baker’s era-specific production effects, I Remember You becomes a ravishing thing, the gospel lilt of Emotionally Yours a gorgeous highlight. Dark Eyes, as ever, enthrals. Two early versions of the foreboding When The Night Comes Falling From The Sky catch it on its way to the firestorm take on Bootleg Series Volumes 1–3. The jewel here, of course, is New Danville Girl, which, extensively rewritten, would become the even more extraordinary Brownsville Girl. Many people prefer the down-home warmth of the original to the hyperreal big production of the blockbuster remake on Knocked Out Loaded; but in both versions this epic song about love, memory and myth is one of the greatest illuminations on Dylan’s often long dark road to fully rediscovering himself in time for the great last act of his career.