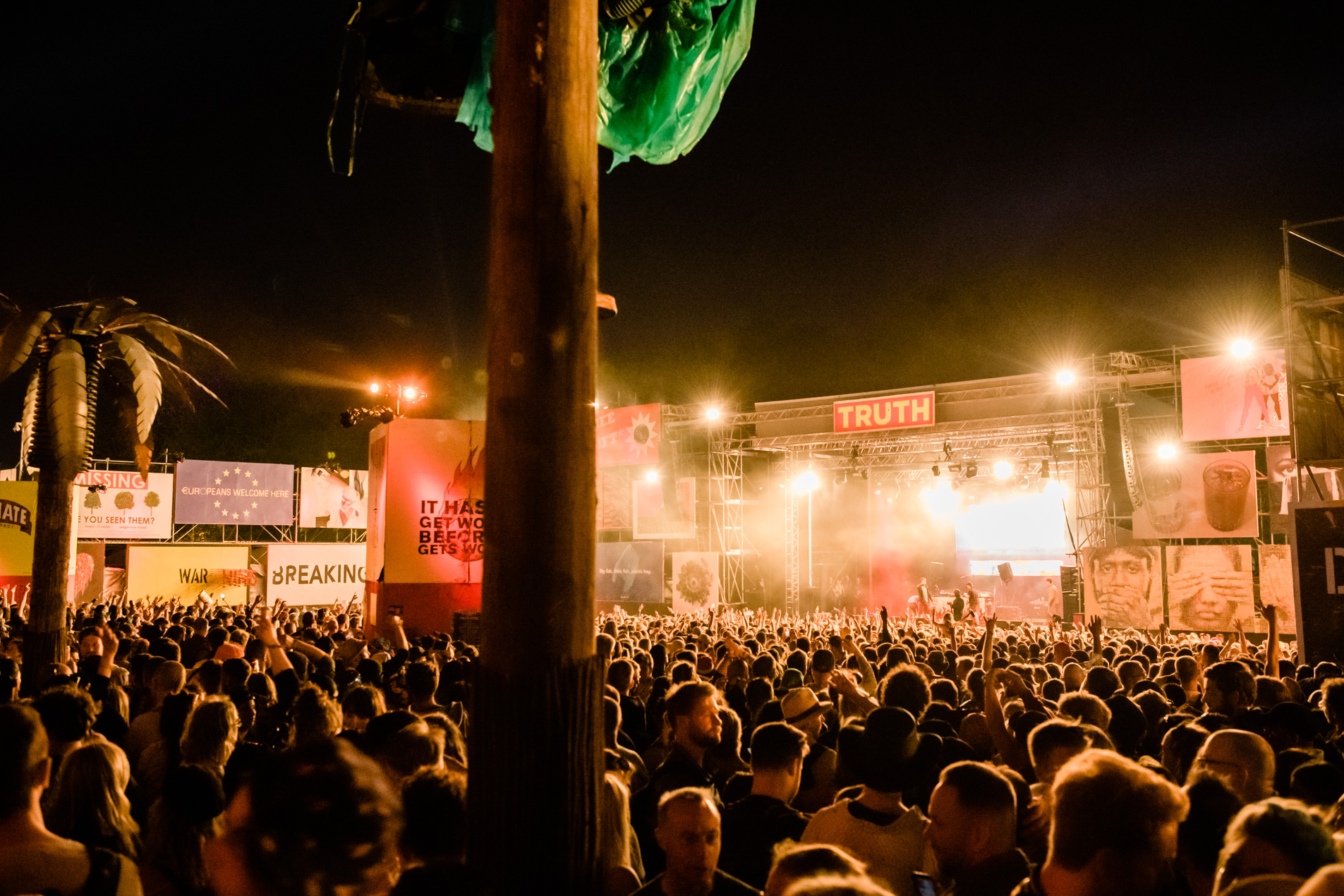 Glastonbury has announced the line-up for its Shangri-La area at this year’s festival, with the likes of Bob Vylan, Brass Against and Nova Twins set to perform.

The bill continues to grow for the returning Worthy Farm festival, which will be held next month from June 22-26.

Shangri-La, a popular live music and late-night area located in the south-east corner of the festival site, has now revealed its line-up and theme for 2022, ‘WE THE PEOPLE’.

“Shangri-La 2022 presents: WE THE PEOPLE,” a statement on the festival’s site reads. “Community, collaboration and hope for the next generation. The first of many exciting announcements…We cannot wait to reconnect!!!”

A host of live acts have been confirmed this morning (May 4) for Shangri-La at Glastonbury 2022, including the aforementioned Bob Vylan, Brass Against and Nova Twins.

The incredible @ShangrilaGlasto is back for Glastonbury 2022!

WE THE PEOPLE: Community, collaboration and hope for the next generation. pic.twitter.com/3CDqtn4vKC

This latest Glastonbury line-up follows on from yesterday’s reveal of the bill for the Left Field stage, which will feature the likes of Yard Act, Billy Nomates and Billy Bragg.

Elsewhere at Glastonbury 2022, Arcadia will welcome DJ sets from the likes of Calvin Harris, Four Tet and Nia Archives, while Fatboy Slim, Romy and Mura Masa will perform in the Silver Hayes area. Sugababes and The Damned, meanwhile, are on the line-up for the Field Of Avalon.


Last weekend Lewis McLaughlin won Glastonbury’s Emerging Talent Competition 2022, with Crae Wolf and English Teacher finishing as runners-up. All seven of the finalists at this year’s competition will play at the 2022 festival.